Larkspur, Calif. – Jan. 28, 2019 – Epic Games and Deep Silver today announced a partnership that will see the digitally-distributed PC version of the highly anticipated Metro Exodus release on February 15th 2019 solely through the Epic Games store. If you are excited enough to build your own gaming PC before this release, you can check this detailed guide at Definite Point.

Players worldwide can now pre-purchase both Standard and Gold Editions at EpicGames.com, from $49.99 in North America and €59.99 in most European countries*. All pre-orders include the Metro Exodus Original Soundtrack and ‘The World of Metro’ Digital Art Book.

“Metro Exodus is amazing and is deservedly one of the most anticipated PC titles of 2019,” said Tim Sweeney, founder and CEO of Epic. “We are partnering with Deep Silver to launch Metro Exodus, underpinned by Epic’s marketing support and commitment to offering an 88 percent revenue split, enabling game creators to further reinvest in building great games and improving the economics of game stores for everybody.”

“We are delighted to partner with Epic to bring the digital PC version of Metro Exodus to market,” said Dr. Klemens Kundratitz, CEO at Deep Silver. “Epic’s generous revenue terms are a game changer that will allow publishers to invest more into content creation, or pass on savings to the players. By teaming up with Epic we will be able to invest more into the future of Metro and our ongoing partnership with series developer 4A Games, to the benefit of our Metro fans.”

Any customer with an outstanding pre-order for Metro Exodus on PC through any digital retailer will receive their game as expected.

Metro Exodus is an epic, story-driven first-person shooter from 4A Games that blends deadly combat and stealth with exploration and survival horror in one of the most immersive game worlds ever created. Explore the Russian wilderness across vast, non-linear levels and follow a thrilling story-line that spans an entire year through spring, summer and autumn to the depths of nuclear winter. Inspired by the novels of Dmitry Glukhovsky, Metro Exodus continues Artyom’s story in the greatest Metro adventure yet. 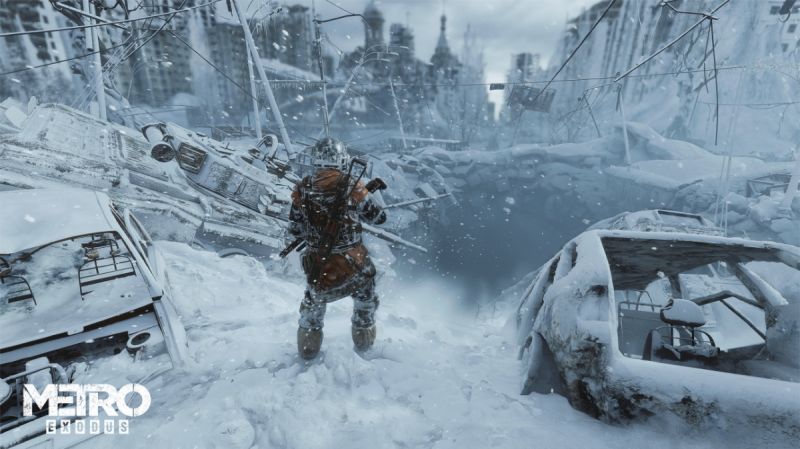 A quarter-century after nuclear war devastated the earth, a few thousand survivors still cling to existence beneath the ruins of Moscow, in the tunnels of the Metro.

They have struggled against the poisoned elements, fought mutated beasts and paranormal horrors, and suffered the flames of civil war. But now, as Artyom, you must flee the Metro and lead a band of Spartan Rangers on an incredible, continent-spanning journey across post-apocalyptic Russia in search of a new life in the East.

Metro Exodus is an epic, story-driven first person shooter from 4A Games that blends deadly combat and stealth with exploration and survival horror in one of the most immersive game worlds ever created.

Explore the Russian wilderness across vast, non-linear levels and follow a thrilling story-line that spans an entire year through spring, summer and autumn to the depths of nuclear winter.

Inspired by the novels of Dmitry Glukhovsky, Metro Exodus continues Artyom’s story in the greatest Metro adventure yet.

Founded in 1991, Epic Games is the creator of Fortnite, Unreal, Gears of War, Shadow Complex, and the Infinity Blade series of games. Epic’s Unreal Engine technology, which brings high-fidelity, interactive experiences to PC, console, mobile, AR, VR and the Web, is freely available at unrealengine.com. The Epic Games store offers a handpicked library of games, available at epicgames.com. Follow @EpicGames for updates.