Upon receiving the ErgoGrip in the mail, I must say, I was rather relieved. I would finally have a product that would take the weight and some of the awkwardness off my hands while holding my tablet. I own a Samsung Galaxy Tab 4 10.1″ and the size makes it very uncomfortable holding in one hand so I was glad to find a product tha claims to take that uncomfortable holding technique and make it easier on the hands.

At a mere $8.99 it is not only practical, but inexpensive as well. The ErgoGrip seems simple enough to use and the instructions are pretty straightforward. I would like to state that I did not try this product on an Apple iPad and only tested it out on my Samsung and a family members generic tablet from HSN. 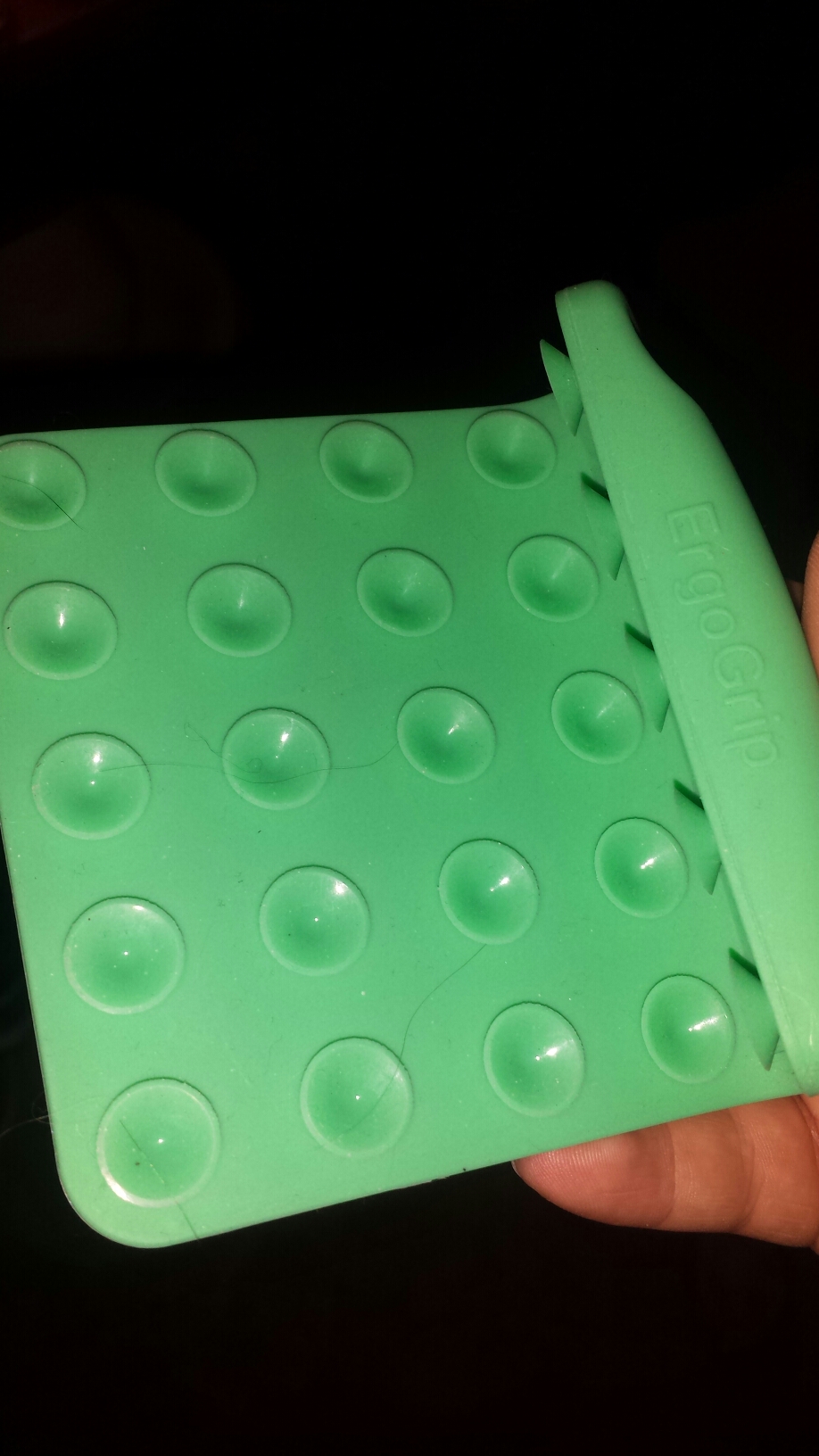 First, the good. The ErgoGrip is not expensive. As I said before, it’s only $8.99. While I think it could be a little cheaper, the material seems rather sturdy and well made. It’s smooth to the touch and the ridges on the back of it make it easy to grasp. The thumb rest that goes on top is firm but comfortable to hold. There are twenty-five suction cups in a total of five rows. One row on top and the other four set on the back. The ErgoGrip doesn’t seem to damage or be too strenuous on the screen when it is attached and the suction cups don’t leave a mark once it’s been removed. While mine was green, it does come in a small handful of colors so there is a small bit of customization. 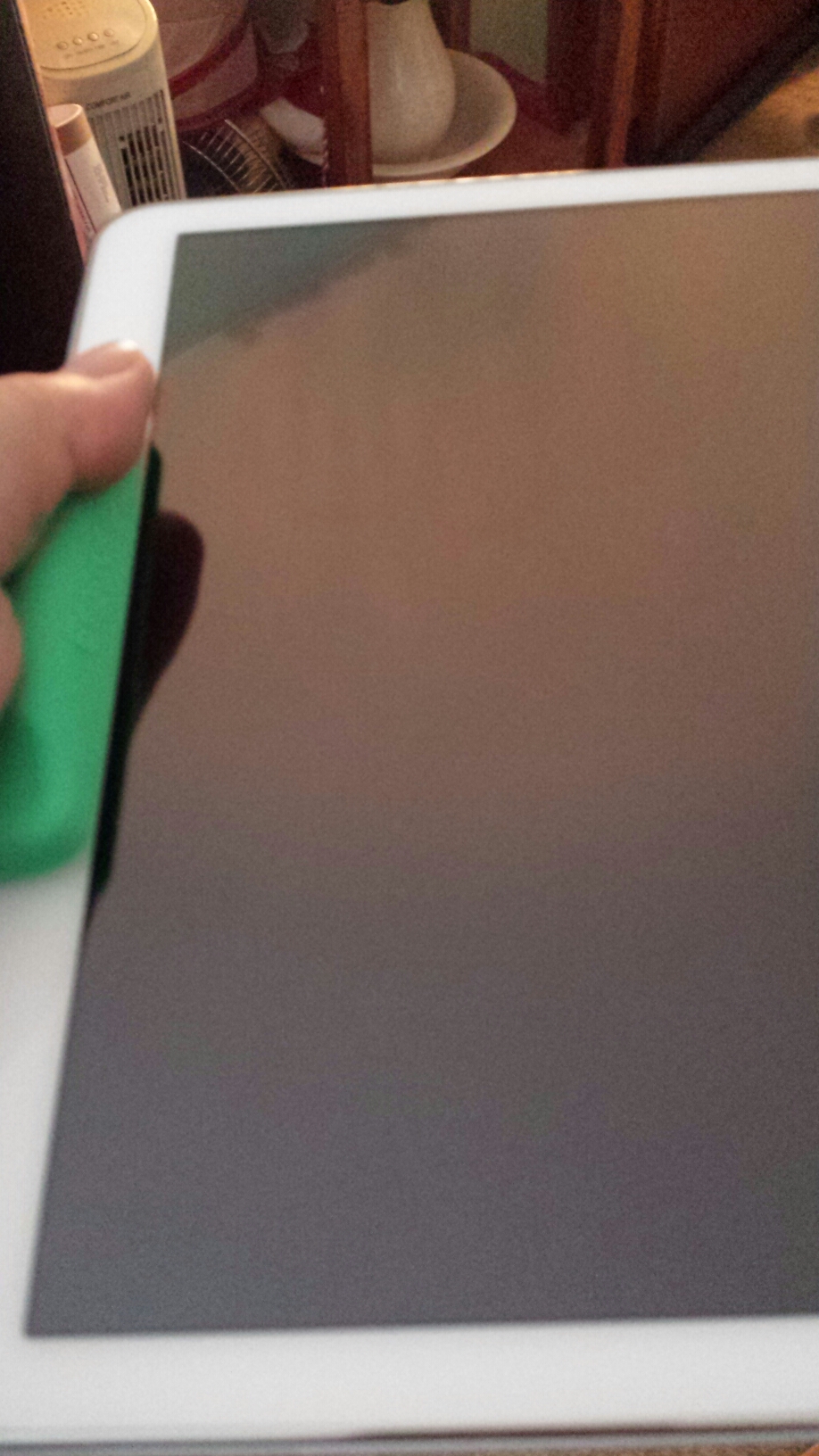 Now for the not so good. Unfortunately, this product did not work on my Galaxy Tab or the HSN generic tablet. My tablet does not have a smooth plastic back and I believe therein lies the problem. The suction cups could not stay attached to the back no matter what I did. I tried wetting them, applying pressure but no matter what I did it still fell off within seconds. Because of this, it also put a lot of strain on the top row of suction cups which cause them not to stick either. It order to even properly hold the tablet I have to hold it, using the ErgoGrip, vertically. This causes the camera to be covered. When trying to use it horizontally, not only it wouldn’t stay, but it started to slide around on the screen. 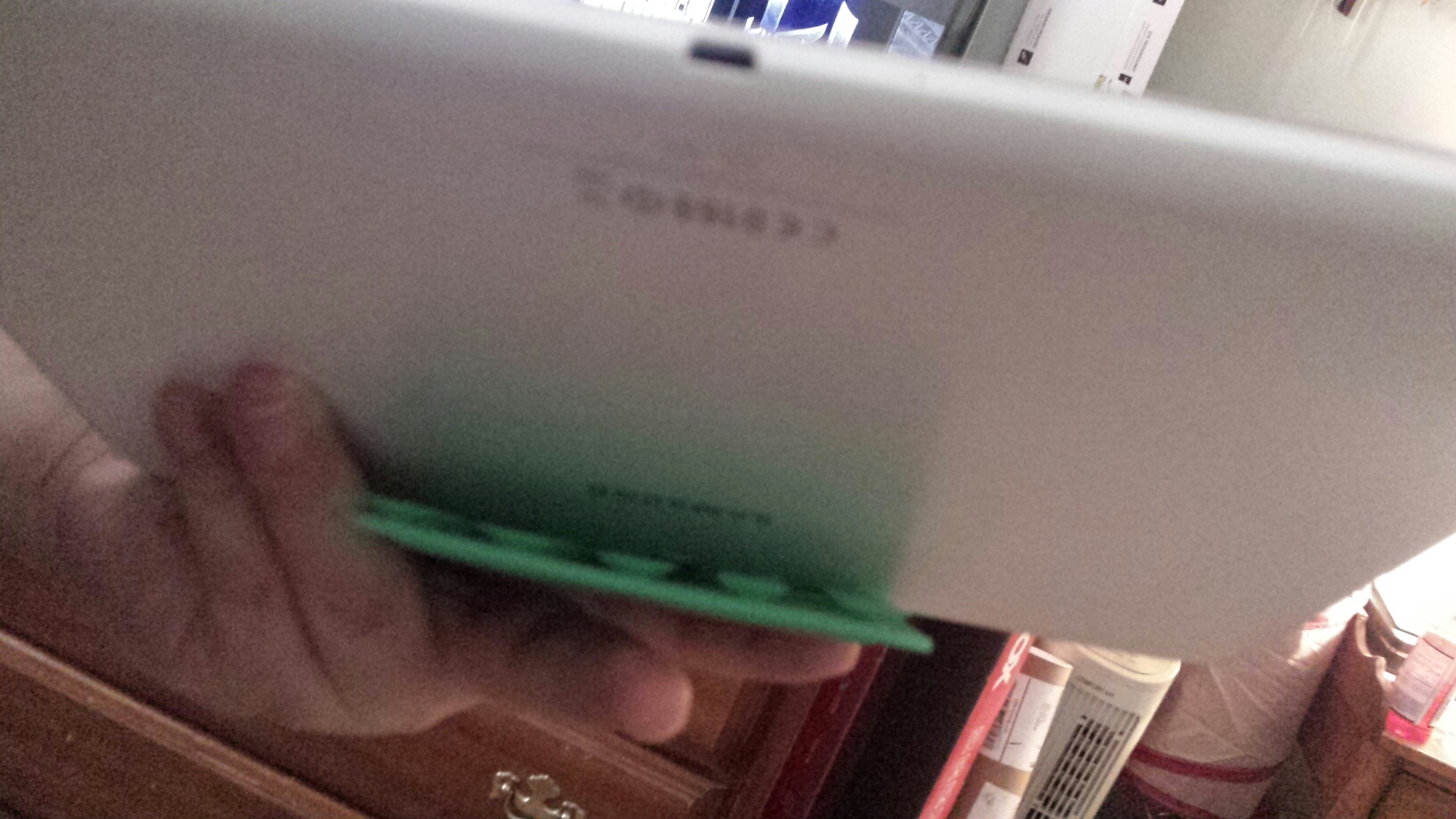 Overall, I cannot recommend this product. While it says universal, I honestly cannot see this working on anything without a smooth surface on the back. Even when I was holding it tightly, which caused my hand to cramp up, it still slid around. The price is fair and the quality is good but that doesn’t make up for it not working on many things not called iPad. While I do believe it would work on most seven inch tablets with a smooth back, I find it hard to believe anyone would want to hold a ten inch tablet with one hand. If I were to make any suggestions it would be to change the description and try to target tablet owners who only have seven inch tablets. Any bigger and it starts becoming less convenient.

ErgoGrip the Universal Comfort Grip for iPads and Tablets