Did you miss the earlier deal on the Geotel’s new Flagship smartphone? Well worry not as Geotel brings you another great opportunity to score the Geotel Amigo 5.2″ smartphone for a super low, never before done price!

This time, Geotel have partnered up with the famous online store, Gearbest to bring you a super deal on the Geotel Amigo! Something that has never been done before! Starting today, June 19th, you will be able to score the Geotel Amigo 5.2″ smartphone featuring octa-core processor, 3GB RAM, 32GB ROM, finger print scanner and more for the ground-breaking price of $99.99 only! 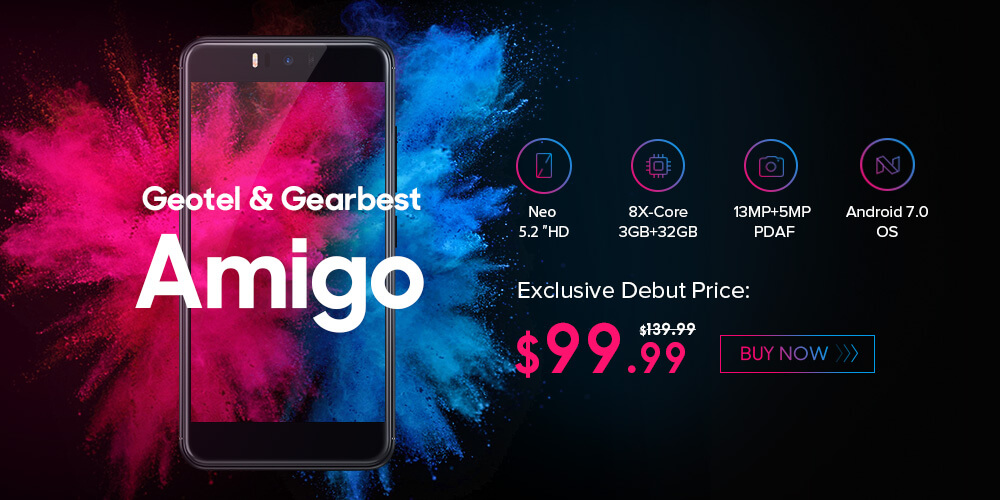 Exclusively on Gearbest, you will be able to buy the Geotel Amigo 5.2” smartphone for just $99.99 starting June 19th. The lowest an octa-core, 3GB RAM and 32GB ROM a smartphone has ever gone!

Other than the core specs, the Geotel Amigo features a full metal body and finger print scanner. The phone is also equipped with a 13.0MP PDAF camera on the back. Check out the below video for a quick look at the smartphone: