Featuring a deep storyline and tactical turn-based combat, Bevontule will offer backers massive environments to explore, quirky characters to encounter, and plenty of open-world adventures in a state-of-the-art blend of Eastern and Western RPGs.

Just 2 days in, Multithreaded Games has already raised almost $10,000 – 20% of the original funding goal. The campaign is set to end on February 28. If funded, Bevontule is expected to be in backers’ hands by March 2019. 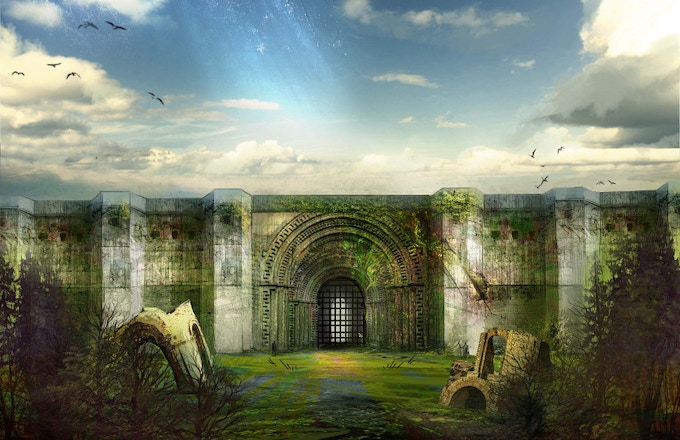 Bevontule takes place on a vast and isolated land mass surrounding a central ocean known as the Inner Sea. Discovered some 1,500 years ago by a number of refugees fleeing their own war-torn homeland, it quickly becomes clear that despite its welcoming appearance, Onich harbors dark and deadly secrets that were left alone … presumably for good reason.

Join a diverse cast of characters and stave off the looming calamity about to hit this troubled continent – or unwittingly hasten its arrival. Explore a beautiful open world inhabited by war-ravaged nations, rebel factions … and a far more insidious enemy. To fully understand the existential threat presently posed to Onich – and perhaps humanity itself! – you must traverse expansive plains, aid survivors in ruined towns, explore dangerous caverns, and safely navigate forbidden ruins where decaying structures are the least of your worries.

The journey ahead will not be easy: Ferocious and highly-intelligent creatures – from colossal dragons to deadly insects – roam the land and will attack at a moment’s notice. Take down enemies in tactical, turn-based combat where every move (and every second) counts. One misstep could be your party’s undoing; intricate planning and execution are vital for survival. Unlock, learn, and equip hundreds of combat skills, attribute bonuses, and world-based buffs. Need a break from the main campaign? Take on numerous side quests to face optional bosses and discover some fun minigames!

“Bevontule pays homage to beloved JRPGs such as Final Fantasy and its many sequels. You’ll also find traces of Vagrant Story, Parasite Eve, and even Suikoden.”

“In addition to the classics, the more tactical turn-based offerings required a degree of planning and strategy. Games like Final Fantasy Tactics and Ogre Battle – to name a few – directly influenced Bevontule’s combat system.”

“Bevontule combines the best elements of those JRPGs we loved to play as kids with an engaging story and characters, a challenging turn-based combat system, and a vast open world filled with possibilities. We’re making our dream game – and we can’t wait to share the finished product with our Kickstarter backers!”

Bevontule: Altar of Roots is currently seeking funds on Kickstarter with a goal of $50,000.  If funded, the game will be launched on Windows, Mac, and Linux in March 2019.