There will be no Season 5 for NBC Heroes as the network has canceled the show after ratings have been steadily dropping since the series captured audiences imagination and interest in the 2006 season.  The show had some life left but was only drawing in the most dedicated fans and was not stacking well against other network programs airing at the same time.  With the plot lines weakening, the character plots repeating and the show losing steam NBC finally pulled the plug.

The odd thing was that there was so much web content to correspond to the show, webisodes, comic books and other material that you would think at least the “world” could continue to exist indefinitely on the Internet as most cult TV programs have with a decent following.  There were rumors on some of the blogs and news sites that NBC was going to talk with Tim Kring about the possibility of one final Heroes movie to wrap everything up for good.

My favorite character from day one was always Hiro Nakamura, the geek space / time continuum manipulator who had noble intentions and a pure heart.  He embodied what I would hope to be like if I had some sort of supernatural powers, I would feel obligated and privileged to use them for the path of good and to try and help people in the world rather than myself. 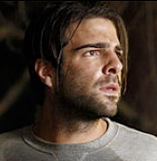 Of course Sylar, the most powerful and ominous villain of the show had ping ponged between being good, bad and somewhat in between so often that it weakened the plot line and the show itself. His character originally was well written, but dealing with defeating him (temporarily) each season was one of the weak points of the show.

Dragon Blogger had a special category devoted to NBC Heroes and the loss of the show will likely weaken a good 20% of my traffic visitations during the NBC Heroes season. Due to reviews about the show I was able to garner bursts of up to 1000 unique visitors in a single day on the days following the airing of the show. However, since the show had died down quite a while ago, most of my traffic has come from other searches and fortunately only about 10% of the traffic to my site is NBC Heroes related anymore (instead of the 30% it used to be about 18 months ago).

I will miss the show, it was original and one of the best shows that dealt with people who had special abilities (live action show that is). In the meantime, my Monday nights are devoted to House solely now. (Which just had its season finale).

Farewell NBC Heroes, you will be missed.