Virtual Reality gaming has been quite the gaming phenomenon for the past ten years now and it’s pretty much everywhere you go. Oculus has been the leader in virtual reality technology and they are not showing any signs of slowing down just yet. The latest in their PC-powered virtual reality gaming platform, the Oculus Rift S, is going to deliver to you some of the best VR gaming that you’ve seen.  The Rift S has some of the best lenses in the VR industry that are going to give you the most crystal clear visualization without anything appearing blurry whatsoever. 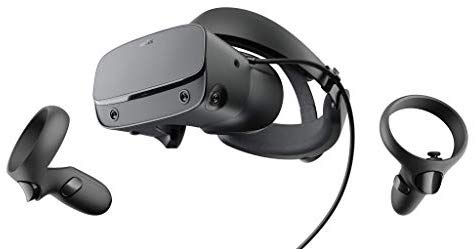 You’ll also have a very extensive line of VR games to play as Rift S has a huge library of games to choose from in many genres that you will be familiar with. Comfort is extremely important especially for those that want to have long VR session which is why the ergonomic headband designed by Oculus is something that users will be extremely thankful for with a high level of comfort that everyone will enjoy. The Oculus Insight Tracking is going to allow you to enjoy VR by being able to track your movements without having to worry about facing a certain direction. The Touch Controllers are very easy to use and are certain to provide every single movement that you make with your hands, translated into the game giving you that real-life feel and thus providing you with an even higher level of immersion. For those looking for a powerful virtual reality headset and want one of the best headsets money can buy, I recommend checking out and picking up the Oculus Rift S because I feel it is worth the money and is going to provide you and your family with countless hours of immersion that you won’t find anywhere else.