FIFA 19 is the most anticipated football Android game of the year and in all probability, this is the best of all the versions that have been launched, ever. EA brings in new features and yet again delivers a champion caliber experience off  and on the field. With its new introduction of the UEFA Champions League, it has garnered the biggest attention of its previous iterations. 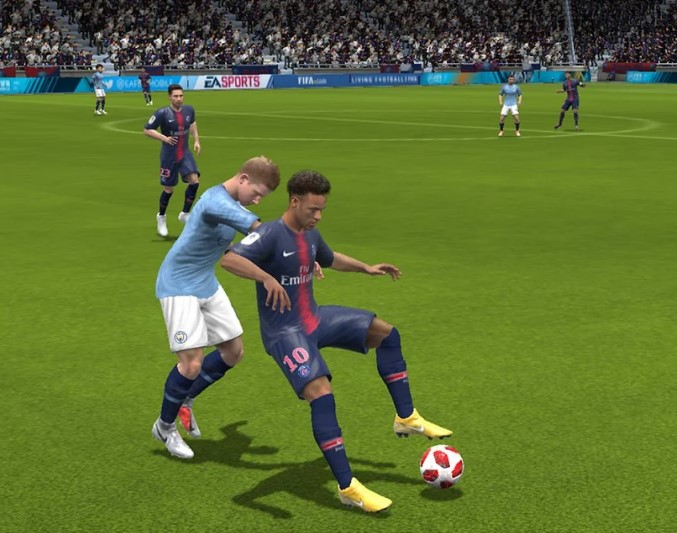 The striking changes in the feature of FIFA 19 APK

Of the new features that have been introduced in the FIFA 19 APK, some of the best knowns are:

With the gameplay, the features of the play have become more useful. In fact, it has become more visually strong and is giving major challenges to the players. The gameplay has not been changed drastically so that the players can cope up with the previous versions of the game. Like the last version, FIFA 19 Android has three gameplay modes- The Journey, Career mode and Ultimate team. Everyone aims at experiencing the Ultimate team experience. However, all the stages of the game have been modeled in a new manner. Each stage has got its own share of a visual treat to the eyes and is praiseworthy.

The timed finishing is the spot on which almost took over all of the attention of all the features in FIFA 19. Auto defending has been made difficult but then there is always an option to monitor manually which is easier. The goalkeeper performance has also been mastered. Loot boxes inside the Ultimate team mode are also drawing eyeballs. It was also something that everyone looked for even in the previous versions. So EA has kept these as an important trait of the gameplay in FIFA 19 Android.

Hence it can well be said that FIFA 19 has made several changes in the whole gameplay and brought in features that have improved the experience of playing the whole game. It has become more realistic and more dynamic and the whole experience is nothing less than being physically present in the field.

If you are a football fanatic and love to play games, what are you waiting for? Go grab the opportunity to be a part of something this grand. Download FIFA 19 APK now for free on your Android device!