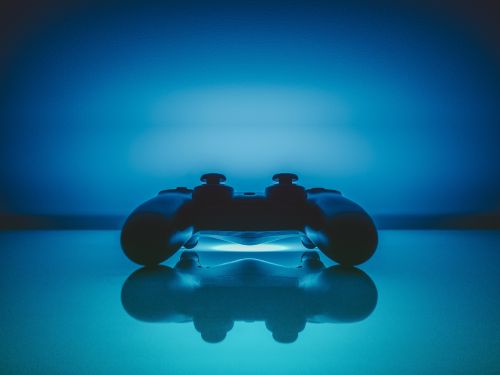 Photo by Tookapic from Pexels

Cloud is now the great thing in new generation technology. It is changing the way we do things in a very significant way. The PC gaming industry has not been left behind. With cloud gaming in action, video gaming is doing much better than music and movies. It has become quite popular in recent years, but in some ways, it is still underestimated.

According to a 2018 Report by Newzoo on the global game market, the video games industry generated a revenue of $138 billion. This has been enough to push several industry players and competitors to speed up their mind-blowing gaming concepts. Electronic Arts (EA) believes that cloud gaming is the greatest disruption that has ever occurred in the world of entertainment. EA went forward to acquire Gamefly’s cloud gaming technology in May 2018. Microsoft is also expected to reveal its project xCloud by the end of 2019. Google already revealed its Google Stadia in March 2019.

Some significant areas of the PC gaming industry that will be transformed through cloud gaming technology include;

PC hardware investment will be a thing of the past

Cloud gaming refers to a system where your mouse and keyboard communicate to a remote server somewhere. In return, the server does all the heavy lifting of responding to your commands while gaming. It is different from conventional gaming where the mouse communicates with a bunch of other local hardware devices.

Cloud gaming is similar to video game streaming. In a few years, some aspects of gaming will either change or be eliminated. For instance, motherboard, PC hardware, and the software will not be required anymore in the advent of cloud gaming because a gamer will only need a screen, a subscription, and an internet connection.

“Cloud gaming will replace consoles”, said Yves Guillemot, Ubisoft CEO in 2018. What this means is that gamers will save money spent on buying, downloading, installing, maintaining, and upgrading PC hardware and software to be compatible with particular new games.

No restrictions on playing games of your choice

A challenge faced by many of the best-selling games occurs when the gamers can’t play some video games because their PCs lack particular minimum hardware requirements. For instance, Steam, an online video games store, says that the latest AAA game doesn’t play on the devices of 53% of PC gamers because their PC hardware doesn’t meet some minimum requirements. Fallout 76® and Assassin Creed ®Odyssey, are some others that also require particular software upgrades to play on some PCs.

With cloud gaming, gamers will stream the games of their choice with no ground restrictions. Games that were originally incompatible with their hardware will be available and playable on their PC.

Save and continue a game played on different devices

Cloud gaming is the game changer, literally. Traditionally, when you transfer a game from one device to another, your progress in it is lost and you must begin again from scratch. The same occurs when you uninstall a gaming app. The reason for this is that the game is stored in the PCs hardware hence can’t be continued on other devices.

Cloud gaming makes it possible to save every step remotely, and you can access it and continue from where you left off on various devices.

Access and play video games on demand from any device

For instance, PC gamers can already access and play Fortnite across various platforms from PlayStation to mobile as well as play with other players on their different devices.

Play video games whenever and wherever

Are you tired of always having to sit in front of the PC to enjoy your video games? With the cloud, you will play your games from wherever you want. You will not need to carry around your gaming hardware to catch up with the next level. You will play AAA video games anywhere provided you have a stable internet connection.

Since 2000, cloud gaming has been evolving rapidly and making its way across major PC gaming industries, thus enabling a seamless user experience to gamers globally. The future of gaming is in cloud gaming and streaming. With Playstation Now, Stadia, and Nintendo Switch already in the market, cloud gaming is shaping the gaming industry. What more could gamers ask for short of what cloud gaming technology has promised?

Randolph is a freelance copywriter and blogger, enthusiastic about IT and modern technologies and their impact on different aspects of our life. Randolph also has a medical background and enthusiastic about healthcare technologies. He runs Skin Answer blog, where he shares helpful tips regarding health problems.