Whether it’s the Octagon of the UFC or the four-sided ring of the WWE, there has been some fantastic action for those who enjoy mixed martial arts or professional wrestling so far in 2015. And it isn’t just in real life where fight fans have been spoilt for choice this year, with both the UFC and WWE releasing hugely successful video games over the past 12 months. These have added to two markets that have been steadily growing in recent years. For the mixed martial arts market, EA Sports’ UFC 14 has been a huge hit. It offers players the chance to take control of their favourite fighters and try to battle their way to the title. If you’re more of a professional wrestling fan, WWE 2K15 is the latest in a series that has gained a huge fan base since the release of WWF Smackdown! in 2000.
But the new games aren’t always the best ones, and there are plenty of great games out there for fight fans to get their hands on. So, let’s take a look at some of the best.

The UFC has been one of the fastest growing sports over the past decade and it’s no surprise the decision-makers at EA Sports were keen to link up with mixed martial arts’ premier organisation. From the team behind the hugely-popular Fight Night boxing series, EA Sports’ maiden UFC game captures all the skill, strength, pain, emotion and intensity of the fighters, not to mention completely nailing it in terms of likeness and individual skill sets. Featuring all the organisation’s best fighters, including Cain Velasquez, Ronda Rousey, Jose Aldo and Anderson Silva, there is a real treat for fight fans in the shape of Jackie Chan, who steps into the Octagon with a little help from EA.

Whether your favourite UFC fighter is a boxer, a wrestler, a jujitsu fighter or just an all-round beast, EA Sports have thrown their considerable force behind the game and the results are clear for all to see. Whether it’s a standing slug-fest or a tactical battle on the ground, EA Sports UFC has got a lot right with their first mixed martial arts game. Fans are rightly excited about what the company do with the next in the series. And if you’re a betting fan struggling to pick a winner out of any future fights, such as Jose Aldo’s upcoming title defence against Ireland’s Conor McGregor, you could do worse than hop on this game and try and get a better idea on how this match-up could go.

The latest in the series developed by Visual Concepts and Yukes, released by 2K Sports, WWE 2K15 came out last year and is the first game to feature the organisation’s new logo. While WWE 2K15 came out on PlayStation 3 and 4 as well as the Xbox 360 and One, this was the first WWE game since 2002 to be released on the PC and the first in the WWE 2K series. Featuring all your favourite WWE stars, with John Cena adorning the cover, the latest game gives players the chance to embark on your own career from your first taste of WWE to making a run for the title. There is also the opportunity to relive historical rivalries that have made the organisation so popular over the years, from CM Punk and John Cena’s bitter feud to the memorable fall out between friends Triple H and Shawn Michaels. With some fantastic downloadable content, there is a lot to this game that will ensure you don’t get bored easily. And for the first time since 2010’s Smackdown vs. Raw, WWE 2K15 features a licensed soundtrack, which was created by rapper Wiz Khalifa with a little help from Cena. 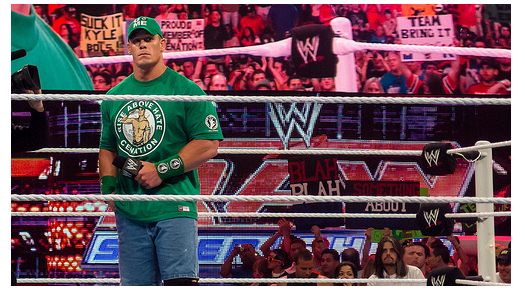 The last game in the UFC’s previous deal with Yuke’s before the link-up with EA Sports in 2014, UFC Undisputed 3 had been mixed martial arts’ most successful game until last year’s release. Featuring former middleweight champion Anderson Silva on the front cover, as well as the likes of featherweight king Jose Aldo, long-time welterweight champ George St-Pierre and heavyweight force Cain Velasquez. UFC Undisputed 3 gave players the chance to use some of the sport’s biggest names, including those iconic names made famous by Pride in Japan as well as all the fighters’ unique skills and their respective entrance music. The real shining light from this game was just how much it had improved from UFC Undisputed 2010, not just due to the bigger choice of fighters but also because of the significant strides made by the developers in terms of the game-play. Whether it was the submissions, the striking or the sizeable selection of venues, mixed martial arts fans were finally given a game they could really enjoy. It was a good job, with a two-year wait before the UFC brought out their next game.