Brace yourself for a spine-chilling new multiplayer experience on PC and consoles as Crytek ventures into the shadows in HUNT: Horrors of the Gilded Age. 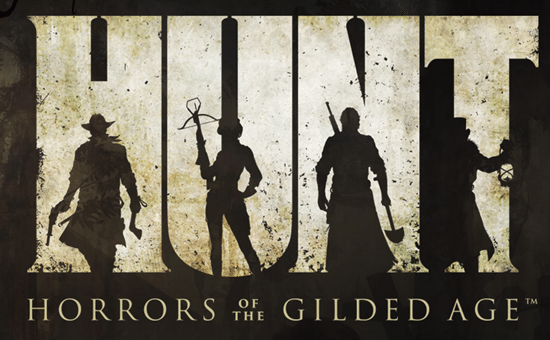 An all-new IP, HUNT is a third-person action game where up to four players band together to fend off an onslaught of bloodthirsty creatures and track down breathtaking bosses. Featuring intense co-op gameplay,HUNT is the debut title from Crytek USA Corp., and will be published by Crytek as part of their growing Games-as-a-Service range. Players won’t have to wait long to take a closer look at HUNT in action, with the game going on show at this year’s E3 expo from June 10-12.

David Adams, CEO of Crytek USA Corp., said: “In HUNT: Horrors of the Gilded Age, players will be counting their bullets and crying out for help as they delve deeper into the shadowy world we’ve created. From the outset of the development process, we’ve poured our imaginations into the game so that everyone who plays HUNTwill discover a challenging experience that feels fresh, captivating and rich in possibilities.”

Set in the late 1800s, HUNT depicts a world where so-called myths and folklore actually point to the terrifying truth about evil lurking just beyond the fringes of day-to-day life. Players act as hunters willing to take up arms and risk their necks by venturing into the deadliest of territories and facing the hideous creatures that have overrun them.

Adding to the thrill of the hunt is a special content generation system that ensures players never encounter exactly the same environment or set of enemies twice. As the surprises come thick and fast, the terror of knowing that one of the game’s grueling boss battles could be just around the corner will keep everyone’s pulses pounding. Defeating bosses will require close collaboration between hunters as they attempt to figure out and take down some truly terrifying monsters.

HUNT: Horrors of the Gilded Age is scheduled to enter Closed Beta testing on PC later this year, and players can sign up for a chance to experience the game first at http://www.huntthegame.com

E3 2014 attendees looking to see HUNT in the flesh should visit Crytek at booth 4500 in the Los AngelesConvention Center.

Everyone can catch a first glimpse of HUNT right now by checking out a new teaser trailer here.

Crytek GmbH (“Crytek”) is an independent company at the forefront of the interactive entertainment industry, and is dedicated to pushing the boundaries of gaming by creating standout experiences for PC, Xbox One, PlayStation®4, Wii U™, Xbox 360, PlayStation®3, iOS and Android using their cutting-edge 3D-Game-Technology, CRYENGINE®.

Since its foundation in 1999, Crytek has consistently been recognized for excellence in its field, earning accolades such as the 2011 Develop Award for Best Independent Studio, and two Red Dot Design Awards (in 2010 and 2013). Its multi-award winning games include Far Cry®, Crysis® (awarded best PC Game of E3 2007 and Best Technology at the 2008 Game Developers Choice Awards), Crysis Warhead® (awarded Best Graphics Technology at IGN Best of 2008 Awards), Crysis® 2 (awarded Best Shooter of E3 2010 and Gamescom 2010),

Cross reference: Picture is available via epa european pressphoto agency and can be downloaded free of charge at: http://www.presseportal.de/story.htx?firmaid=65312–