The amPen New Hybrid Stylus, from TechMatte, Inc. is more than your conventional touch-screen-device styluses. What’s so different? Other than it’s priced at a rather affordable point, it’s modular (replaceable/interchangeable tips) and the tip that comes with it is made up of two different materials – conductive fiber (woven with the appearance of chain mail) and rubber. This tip is seated in a metal casing, which has been drilled and tapped out to accommodate a screw – or in this case, a stylus pen-style shaft with a screw-like shaft inside of the tip-end. 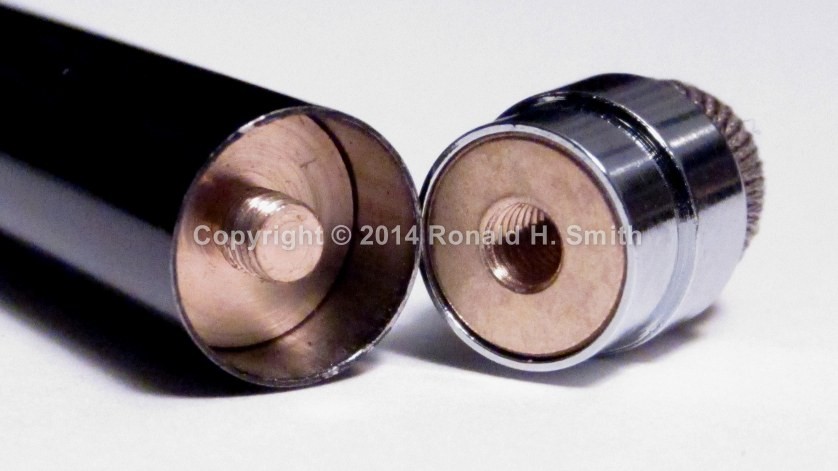 While I may not have any of the main devices that this stylus is advertised to work with (such as an Apple iPad, Samsung Galaxy Tab, etc.), what I do have are a Nintendo DS Lite portable gaming console and a Nintendo Wii U home gaming console (which uses a Gamepad controller, that is primarily a touch-screen tablet). While these styluses do not have these devices mentioned in their product listings online, I decided to check them out and see what the results were anyway. After all, we won’t know if we don’t check it out, right? Right! Alright, so to show you what you can do with it, I made another video. Please take a moment to check it out.

Note: There aren’t a lot of different things that you can do with any touch-screen devices really, when you honestly think about it. Nothing “super special” that can be done, using a stylus, regardless of the device. Certainly, attempting to do multi-touch or anything similar – with any standard pen-style stylus – would not only be impractical, but likely impossible and wasting the time to even attempt it would make you look a tad foolish. You wouldn’t be able to unless you used a fingertip-style stylus. Also, pretty much every app, game, etc. is controlled the same general way, so if some of the footage appears repeated, I apologize, I was just doing my best to show you as much as possible. 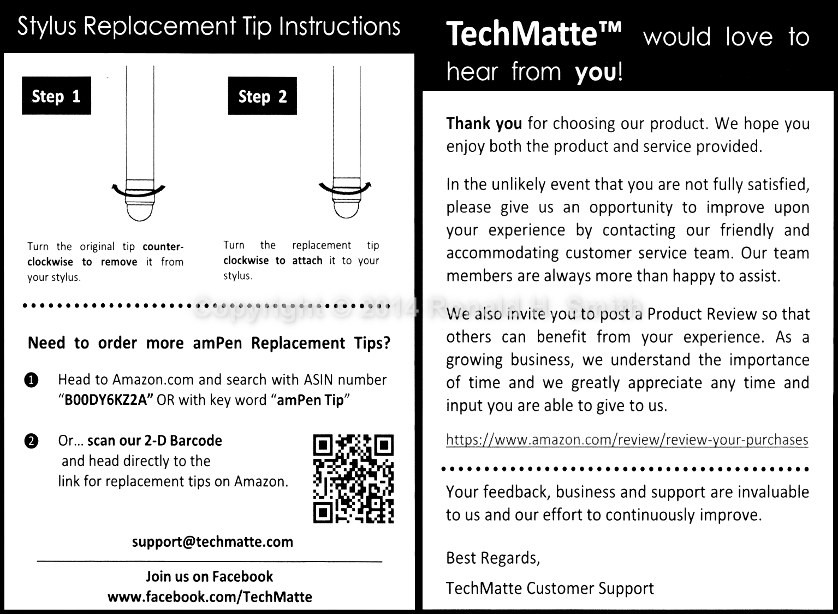 There really isn’t much to the packaging either, which I suspect has to do with keeping production costs low, and yet they’re able to keep the appearance attractive and appealing at the same time. After all, the product itself is what matters, not how pretty or ugly the packaging is, especially when the packaging actually allows you to see the product – clearly, as this product’s packaging does – through it. All-in-all, the stylus itself is very useful, very stylish and (in my opinion) very affordable as well. I am definitely digging the aesthetics and construction so far, and the color options are also a definite plus. I’m already looking to get the pink one for my wife, unless she takes my black one (haha), but with a selection (so far) of 5 different colors to choose from – glossy black, matte silver (like aluminium), glossy red (like those snazzy little ink pens you see in lawyers’ offices), glossy white and glossy pink – there’s likely one to fit anyone’s style. I mean heck, black goes with everything! 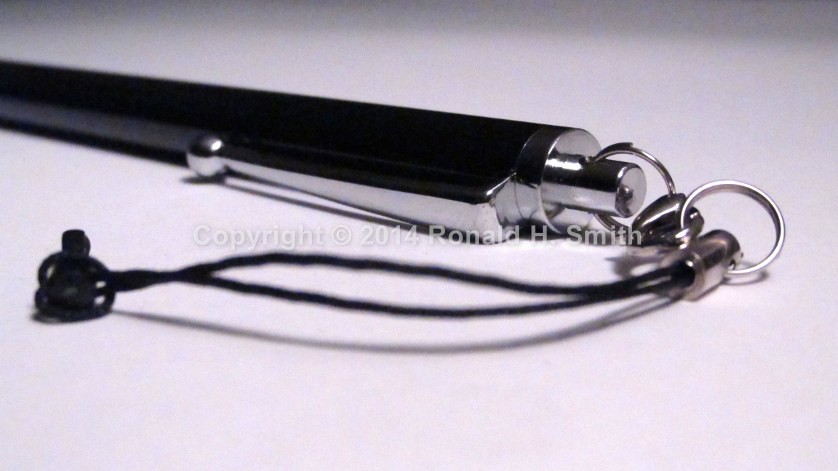 The added accessory of the coiled-plastic fob is likely unnecessary and to be quite honest, I’m uncertain even of it’s usefulness, not to mention the unlikeliness that anyone will even bother to try using it to begin with. I’m not even certain that anyone will use the one that comes pre-connected to the stylus’ pen-top key ring. It’s actually fairly large, and not all too lightweight either, so you definitely won’t want to have it dangling about or swinging around. The pre-connected fob (which, by the way, is designed to have one end inserted into the open slot where your regular stylus normally resides in your device, to keep the stylus handy) would likely be troublesome enough, but the plastic coil one would be even worse, considering it’s designed to be stretched like a spring. Do you really want your stylus to be flailing about while you’re trying to catch it, and even worse, take the risk of it bouncing up and around, then hitting (and cracking/breaking) the screen? I certainly don’t! I’d personally recommend that they provide an adhesive-backed clip instead. It could be placed onto the back of your device or it’s cover somewhere – provided you have a protective cover/case, and you definitely should – or somewhere else handy (on a wall, desk, table, etc.). They could even sell multi-packs of the clips themselves as well, for those of us who’d need to use the stylus in many different places, but can’t always hold onto it in between uses. 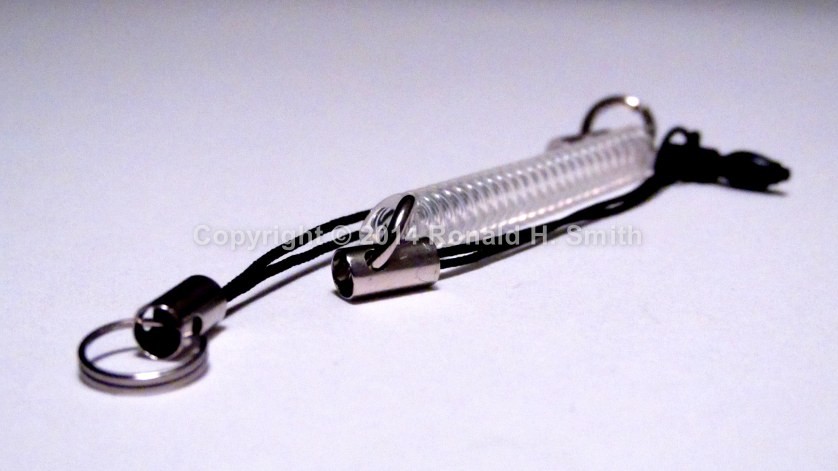 Anyway, it’s still a great little device. With screen protectors installed, depending on the type of protector (my DS’ s.p. is the official Nintendo one made for those devices, and it’s a bit thicker and denser than I like regardless), you may have a bit of resistance and need to apply some pressure. I experienced this with the stylus that came with the DS as well, so this isn’t too surprising. I also experienced absolutely zero resistance with the Wii U Gamepad’s naked touch screen, however; operation was actually quite smooth and I’ve no reason to believe anything otherwise would occur with any other touch-screen device, whether a PC, tablet, or anything else.   My final verdict is that it’s stylish, affordable, well-constructed and has loads of potential; it also, however comes with – what I feel is – an unnecessary extra (the springy-plastic-coiled fob), which could easily be eliminated and likely drive cost down a little more as well. It’s packaged well also, and the already-available variety of colors gives opportunity for pretty much anyone who’s interested in giving one of these a chance.