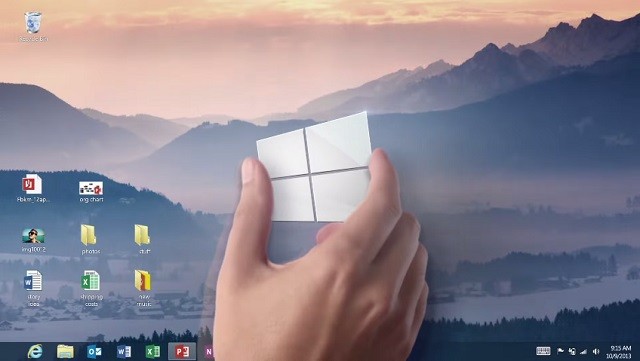 Microsoft released Windows 8.1 on October 17th as an over-the-air (OTA) update for current Windows 8 users. Besides the minor updates and security patches Microsoft sends out with the Windows Update feature in Control Panel, this was Microsoft’s first major OTA update facilitated by a centralized hub (Windows Store). This is something that Android, Mac OS X, and iOS have been doing for years.

I went to the Windows Store last night around 9:00 PM to download the update. I never paid attention to how big the download was, but looking back, it had to have been substantial. One source says the average Windows 8.1 download size is 3.5 GB, but it varies depending on the particular system. My broadband connection is pretty fast, but the download took until 10:30 to complete. I know that Microsoft’s servers were probably bogged down because it was the first day that users could download the update, but I don’t know why they didn’t try to accommodate for it. Even Apple, who has been doing OTA updates since iOS 5, can’t seem to roll out an OTA update without it being super slow on the first few days. 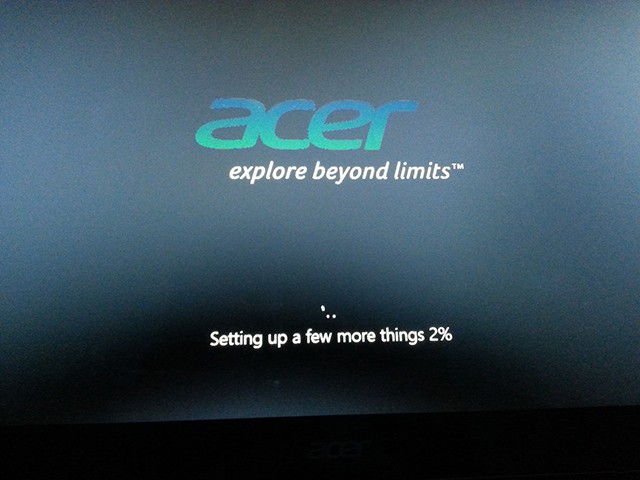 I didn’t realize until 12:30 AM that the speed of the download was the least of my worries. What appeared to be a simple “restart required” actually took about two hours. My laptop went through a series of checking compatibility, updating, applying settings, setting up a few more things, and some other screens that I don’t remember (I wish I had documented it better; my only documentation is this lame picture I snapped with my phone late last night). When I updated from Mac OS X Lion to Mountain Lion, there weren’t any additional screens. It downloaded, the computer restarted, and I was running Mountain Lion. I understand that Apple can make their updates a bit more streamlined since the components they use in their computers are all the same, but Microsoft should have tried to polish the process a bit more. I wasn’t expecting the upgrade to Windows 8.1 to take all night.

Strictly trying to make this a first impressions post, I can honestly say that not much has changed. I still don’t know all of the new features Windows 8.1 brings to the table, but after using it for 24 hours, I’ve only found two. The first is this “start button” that really isn’t a start button because it just goes to the metro UI tiles whenever it’s clicked. It doesn’t work like the “true” start button that Windows 7 users cling to dearly. I already have a dedicated key on my keyboard that does this, so adding the software button as well is really just a waste of space on my taskbar.

The only other change that I have noticed in Windows 8.1 simply from casual use is the new unified Search Charm. It used to give me choices if I wanted to search for “photoshop” in settings, apps, or files, but now it simply shows everything, including some Internet search terms powered by Bing. I’ll never use the Bing search suggestions, and the change to make it search everywhere by default is something that only a Windows power user will notice.

To put it plainly, Windows 8.1 is something that I will forget about in a couple of days. It includes some minor updates that are supposed to make the Windows 8 experience “better,” but I don’t think it made much of a difference. They have introduced some changes, yes, but I’m not sure if I can say that it’s better than the original Windows 8 experience, which in my opinion, was okay to start with.

What about any Dragon Blogger readers? Has anybody else upgraded to Windows 8.1 yet? Have you noticed any new changes that I didn’t mention here? Let’s talk in the comments.