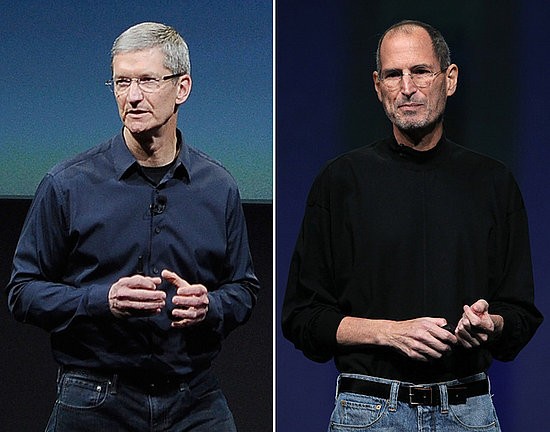 It’s no secret that Apple’s iOS 7 wasn’t a complete success. Neither was the iPhone 5S, iPhone 5C, Apple Maps, or Siri. Lately, Apple hasn’t been innovating and they have not been releasing products that “change the game” like the original iPhone or iPod and I think Apple’s stockholders would agree with me.

Despite the lack of innovation, Apple’s iPhone 5S and 5C sold over 9 million units in just the first weekend. Why these outrageous sales keep occurring year after year is a mystery to many because: Apps are crashing on the iPhone 5S because the new 64-bit processor isn’t working well with the 32-bit apps that haven’t been updated yet. Experts have questioned the security of the iPhone 5S Touch ID scanner. iOS 7 is “difficult and unfamiliar” and “makes us want to throw our iPhones against the wall.” The “blue screen of death” is plaguing iOS 7 users. Apple Maps was buggy and received a lot of complaints after its launch. Siri was (and still is) a cool feature, but it’s slightly insecure and impractical for real-world use. The iPhone 4 would drop your call if you held it wrong. The list goes on and on.

So why, then, are Apple’s customers so loyal? I can list hundreds of problems with iOS and the they will continue to defend Apple. They consistently report that they are happy with their phones, even when presented with all of the flaws I listed above. So today I sat down and listed all of the reasons Apple’s customers live up to their “iSheep” nickname.

Apple Is Genius at Advertising 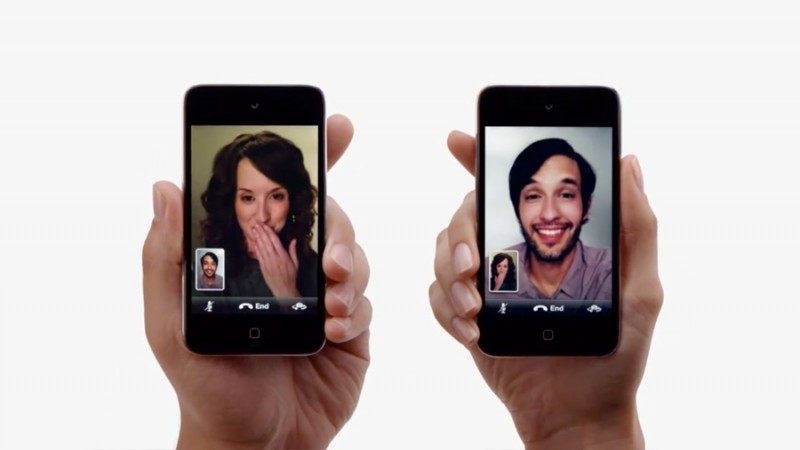 Ever since the very early days of Apple under Steve Jobs, advertising has been a big part of their company strategy. Television advertisements focus primarily on the product itself and its features with a voiceover describing how simple and elegant Apple’s products are. They don’t have cheesy dialogue between two actors (watch a Colonial Penn commercial) and they tend to keep the ads simple and focus on only one feature at a time, unlike Samsung (see Galaxy S4 commercial). 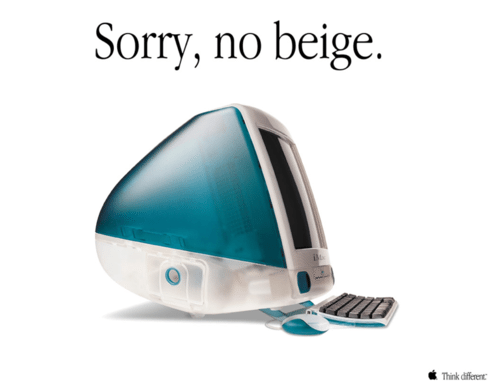 Another thing Apple does with their advertising is try to be hip, new, and cool. Even the early iMac ads advertised themselves as being fun and full of color. “Beige” is simply a synonym for “boring,” even though Apple never actually said that in their advertisement. It’s implied and makes the competitors with box-shaped, bulky, beige computers look out of style and obsolete. There’s no better example of this than Apple’s “I’m a Mac, I’m a PC” advertisements that featured the actor representing “PC” in a business suit and the actor representing “Mac” in casual clothes.

In addition to making their products look hip and cool, Apple also advertises everything as being intuitive and simple. Something about the beauty of a well-designed product with a simple caption like “Intuitive, powerful, easy to use. It’s the world’s most advanced operating system.” makes me want to buy the MacBook Air just by looking at that basic picture. They haven’t listed any tech specifications. They haven’t compared it to any other product. They haven’t even listed what it does. They just said it was intuitive and advanced, plus I can see that it’s physically beautiful… And I already want to go buy one. 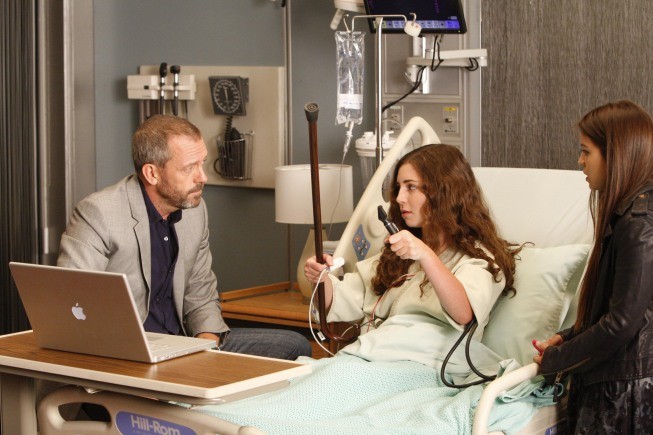 Apple also pays to have their products littered throughout movies, TV shows, and the like. This is the best type of advertising that Apple can invest in because it doesn’t even seem like advertising. Apple is familiarizing potential customers just by having a couple laptops with glowing Apple logos show up on the screen. They’re integrated into the movies as a prop, so on the conscious level, nobody even notices. But if you read the credits after this episode of the TV show House (shown above), it will say that Apple compensated them in some way for using an Apple laptop in the episode instead of another type. It wouldn’t have affected the episode in any way to use an HP or Dell computer. The type of computer was irrelevant to the show, but by using a Mac, it makes Apple’s brand relevant to everybody watching. It’s very hard to miss that glowing Apple that makes MacBooks so famous.

Customers Are Happily Trapped In The “Walled Garden”

One of the famous perks of having multiple Apple devices is getting to live within the utopian “walled garden.” The idea is that Mac OS X and iOS will communicate in perfect harmony and there would be no reason to use anything else. That’s why iOS only allows users to set Safari as the default browser. That’s why iTunes has it’s own file extension, .m4a, instead of using the standard .mp3. That’s why they only allow iOS downloads from the approved App Store. On one hand they are creating a wonderful monopoly that forces customers to drop tons of money on Apple products, but on the other hand, they are unifying the experience to force customers to experience their products a certain way. I’ll admit, that model is not for everyone, but it works for a great majority of people. There’s no need to switch to another platform because they have all their music on iTunes on their Mac, their email goes through iCloud, and a lifetime of pictures is being stored on iPhoto, and it all seamlessly integrates with their iPhone. Everything is talking and everyone is happy. 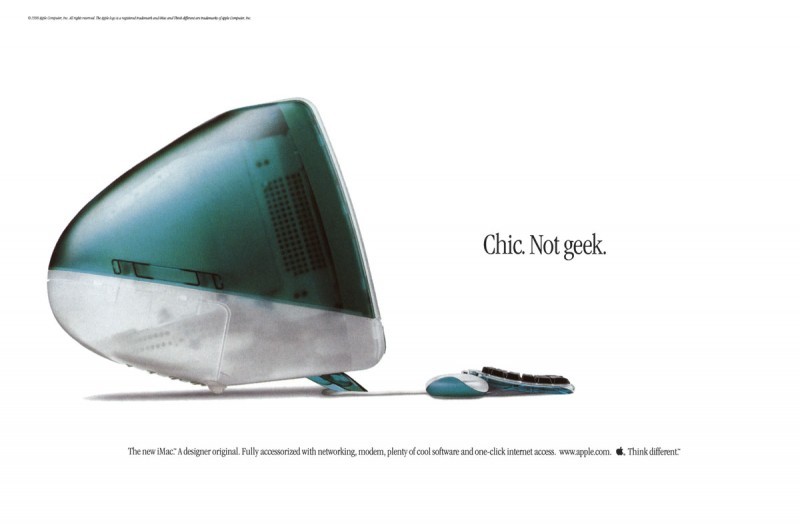 From Apple’s conception in 1976, they have never once targeted a “power user” geek with any of their products. Steve Wozniak wanted to create a product for tech enthusiasts, but Steve Jobs pushed the notion that the (non-technical) general population needed a personal computer that was ready to use out of the box. So yes, the modern Macs that don’t allow the users to upgrade the inner components may not appeal to everybody, but they do appeal to a lot of people. The idea that you can go buy a computer, pull it out of the box, and use it right away is nice. There’s no need to delete trial software that’s included on 99.9% of Windows PCs. There’s no settings to configure. There’s no bloatware. Everything that’s included on the Mac from the beginning is generally useful. This is what most people want with their computer – they want it just to be a tool to allow them to use the Internet, check their email, and get on with their day. Whereas tech enthusiasts want to make their day revolve around the computer.

So… It’s Okay To Be An iSheep? 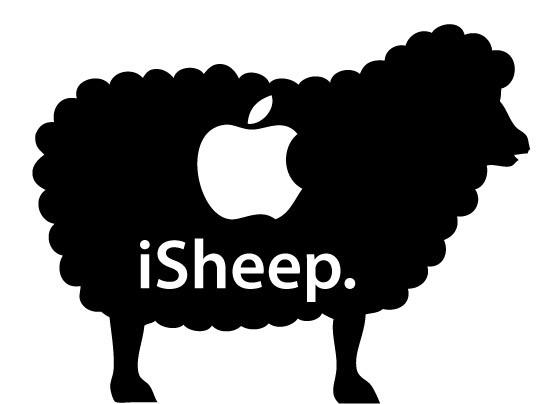 The term “iSheep” is generally used as an insult in the comments section of many technology blogs. It means that Apple fans will buy anything Apple makes and believe anything they say. This is true to an extent, because as I proved with lots of examples at the beginning of this article, Apple is not perfect. Siri is useless in the real-world, Apple Maps was very flawed at first, and iOS 7 is getting off to a rocky start. Not all Apple products “Just work,” but the way that Apple structures their advertising campaigns causes people to gloss over that and truly believe that they do just work.

I’ve been both inside and outside the utopian Apple garden, and I can tell you, it isn’t perfect on the inside, but it’s sure close. I owned an iMac and MacBook Pro for two years and I can’t recall them ever freezing to the point where I had to shut them down. However, I’ve also had a Windows 8 laptop for eight months now, and I can’t recall Windows 8 ever needing the Ctrl + Alt + Del treatment to close a frozen program. Windows has become less and less buggy since Windows 7.

I have owned both an iPhone 4 and an iPhone 5 for a while. I’ve also owned a Droid X, Galaxy Nexus, and Galaxy S3. So again, I’ve been on both sides of Apple’s utopian garden. While many iSheep tout that Apple’s build quality is outstanding compared to the plastic phones Samsung is putting out, I like to point out that Samsung is not Apple’s only competitor, they are just the biggest competitor. The HTC One is just as beautiful, if not more beautiful, than the iPhone 5S.

Generally speaking, it’s okay to be an iSheep. I don’t look down upon anyone who buys something just because Apple makes it, because I do understand where they’re coming from. People who want simplicity thrive with Apple products. People who want to control everything can build their own PC and install Windows 8. People who just want a computer to get work done (non-technical people like lawyers, doctors, etc) fancy a Mac because they can focus on work and not the computer itself. People who want to be “power users” (programmers, geeks, tech bloggers) don’t normally fancy Macs. The same holds true in cars. People who want to be “power users” can buy a car with a manual gearbox, change their own oil, install upgrades like a turbocharger, and do everything themselves. People who just want a car to get from point A to point B can buy something simple like a Toyota Prius that’s easy to drive, never breaks down, and is economical. The Prius driver doesn’t want a 500-horsepower Corvette because all they need to do is drive to and from work, but the Corvette driver isn’t satisfied with the Prius because it’s too slow, underpowered, and doesn’t allow the driver any control. Both cars are marketed at different people, just as Apple products and Android or Windows products are marketed to different people.

So in short, yes, it’s okay to be an iSheep.