I had never heard of the brand Francois et Mimi before but when they sent me a pair of Bluetooth Headphones (really earbuds) to review I was more than happy to put them through the paces and see how they stacked up against previous Bluetooth audio devices.  Well I will tell you that I was pleasantly surprised and found these to be an excellent sports headphones option for those who want sweat-proof earbuds that give them the mobility to run, jog or work out without working about a headset cord snagging on anything.

Meanwhile for those who don’t have time to watch the video or prefer to read your reviews, I can tell you that the F&M Bluetooth Headphones have a really decent sound output, the volume as mentioned is louder than any previous Bluetooth earbuds I have tested.  They get loud enough that max volume actually hurts my ears, but I do hear some distortion in lower frequency ranges when volume is maxed out but that is to be expected with earbuds and not uncommon. 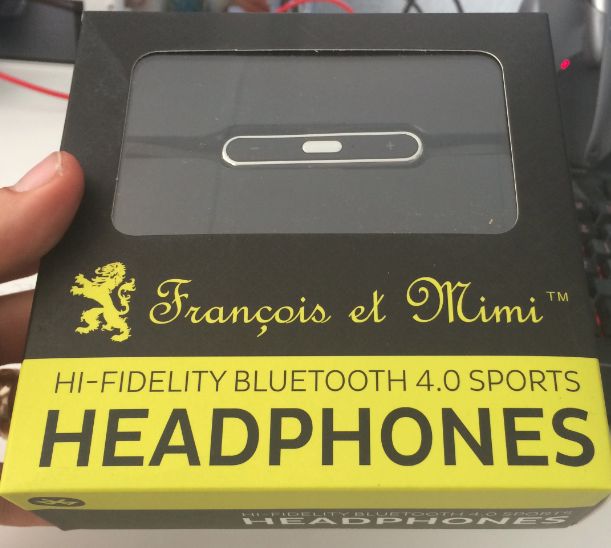 The control box on the Francois et Mimi headphones is well placed and has buttons that respond and are easy to feel and know which buttons you are pressing unlike some of the rubberized buttons on some Bluetooth headphones.  They also include ear hooks which go into your ear and hold the earbuds in place while the earbuds have 2 area’s that direct sound into the ear canal which produces the loud and vibrant music with ease. 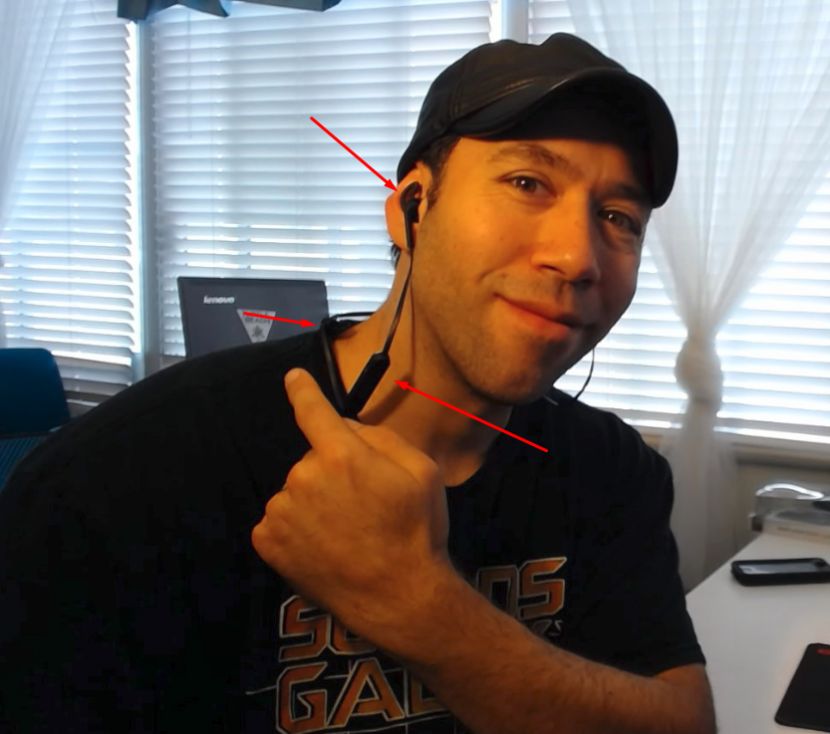 The inclusion of a clip which allows you to clip the flat cord to your shirt makes it so that when you turn your head side to side quickly like say if you are jogging or running, there is no tug on the earbud from the cord because it is affixed to your shirt and this further prevents them from falling out.  They were stable and good, though I prefer earbuds that have an attachment that can hook over the back of the ear, these were by far the best ear hooks I have used in earbuds in a long time.

The microphone is strong and clear, even while jogging people on the phone could hear my voice without too much background noise.  I did test the earbuds on listening to music from Spotify for hours until they ran out of battery, I got somewhere around 4 hours of constant music play time with Bluetooth before the earbuds were letting me know they were running out of battery.  When pairing they let you know when they are paired and look for the F&M symbol in your Bluetooth device list.

Disclaimer: Francois et Mimi provided us with a pair of the Bluetooth Headphones to do a thorough and accurate review. All opinions are 100% mine and mine alone.