Mobile gaming is a billion dollar industry; billion with a capital B. It’s had a decade of double-digit growth since its inception in the early smartphones, so much so that it now accounts for over half of global games market profit in general (roughly $56 billion in 2018). Long story short, Tetris and Snake have been left in the dust. These days there’s a little more competition on the app stores; online casinos, slots, live Hold ‘Em, platformers, story-driven 3D adventures. Certainly enough that hardware devs are taking notice.

Razer launched its first own-brand gaming smartphone way back in 2017. It was powerful, it was sleek, and it’s apparently made enough sales to justify a sequel. Razer saw a niche in the market where others dared not yet tread: while mobile phones are meant to be tech that can do everything (an app for this, an app for that; weather, movies, and least of all calls) more and more people were and are using them for games – Bingo, casino slots, Candy Crush, Pokémon Go. Current predictions set mobile gaming growth per annum at over 20%, in fact. 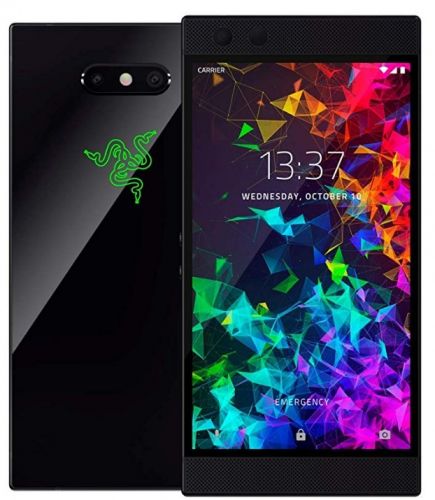 Now we have the Razer Phone 2. Never was there ever a more crystal clear screen in the palm of your hand. The Razer Phone 2 boasts a 120 Hz 1440×2560 display, now 50% brighter and with improved colour accuracy. It has 8 gigabytes of RAM. It has a top of the line Qualcomm Snapdragon processor. And, most weirdly and wonderfully of all, it has its own inbuilt cooling system. Heat is able to be parsed throughout the phone via a vaper chamber, increasing the surface area for cooling and minimizing the risk of burning a hole through your trouser or winter glove when pushing through an intense games session.

With hardware like this, mobile games have never looked so good.

With its current stats, the Razer Phone 2 rivals (and surpasses in many ways) both the latest iPhone and Android models. It can and will run the most demanding apps available with ease for years to come: fast-paced HD games like Modern Combat 5: Blackout; racing games like Asphalt 8: Airborne; and casino games from themed slots right the way through to live blackjack games offered by the likes of SkyCity Online Casino.

The Razer Phone 2 handles VR like a champ. Its battery life keeps on chugging. It has a hair-raising price tag, but it certainly earns its keep as a result. The least you can say about the Razer Phone 2 is that it serves its purpose as the premier piece of mobile gaming hardware on the market, playing any game from any genre, be it online casino games or zombie blasting or puzzle solving, on a crystal clear display. And as the industry around it continues to blossom, one can only imagine that this series will follow suit too.