Blacklight Retribution is essentially a first person shooter but it allows players to customize their characters and weapons so much, that it frequently passes the border into RPG land. Add to this the fact that it is free to play and we have an intriguing concept that is worth checking out by anyone who loves tight shooting controls and great visuals. There is no storyline to carry this title, but the numerous game modes are varied and good enough not to need the support of any narrative. 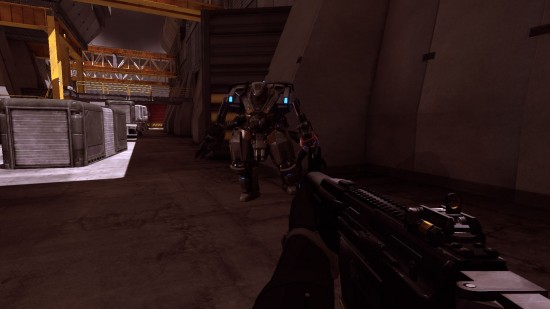 Step into the Blacklight

Players start with basic gear and unassuming weapons and gradually improve their equipment by winning games and gunning down opponents. Blacklight gives fans plenty of reasons to launch into murderous sprees but the original way in which it rewards those who achieve victory makes it more pleasant to grind experience. Customization is not only about making your character visually appealing, because each piece of gear that you add will improve stamina, speed or other attributes that increase your chances to survive.

While gearing up for battle is a never ending process it is by no means a tedious one and very few will feel the urge to throw some money on the table. Blacklight Retribution might be a free to play title, but this doesn’t mean that the developers erect any barricades against those who are willing to spend real money. In fact they encourage them to convert real cash into Zen which is the virtual currency and use it to purchase a plethora of better gear. 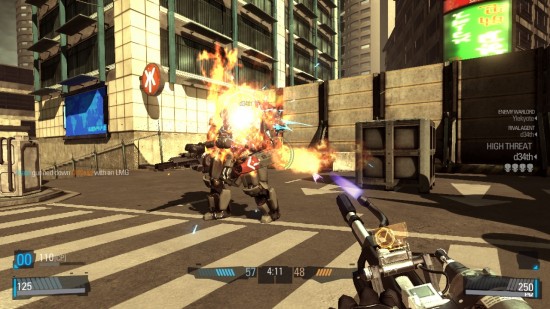 This is one of the main concerns with any free games, because there is always a risk to ruin the balance when those who pay gain access to vastly superior weapons or armor. Fortunately it is not the case here, as characters are only slightly improved when they wear top gear and it is still the experience and skill that makes the difference. Headshots deliver some indiscriminate justice to rookies and veterans alike and no matter what you are wearing, it will not save you from a bullet hitting your head.

Mechs and the celebrated HRV system are two of the elements that spice things up in Blacklight Retribution, with the latter being truly innovative. The Hyper Reality Visor allows players to see through walls and take enemies by surprise, although they can’t shoot while wearing the device. Overall this is an excellent game and the fact that it is free but comes on par with expensive shooters makes it easy to recommend. Watch the trailer and you’ll see understand why 4 out of 5 stars is a fair rating for Blacklight.