Amazon Prime surged into the headlines recently with the announcement that the Prime Streaming service is now available on the PS3. The two are ideally suited for each other; Sony’s console and Amazon Prime are both far more powerful, popular, and versatile than many people realize, and this new marriage makes both well-equipped to reach even greater heights. 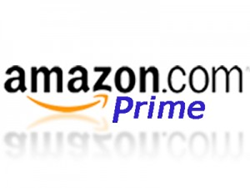 For one thing, this isn’t just big news for a small number of gamers. Over half of the households in the U.S. have an Xbox360, PS3, and/or Wii (56% overall, and 65% of broadband subscribers) , and these sixth-generation consoles offer far more than gaming. In fact, in the “Post-PC era,” the sophisticated but user-friendly interface of the game console has joined the smartphone in replacing traditional home entertainment centers and PCs alike for media and online usage.

However, the bigger revelation may be just how good Amazon Prime Streaming really is. When the company first unveiled Prime, it was mainly a way for frequent Amazon customers to get faster, cheaper deliveries. Nobody would have predicted that Prime would quickly threaten to unseat the reigning online video providers.

Even without Prime, Amazon’s Instant Video has a selection and price that are second to nobody else. Already boasting over 120,000 films and TV shows, subscribers get access to episodes of many current shows within hours of their TV premiere. The rental prices are comparable (or better than) any other ‘video on demand’ services, as are the terms of viewing (e.g., how long the videos are available for viewing after purchase).

The service is also virtually ‘device-agnostic,’ in other words, you can watch on your PC, on your smartphone, or on a long list of compatible TVs and home theater equipment. A list which, as we’ve seen, now includes one of the game consoles that over half the people in the U.S. already have connected to their living room TVs. Few, if any online video services can say the same.

But Prime Streaming makes Amazon’s video service irresistible, because it’s buffet-style, not a la carte. With one yearly fee of $79, a large portion of Amazon’s Instant Video selection becomes yours to watch whenever you’d like, as many times as you’d like. You can stream over 3,000 movies and TV shows at your convenience, and Amazon isn’t being stingy about which ones, these include new movie releases and top current TV shows.

Of course, Prime membership still throws in all of those other little goodies too: free 2-day delivery, free eBooks from the Kindle Library, and other specials that are utterly beyond the capabilities of online video providers like Netflix and Hulu. Even more diversified online providers like Apple and Google lack the consumer-oriented media focus that Amazon has grown since the mid-1990s. Amazon’s MP3 store is more popular than Google’s own Android music market, with only the mighty iTunes offering any serious challenge for downloaded audio and video.

So yes, in one sense, this is a story about Amazon’s video selection becoming available on the PS3. But it doesn’t take much reading between the lines to see that this is all about who will lead the online video market over the next several years. If your bet is on anyone other than Amazon, I’ll be more than happy to take your money.

Tyler spends most of his time watching television now that he can access more TV Shows on Amazon Prime with his PS3.  Tyler also is a writer for isatelliteinternet.com on his spare time.