Free to play games are acting as a magnet for those who like diversity and wouldn’t invest a lot into a title that they will eventually get bored of. Tribes: Ascend is one of the few free ones that will get players so immersed into the action that they will seriously consider spending real money on alternate classes, better weapons or grenades. It is as fair as it gets, since you get the chance to experience the best Tribes has to offer before deciding whether this game is for you or not. 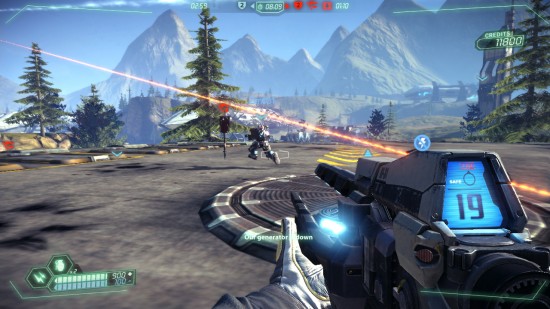 Gun down your foes at blazing fast speeds

Speed has always been a trademark for Tribes and the latest installment doesn’t stray from the concept that made it so popular, but builds on it. While most shooters demand the player to take cover most of the time and attack unsuspecting enemies, Tribes is all about outmaneuvering opponents. Sliding downhill at incredible speeds and hitting equally fast moving targets is by no means an easy task but somehow it never gets frustrating.

Gunning down enemies is the most exciting part of the game, but there is some strategy behind it and just as any Capture the Flag mode, it requires some basic strategy. Teams are large enough to create and defend a perimeter, but in Tribes: Ascend those who choose to wait for opponents are nothing more than sitting ducks. Players are required to dance around their enemies and predict their moves, as only by thinking a few moves in advance they can hit a target moving this fast. 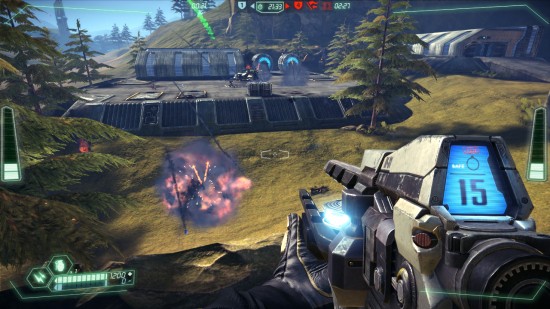 Agility above anything else

Visually appealing even for paid products’ standards, Tribes: Ascend is one of the most attractive free games out there, with beautiful characters and gorgeous landscapes. Vehicles look great as well, but in terms of versatility they fall behind expectations due to the fact that they are hard to maneuver. An agile soldier on foot can inflict more damage on enemies driving vehicles while dodging bullets with ease. For those who choose to unlock other classes, the urge to get behind the wheel will decrease into near-irrelevance.

Hi-Rez Studios has released what is without a doubt the best free to play game of 2012 and one of the best ever, at least as far as shooters go. Few games earn 5 stars out of 5, but Tribes definitely deserves the highest ranking for what it achieves. This trailer should give you a general idea about what to expect from it and act as a final argument to jump on the bandwagon.