I was sent the Fxexblin Keyboard and Mouse combo to review and I think it is a very decent budget gaming set that gets you up and running.  This keyboard has mechanical feeling keys but they aren’t true mechanical, it just simulates the feedback a bit and does have 19 non-conflict keys to avoid hitting keys while gaming and them not registering right.  It also features a colorful LED backlighting but this is in a fixed color pattern that is not adjustable.  You get 105 keys including the FN key for the keyboard and the mouse itself has several different color options and 3 DPI options programmed into it. 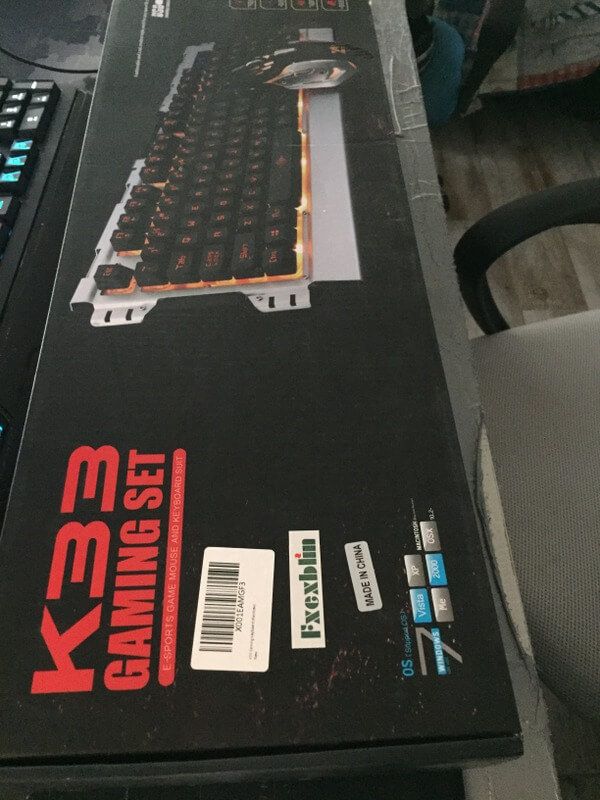 This is called the K33 Gaming Set and the box is rather large, but you will find out when when you open it.  The keyboard itself is quite massive, it has an unfinished machine cut look that makes it look a little bit steampunk in my opinion.  The keyboard however is far wider than any other keyboard I have reviewed and this is because of the extra space added for that machine cut look. 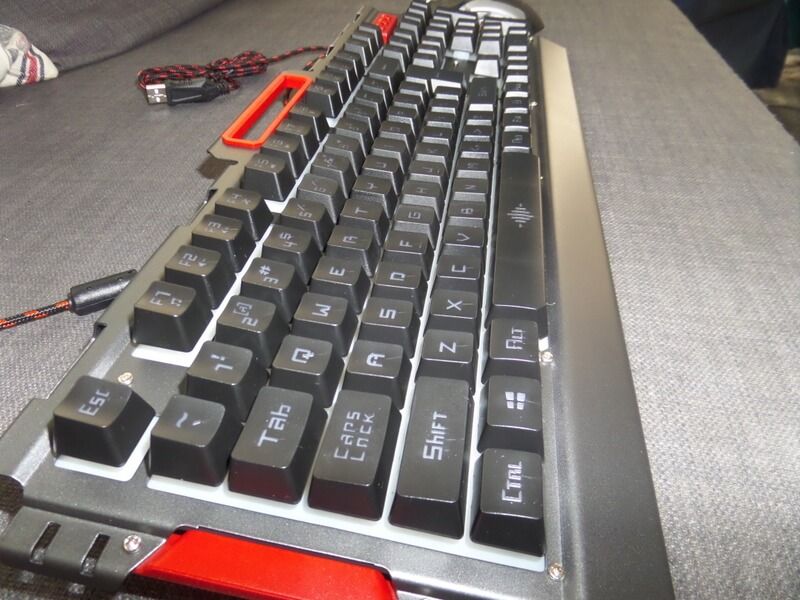 The red gap in the top could be used as a phone holder provided your phone doesn’t have a thick case on it, and this does do a decent job with thinner phones holding them vertical.  The keys themselves are large and you can’t miss hitting a key as nothing is compact here. 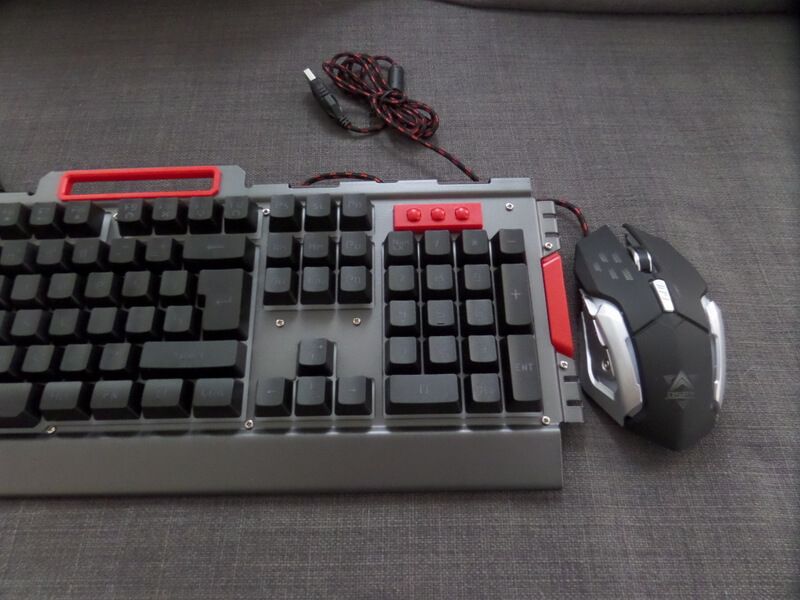 The mouse has a similar look like it was cut from metal but is just gray plastic, the mouse and keyboard both share an identical looking braided cable.  The one thing I found rather useless was that red brick above the 10-Key, it is meaningless and those 3 little circles aren’t buttons at all.  It is just decorative space and there is a lot of that on this keyboard with the hanging lips on both sides and top of the keyboard.  They keyboard is so wide in fact that if you have a keyboard tray that pulls out from under your desk and it has fixed width this keyboard may be too wide for it, it wouldn’t fit in my son’s desk due to the width. 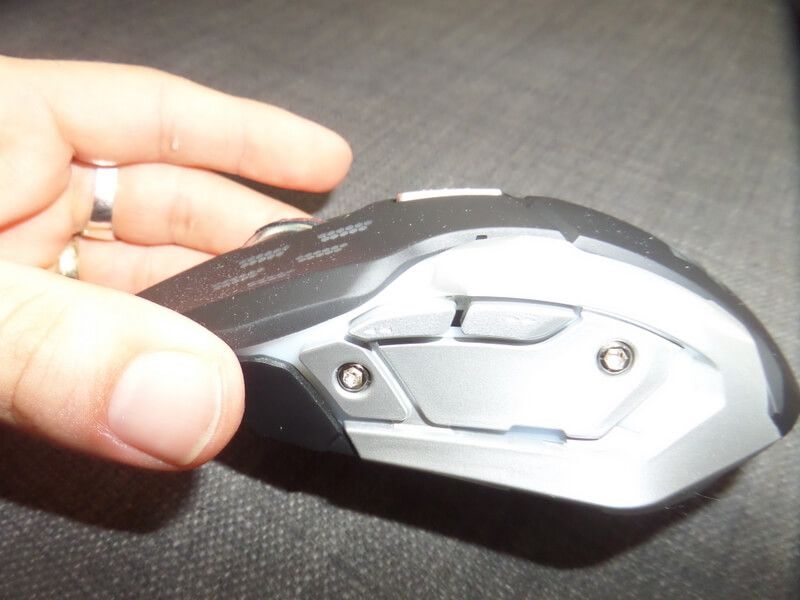 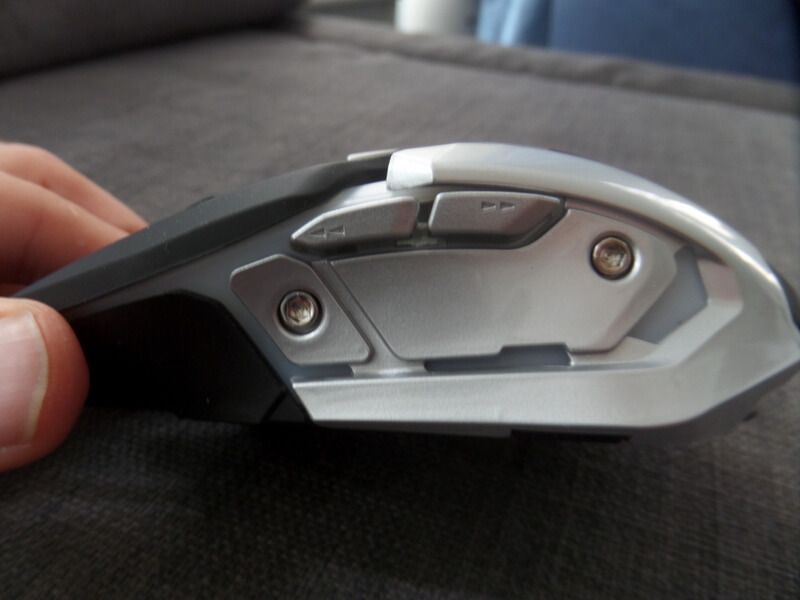 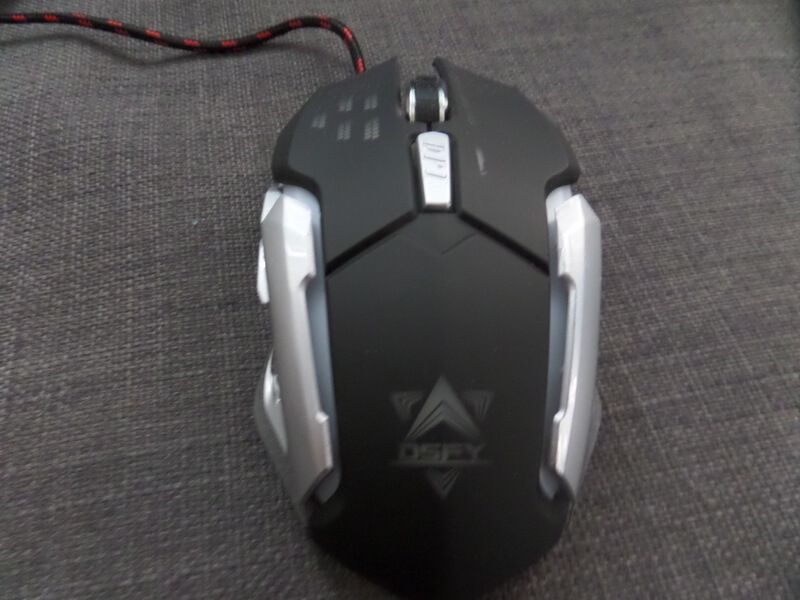 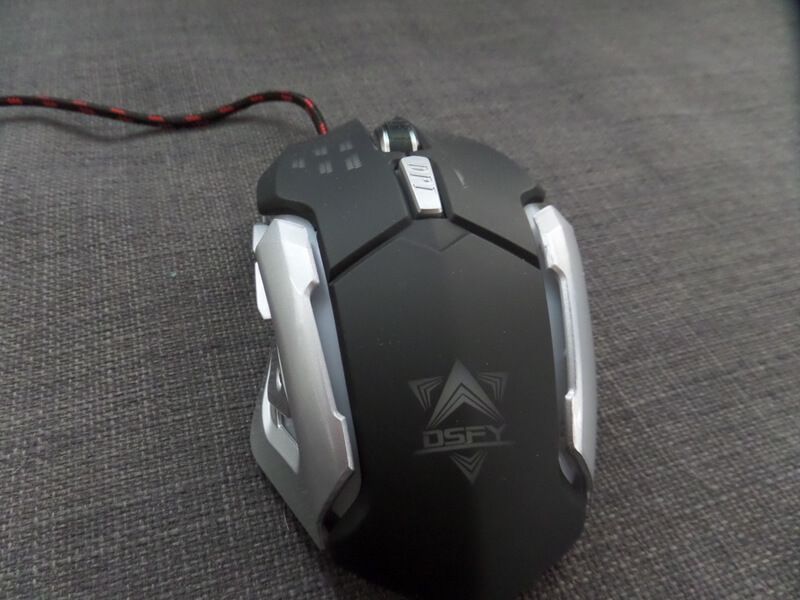 The mouse itself is basic entry level and looks kind of cool but the plastic is plastic and doesn’t maintain that cool metal look upon close inspection.  As a gaming mouse it has no extra features or frills that one would want except for default 3 DPI options and the color of the mouse.  This is a good basic gaming keyboard/mouse combo setup if you have a large desk, but if you have a smaller desk I found the keyboard too wide and large wasting precious desk real estate with extended cosmetic parts of the keyboard that were unnecessary.  The keyboard does function well though and the keys worked well when playing Overwatch, Heroes of the Storm, and Elite: Dangerous without issue.  The mouse doesn’t quite have the extra thumb buttons I would want and I like my gaming peripherals to be a little more RGB customizable thanks to being spoiled by Gamdias but this still makes a decent combo and for $29.99 you get a keyboard and mouse for the price of just a keyboard or mouse.