The modern video gaming era is proving a multi-billion global industry. Creators like never are in a rush to supply the avid video gamers with the most exciting titles. Before launching their epic titles, these gaming companies carry out adequate background research to ensure the right content and competitive products.

From renowned brands like Blizzard Entertainment to the likes of cryptic studios and Microgaming for casino video games, the market is full of polished creators ready to take your gaming experience to the next level. While in the past, casino games were created with a niche to land-based casinos, the advent of internet technology has led to the widespread embrace of online casino games.

Stemming from this, gaming developing companies are diversifying their specializations intending to capture the video slots market. Beneficial in many ways, online casino sites have simplified the notion of gaming as you can spin the best real money and free pokies at the comfort of your home.

Alongside this comfort is the desire by software companies to design epic, user-friendly, and enthralling games. To this end, these companies use multi-theme approaches. Even as this is the case, Dragon-inspired games are probably among the popular games. As it may be, frightening characters have modified these dreaded creatures to create memorable games that will change your perception towards this big-time hobby.

Dragon-theme is quite popular across gamers. They are perceived as powerful, magical, or extraordinary beasts that can give you that extra ability to win a quest. They are of many types giving designers an upper hand in further customization of their characters. There are Dragonflights, Druids/Mage, or Merithra/ Nozdormu (racial leaders), to mention just a few. To spice up your gameplay, these games give the option of playing the dragon’s role with superpowers that, if well used, will get you winning to the main quest. The inimitability of the dragon games is based on the fact that respective developers can vary these mythical creatures as no player is accurately familiar with them. Therefore, it gives a developer the room to design the most fearful or powerful creature that captures the player’s imagination of what the dragon might be.

In case you would like to have a taste of the theme, here are the ten best Dragon-themed games by global market leaders.

The Elder Scrolls V: Skyrim – Alduin is a highly intense game that is served hot with the dreaded Skyrim Dragons. Though there are many turns and twists to the duels, Alduin, and his breeds are the main characters in the concluding contest in their beloved homeland (Nord). The game has skillful moves through which players access the dragons of Tamriel and the stoic. Marauding dragons characterize the journey to this end. While gaming, you must be keen on the giant dragon that heavily flaps its wings as you silently find your way back to your town with a basketful of stolen fortunes.

Released by Blizzard Entertainment in 2004, this is the fourth production under the fantasy universe of Warcraft. In this game, players control the avatar by exploring the landscape while engaging in numerous battles, quests, and interactions with other non-player characters. The game is, however, available in 2 categories. The average category in which the main focus is to face the monsters and destroy them in play against a player contest. The role-play category is available. Instead of being pitted against the other player, you assume the role-playing character. As you play the game, you can choose between Horde (Alliance) or Pandaren’s opposing sides. As these characters grow up, they acquire special skills, talents, and knowledge. It is the role of the player to fine-tune these abilities.

How to Train your Dragon

In this game, you are presented with a town that is full of pet dragons. You compete with these creatures in a set tournament. Players assume either an Astrid or Hiccup’s role and train their respective dragons into the strongest in the neighborhood. A vast part of the storyline is through the much-hyped talking heads. The entire village is likened to the overworld map in which players have to hit on the marked locations to reach there. As you go to these destinations, you will have to go through quests successfully. Among them are the dragon battles that come with an energy bar that fills up whenever you successfully fight the behemoth.

Developed by XL Games, this video game comes with a zoneless area. It is playable in both the third person and first-person views. It is quite interesting as it offers a deviation from other traditional combat games. It comes with a naval-oriented combat storyline in which thrift traders must find means of navigating the dangerous routes. The need for fighter ships and manpower is relatively high. While skills are required, this game is quite flexible as you need three kinds of skills. With level-up approaches, the classes are subject to changes at any specified NPC.

Developed by Microgaming, this is a fantasy game in which a player is set to undertake a rigorous mission of rescuing a helpless girl by fighting at least four dangerous dragons. Available across online casino floors, this game comes on a configuration of 5 reels, 3 rows, and 20 paylines. Players have wild and scatter features that help them get a high payout by successfully hunting down the dragons. To catch a dragon, all you need is to land any dragon symbol at the right bottom reel. There are indicators around the spinning button that point to a successful clasp on the dragon. 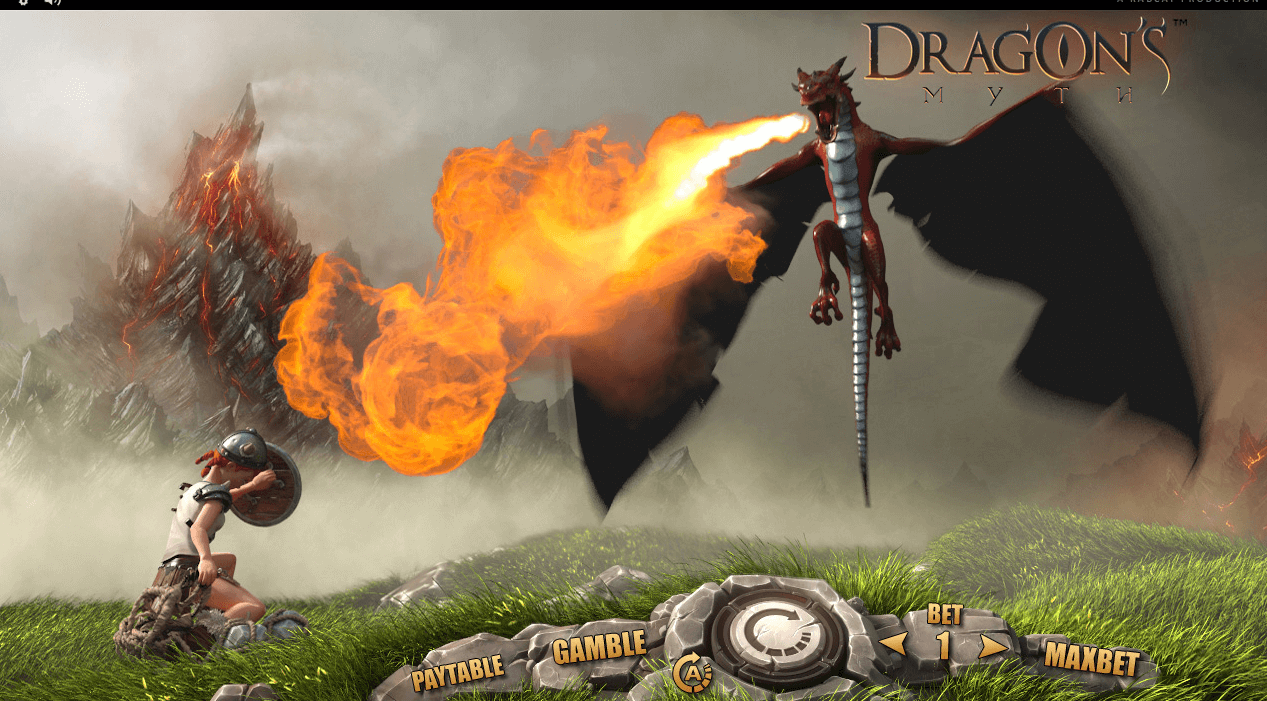 It is a cool modified game by ArenaNet. It features, among other things, real-time 3D graphics and highly enhanced animations. Taking place in Tyria, it immerses you deep into the 200-year-old storyline of the famed destroyer in the ‘northern Expansion Eye.’ There are 5 Elder Dragons that have woken from the slumber and are causing untold destruction to Tyria’s world. Tyrians are faced with indescribable natural disasters and the unending battles with Charr. As a player, your role is to re-establish unity among the Destiny Edge group, which comes with the much-needed zeal and energy to counter the woken dragon elder (Zhaitan).

This video game is also laden with elderly dragons of various types. It presents an arena with exciting battles as an open-world game, including the fight against the Xeno’jiiva, the elderly of all the dragons. While its later releases have been interesting, the Iceborn release is expected to cause huge traffic as you will be fighting against icy Velkhana and the Namielle elder dragons.

It is a creation of Bethesda Game Studios. The game takes place in Solstheim Island in which the player meets Miraak, the first Dragonborn. As a player, you are free to roam the island at will as you pursue quests. The game gives you the ability to tame and get ridden on dragons. The player can use these dragons to attack rivals and target the likely. The game’s main duel is activated by the attack directed to the last Dragon Born (the player). The attack by the worshippers of Miraak will see them defeated by the player investigating them to find out their origins. Upon tracing them to the island, he sets on a journey to Solstheim to confront the leader of the cult aboard a chartered ship (Northern Maiden). 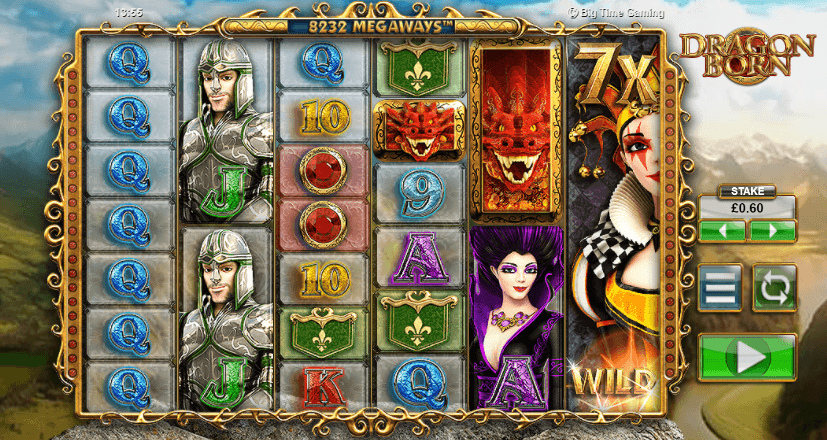 The game is the creation of Cryptic studios. The game is set in a city characterized by massive chaos after the vanishing of the highly respected and last noble popularly known as Neverwinter. The unfortunate Spellplague and primordial fires compel the original inhabitants to struggle and fight against the domination by strange creatures as the dead start rising while attacking their former city. The player’s role is to find out among the sect of the crown winter what type of skeletons are of interest. Though there are specific places in the game, players can create new locations that may be congruent or incongruent to the game’s lore.