We’ve recently seen a lot of major anniversaries for popular video game franchises this year, including the 20th anniversary for both Mario Kart 64 and GoldenEye 007, and the 25th anniversary for Mortal Kombat. Whilst many would call this 90s era the “Golden Age” of video games, we have to say that gaming in the 2010s is still awesome, despite the truly epic games released back in the day. 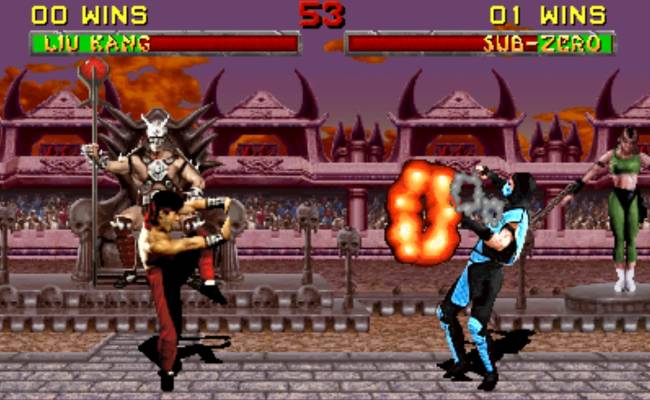 So, this got us thinking: what are the major transformations between gaming now compared to back in the 90s?

Although PlayStation and PC fans have been used to disks all their lives, it came as a shock to Sega and Nintendo enthusiasts when both companies switched from cartridges to disks for their respective consoles, the Saturn and the GameCube. Many 90s kids will remember the constant struggle of blowing into a cartridge (supposedly to remove dust) after being greeted with a black screen on the TV. The trick always seemed to work, even though some insisted it was only a myth!

Funnily enough, despite every major console sticking to disks, Nintendo has actually gone back to using cartridges for its Switch console, albeit incredibly tiny ones about the size of a standard SD card on a camera. But don’t put your mouth anywhere near these! Nintendo has placed a non-toxic chemical on the cartridge to ensure small children or pets instantly spit it out in case they accidentally swallow it. The major difference between the eras is that games nowadays require a significant loading time onto the console’s hard drive. Which means, you can’t excitedly play the game until usually a good 30-minute wait.

Gaming together vs. gaming apart

For multiplayer in the 90s, it used to be that you’d have one TV, four controllers, four friends in a room and a lot of madness! Mario Kart 64 and GoldenEye 007 were staple games for a lot of households, because not only were the graphics quite cutting-edge (for their time), the gameplay was just so much fun. The great thing about it all was simply being in the same room as your gaming buddies, and being able to see their reaction when you beat them at the finish line or make a tough shot.

In 2017, it’s all about online play now. This takes some getting used to for those who played in the 90s, but it has certainly got its positives. It’s pretty incredible that you can be thousands of miles away from someone but still be able to take part in multiplayer or co-op gameplay. Games like Call of Duty, Halo, and League of Legends have flourished as a result of gamers playing around the world. Minecraft too, has seen huge success due to the fact that it’s possible to rent a gaming server and then invite only those whom you want to play with to join your league. This creation of a server is achieved via sites like this: https://www.1and1.co.uk/game-server.

In the 90s, you’d pay for your game in the store and leave a satisfied customer, knowing that you didn’t have to pay any more money. Nowadays, however, DLC, loot boxes and microtransactions are a big topic of debate in the gaming industry. Many gaming studios will argue that these smaller transactions are the only way they can survive, and that no one is forcing gamers to part with their money for more content (often in the form of new clothing and gear for your characters, more levels and sometimes even new characters).

However, with the recent uproar that surrounded gaming studio EA with its new release – Star Wars Battlefront II – it’s now evident that many companies are taking advantage of this system and handicapping gamers who don’t wish to part with their money, as progress throughout the game (primarily with multiplayer) will often be slow and dreary without spending some cash to purchase new characters or abilities. EA has taken a lot of stick for the move and it could well be that DLC and loot boxes will be reevaluated in the future.