This game mode is arguably the biggest game mode of them all, with over 2000 servers there is plenty of people who play and enjoy Trouble In Terrorist Town and rightly so! The game is very enjoyable and is incredibly addictive due to the sleuthing done by players. Trouble In Terrorist Town (TTT) is a game mode which has taken Gary’s Mod in style because of it’s wonderful gameplay mechanics. In TTT players are devised of two teams, innocents and traitors. The round ends when one team wins. In a usual game there are roughly 90% innocents and 10% traitors and games with under ten people only have one traitor. 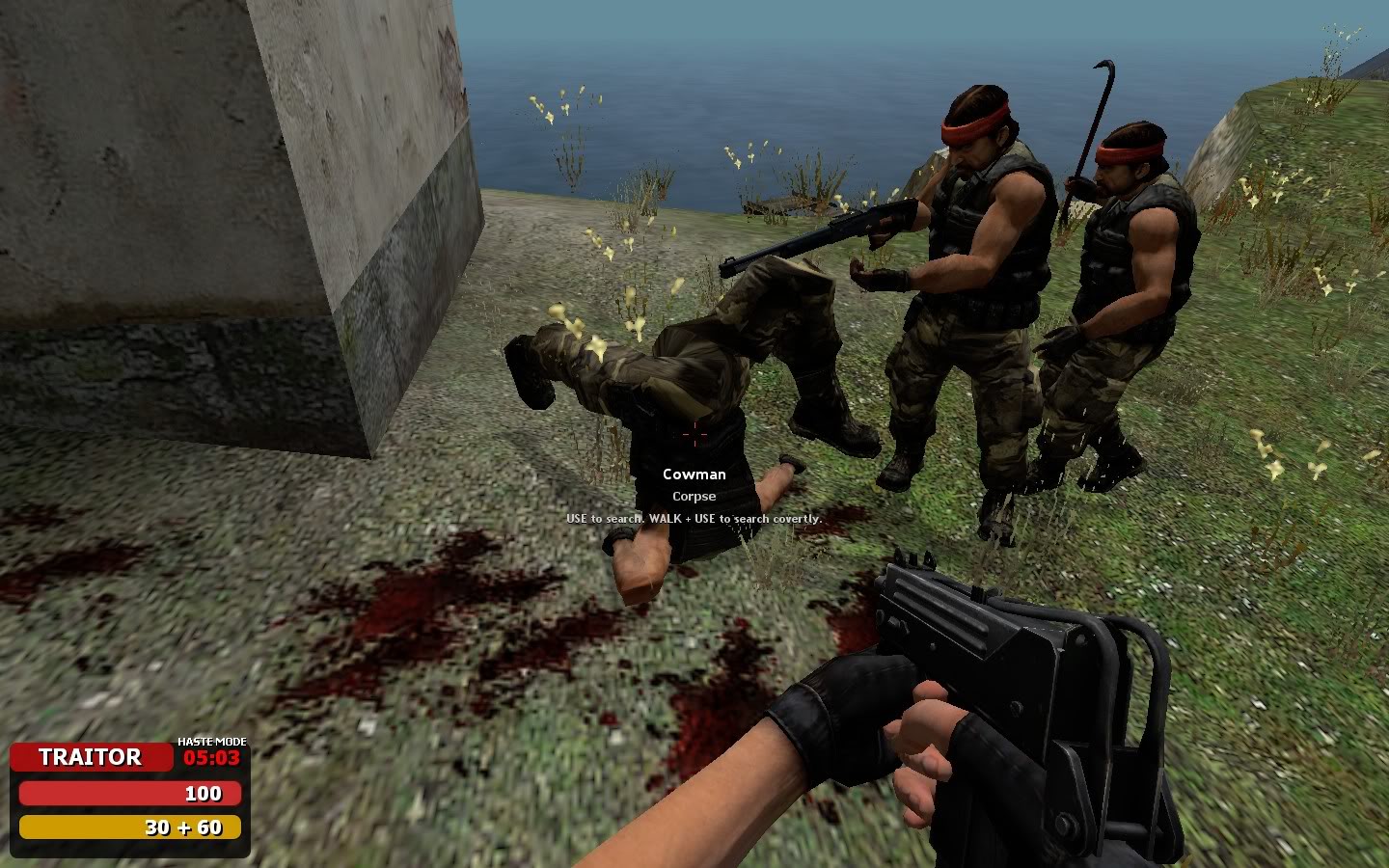 The idea is for the traitor to try to kill all the innocents before they realise who the traitor is, as innocents can only kill the traitor if they have proof that he either killed a person or if you see them try to. For a traitor to win they must use the right amount of patience, stealth and the correct weaponry to blast their way to victory. The traitor can choose from a range of weapons and so can innocents, these weapons include guns like the sniper, machine gun, shotgun, pistol, frag grenades and discombobulator. 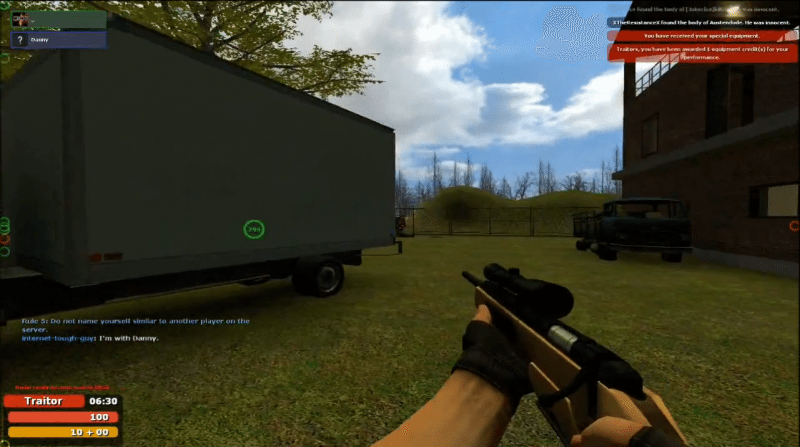 For the innocents to win they should try to keep in an open space quite close to other players, this means you give the traitor a very hard time to kill you as there are plenty of others to witness your death allowing for the traitor to get caught. One important thing to remember though is that you cannot kill a person because you think they are a traitor, you must have physical evidence.To add even more competitiveness into the game after 12 players join, a person automatically becomes a detective. The detective can bridge the gap between a killer and a dead body as they can do DNA tests, finger print scans and they can also see the last thing the dead person saw before they died. Using the features detectives have they can help a team incredibly but they can also prove a valid target for the traitor. Detectives should never go too far from others as they will be the target traitor’s will go for first. 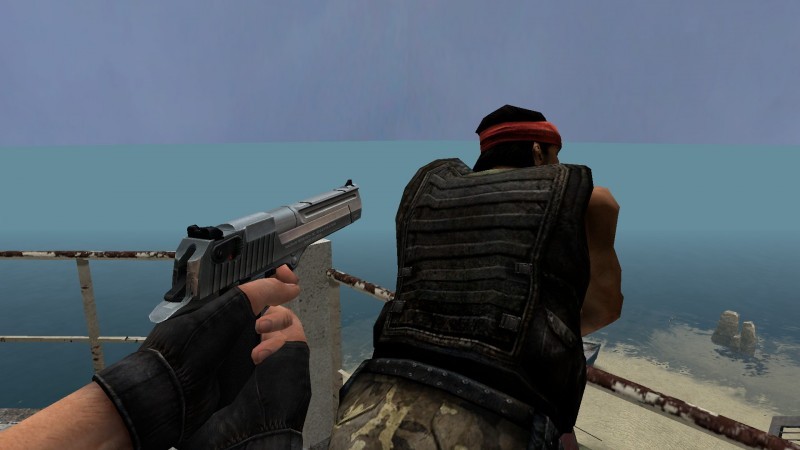 Not only can a traitor use guns but like the detective they can also open a small shop window and purchase a bunch of useful stuff, such as a teleporter, a bomb and my personal favourite, the sentry gun! This game is one of my favourites I have reviewed as all the mechanics mixed in makes the game so unique and so awesome to play, I can definitely say you will spend many hours playing this game if you’re not careful!