Google Friend Connect however was probably the most used service by bloggers that was being terminated.  Many bloggers worked hard to promote and build up Friend networks for their blogs with the widgets as seen below on Metallman.com. 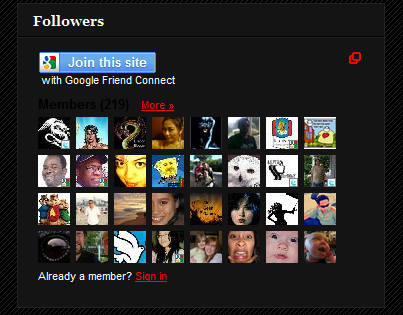 Assuming most have switched to Facebook fanpages, Networkedblogs could just as easily be the next type of blog widget service which was great before Facebook Fanpages existed but seems a bit less important since the Facebook fanpages came out.