Recently Google was in the news for informing a Texas police department just outside of Houston, TX that a user had child pornography in his Gmail account.  Now it is known Google scans your email in an effort to serve targeted ads to its Gmail users.  For those you love Gmail this is a trade off for what they believe is a great email service they can use for free.  Free email, free storage, free access to document management.  Some may believe I have nothing to hide so i have no concerns.  Some believe this is an invasion of privacy even just for the directed ads in trade for free services.
It does appear to be a fine line.  Does providing a free service initial a company to then use the data a user stores on their platform access to all my data for any purpose they deem appropriate?   Terms of Service agreements, we all sign/click a box to agree, are a muddled collection of words conjured up by lawyers to loosely cover any and all possibilities to cover the *** of the company providing the service.  So vague a lawyer can encompass and then justify almost anything.

Now Google has taken the opportunity so somehow determine there were images within emails one of their users had stored in their email account.  The ability to scan images is something known to be done by Google.  Being able to scan those images and then determine the image is inappropriate or illegal in not a capability known Google to have.  Is this this some facial recognition with a Google Gmail algorithm?  If so did that algorithm have images of the children’s faces?  Can that algorithm determine if the pictures is wearing clothing?Can the algorithm also determine the actual age of the person in the image?    Is it an algorithm that deems a person guilty and there  by makes recommendation as to what should happen to the user or users?  Is there a flag of some sort that then requires an actual human to then peer into a users account and then make a human interpretation as to what action if any, is taken?  Does the data get copied from the user’s account and sent to a human reviewer so that Google can say “none of our policies allow for any of our employees or persons working for Google in any capacity to access user’s Google accounts”?  Does this policy, not having truly read the free TOS or the Google APPs TOS, also apply to the Google APPS, pay service, as it does appear to apply to the free service? 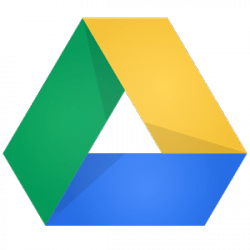 A good has been done by Google identifying a convicted child abuser was in “possession” of illegal images of children.  There is no doubt about that.  There is also no doubt as to the fact the world is a better place when this type of criminal is identified and dealt with.  It does part the curtain on some of the capability the Google algorithms may have and we are not completely aware of.  and of the fact they do make decisions on when to bring that power to bare upon a user or users.

Google has responded with they do not comment on user account issues or something to that affect.  Should we be concerned on how Google is doing this?  What they are really looking for?  How they are then choosing to disseminate that information and to whom it goes to?  We know Google wants to catalog and store any and all data possible but is there line that goes too far?