It’s codenamed Majel, which comes from Majel Barrett-Roddenberry, better known as the voice of the Federation Computer from Star Trek. Majel is an extension of Google’s Voice action project and it dramatically expands Google Voice actions and makes them more Siri like with natural language recognition, for example for sending a text, you have to say “send text to …..” with Voice Actions but with Majel it will be as simple as “text so and so this”

The engineers in Google X ,Google’s top secret lab are working to develop Majel. It might be out by January or February next year even though it was supposed to be released this year. Google’s Matias Duarte said in an interview to SlashGear:

“Our approach is more like Star Trek, right, Starship Enterprise; every piece of computing surface, everything is voice-aware. It’s not that there’s a personality, it doesn’t have a name, it’s just Computer.”

Google might actually have an animated avatar that talks and interacts with the user and leaked screenshots from a Google employee suggest that it will be integrated with Google’s services like Google Wallet and Google Checkout. 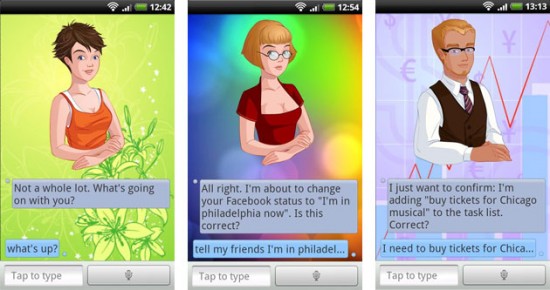 A google employee named Ted tipped Andriodandme that Majel was

“It’s definitely as good, or better, than Siri. At least on the tablet you can sort through different answers with these swipe-able trays. Like, if you say “show me the Statue of Liberty” it’ll automatically take you to Google Image results, but another tray beneath it might be its location on Google Maps and then another tray might have a Wikipedia page. It’s also pretty good at giving you succinct answers if you ask it a question. The UI is definitely more powerful than Siri’s, even if a little harder to navigate”

Google engineers are already testing a version of Majel that might be released as an upgrade to Google’s Voice Actions application, but we fully expect it will be a core part of Android’s next major release. By having an interactive avatar, more people will surely like Majel over Siri. Apple Siri has set the base for Voice Input and now Google has decided to grow over it. Already you can search google with your voice with this feature being around for about a year. This is the beginning of a revolution and soon even Windows may be controlled by voice commands.