CD PROJEKT RED might be the only billion-dollar gaming company with no haters. Well, there might be some furious fans, disheartened by the latest frenzy around CyberPunk 2077. The Company has repeatedly been delaying the release of the game, citing improvement. Still, if this was any other big company, the bashes coming would have been enormous.

Not Your Typical Card Game 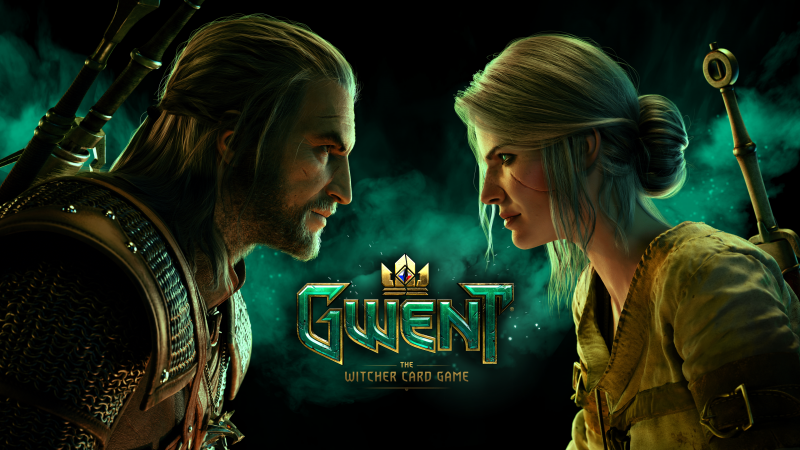 The current situation has transformed into such that when you hear about card games, you think of the content as an online casino review. However, Gwent is entirely different. Even in GTA V, the Diamond Resort Casino lets you use your real money to buy in-game casino coins. Gwent didn’t capitalize on that. Still, this small RPG card game is popular among the fans.

Most of the fans are still keeping their faith on the CD Red team. Why wouldn’t they? The team has no-flop games, and on top of that, the Witcher 3 has been voted the greatest game of the decade. Still, after so many years if its release, there is no better RPG on the market. The game had so much of a hit that the Developer had to release the in-game content, Gwent, as a standalone game on fan’s demand.

There are two sides, each representing an army. In one army, there are 3 forces at the front. Closest to the rival stands armies who fight at close quarters, archers and other ranged attackers stand behind them, and at the last line stands the machines and creatures used for siege purposes. A total of 3 rounds are played, and each army builds the deck with a minimum of 22-unit cards, a maximum of 10 special cards, and a leader card.

A player draws 10 random cards and can re-draw 2 more before the battle begins. The player playing cards with the most value in a round wins the round. Winning 2 rounds makes a player victorious. The cards are also divided into 4 factions. The Northern Realms with Foltest as the leader, The Nilfgaardian Empire’s leader is Emhyr var Emreis, Eredin Breacc Glas leads the Monsters, and The Scoia’tael has Francesca Findbair as the leader.

The rewards of winning a game can either be coins, or rare Gwent cards. 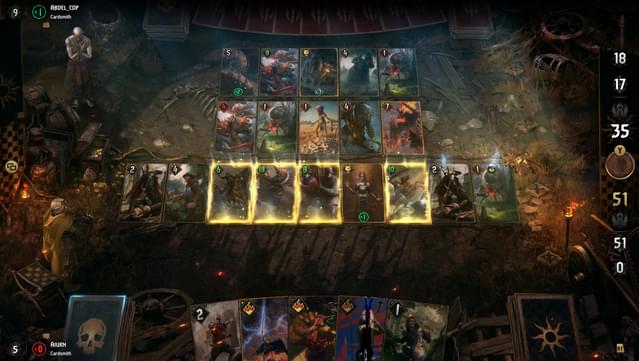 Gwent isn’t just an added content in The Witcher: 3, instead it completely resonates with all the characters in the game. The cards of the game depicting image, heroes, leaders, monsters, etc. are real characters within the game!

So, for a Witcher: 3 enthusiasts, the card game is like reliving the moments of the Witcher: 3 itself. They can focus on their favorite faction; play with the characters they loved the most. Gwent has made the Witcher: 3 environments more realistic and immersive at the same time.

Simple, Yet Not So Easy

Card games within another game is not a new concept. Even if you talk to the Witcher: 3 players, you may learn that most of them didn’t even bother to play the card game at their first playthrough. They started it after seeing so much discussion, and during their casual gaming of the second playthrough.

When they did finally start noticing the game and playing it attentively, they found it addictive. The reason is its simplicity. The concept of the game is so easy, yet no one can really master it. The characters and gameplay, too, are immersive for any Witcher fan.

If you look at the regular players and leader boards, you might think that Gwent has been a flop. We can assure you, for CD PROJEKT RED, that is not the case. Sure, they would obviously like many more users. Still, with the Gwent and its subsequent releases, CD Red had a different aim. Their digital distribution platform GOG had been the only platform to sell the game for a long time. This brought in a vast potential customer to the store, who, in turn, saw some excellent offers and purchased other games! That’s a win-win, right?