[easyazon_image asin=”B005P5UMVM” alt=”Hauppauge 1445 HD-PVR Gaming Edition High Definition Personal Video Recorder for Use with PC, PS3, Xbox 360, and Wii” src=”http://ecx.images-amazon.com/images/I/41L9V0d5LvL._SL160_.jpg” align=”right” width=”160″ height=”106″]For years, gamers have searched for a device that would record their game footage in pristine quality that was reliable, easy to use, and just got the job done.  I for one have tried numerous products for this purpose that ranged from software and add-ons to capture cards.  While a few came close, none really lived up to the expectations I had.  After much research, the powers that be answered my prayers with the [easyazon-link asin=”B005P5UMVM”]Hauppauge HD PVR 1445 Gaming Edition[/easyazon-link].

Feel free to watch the video review or read my written thoughts below.

In the past, one of the most soul crushing experiences of using video game capture devices occurs during the initial setup of the device.  In the Hauppauge’s case, I was easily able to determine which cable goes where and had everything up and running in a mere ten minutes.  The software installation was pretty speedy and the drivers were located and downloaded in less than a minute.  If you already own a Hauppauge or are planning to get one, I strongly recommend the non-tech savvy out there to watch our guide video that covers how to set it up painlessly.

The ArcSoft software is quite user-friendly and within a couple clicks you can open the capture window, format the video, and get your recording going.  If you are considering using it to edit and produce videos however, I would advise against it.  For producing movies for YouTube, it falls a bit short and you are better off importing your saved video files into the editor of your choice. 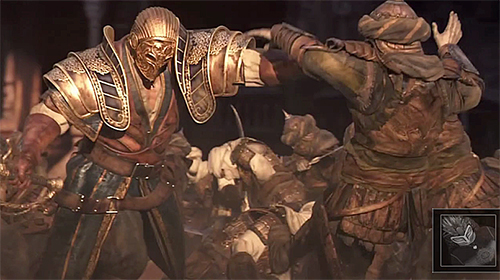 In regards to capture quality, I have never seen any device come close to what the Hauppauge can dish out.  The file sizes are naturally huge but that is to be expected.  Even the sound is a symphony for the ears and I certainly would not call it flat.  At times I did notice one concerning video artifact though.  I call this artifact the annoying “ghost effect.”  This ghost effect occurs when text is on a high contrast background – such as white text against a black screen.  Interestingly, when rendering clips that experience this effect, it becomes almost non-existent.  I have a theory that this effect is caused either due to interference between my electronics or an issue with the way my TV is projecting the signal.  Regardless, it is truly a minor issue and it in no way sacrifices the quality of my footage.

VCR and Other Alternatives

The Hauppauge isn’t just intended for recording video game footage.  It is advertised as being able to record from your satellite/cable box, DVD player, and VCR.  Out of these alternatives I tested out the VCR recording capabilities.  I cannot tell you how many VHS tapes I have collecting dust that I have been hoping to save for years.  I whipped out one that was particularly special to me – a video of my first birthday party – and got to work.  Unfortunately, the Hauppauge and VCR machines do not mix.  Somehow the way composite connections transfer the signal causes the Hauppauge to get fussy and the ArcSoft software goes into fits.  The way I dealt with this problem was manually turning the device off and on in between each clip I taped.  If I ever tried to rewind or fast forward, the program would once again hang and the video crapped out.  I’m positive the Hauppauge would be way less of a diva with the other devices I mentioned, but when it comes to VCR, the Hauppauge just doesn’t cut it.

It seems like just yesterday when I first started editing film or capturing game play footage.  As time goes by, my arsenal of equipment has grown larger than I could have ever imagined.  Sometimes I look around and think, “that wasn’t a worthwhile buy” or “man I should have gone for another model.”  In the case of the [easyazon-link asin=”B005P5UMVM”]Hauppauge HD PVR 1445 Gaming Edition[/easyazon-link] I have zero buyer’s remorse.  It truly is a dream come true for machinima makers.  Therefore I happily give it a stellar four and a half out of five stars.

Readers got any questions about the Hauppauge?  Feel free to post them in the comments section below and I’ll be happy to help!