I have owned only 1 USB hub in my life and have not given it much thought over the years. It works and that is that. When I was asked to review the HAvit Micro USB 3.0 Hub, I figured that it would be just like the one I already owned, but I was a bit surprised. 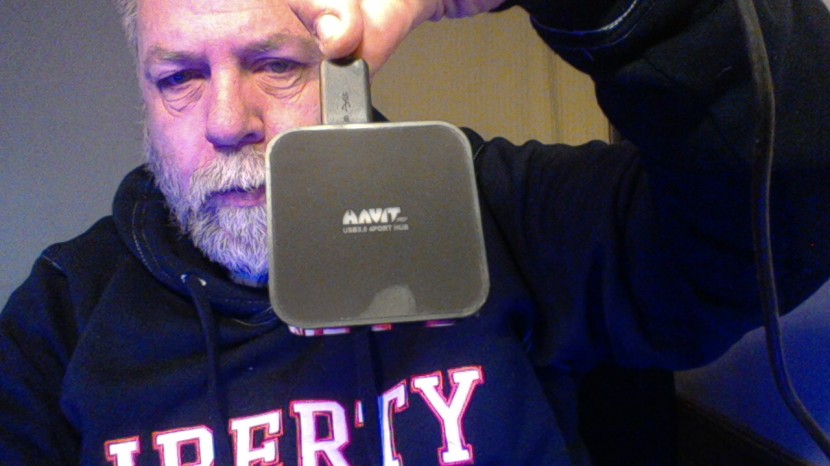 I will not say that it is the best of the best, but it is not bad. This hub gives me 4 extra USB 3.0 ports to use. The ports light up with a nice blue glow as well as the label. It looks very nice when the lights are down.
The ports are arranged along two sides that I feared would be a problem but even with the small size of the hub, I have not yet run into any troubles with attaching things to it, with the exception of one flash drive that has a very wide cover on it. 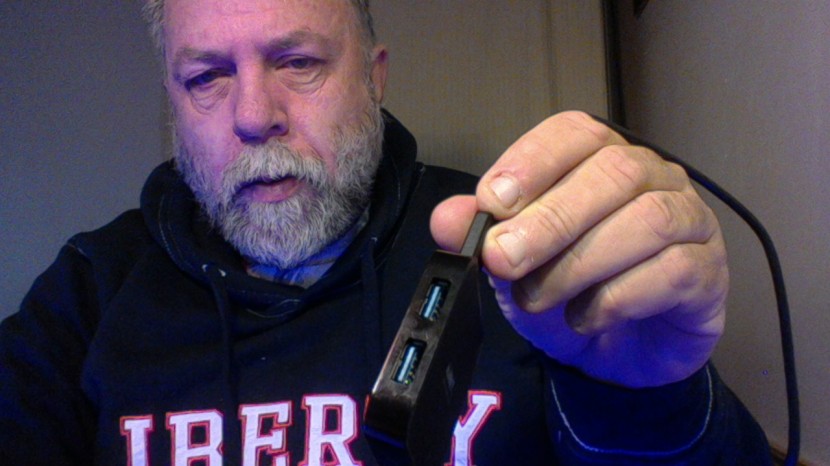 One thing to note, that I did not know before this is that a USB hub that isn’t powered by an A/C outlet, even a 3.0 hub will not allow for the charging of any device, especially a tablet. I had hoped that it would, but sadly no. There is however a ray of hope here in that this hub allows for a cable to be plugged into it for charging, or so the site says. I do not seem to have a charging cord, they do not include on, nor was any specifications given to tell me what to use. I have already learned that this would be a nice addition.
I had no problems using the hub, connected to my kindle fire as a data device, but as I said before, no charging. I was also able to hook up my Samsung cell to it with the same results. Flash drives functioned just fine, but when I went to plug in my external hard drive, that does not need to be plugged in to a external power source, it would not boot up.
Aside from the power plug problem, the only other possibly serious issue would be the length of the USB cable used to plug the hub into the PC. If you have a 3.0 port in the front of your computer, then the length is probably not going to be an issue, but if it is the back, and your tower is the size of mine, which is only a mid-sized tower, then the cord length is only long enough to bring the hub half way towards the front which is an inconvenience. If you were using this on a laptop or other small device, then the issue of the cable length is not important.
Over all, I would recommend this device to anyone who is looking to have a few extra ports to use. It is fast, small, and pretty. I would even be willing to pay a few extra bucks to have the power cable included or at least know what to use.  I would say that Havit should include the power adapter so that the hub can charge USB devices as well, it really is an inconvenience to try and make the A/C adapter a separate purchase and not so easy to find separately.