The Emperor is dead. The High Majesty once unified the island of Oshra and also defeated the demonic fiendish Undead. Upon his death, Oshra is on the brink of a bloody and destructive civil war. The Empire keeps their oath of fealty, swears to protect the kingdom. On the other side, the rebellious Tribes, who have been vassalage to the submission of the Emperor, will rise up. Meanwhile, the Water Folk, who have been avoiding any antagonization, will step up to preserve the fragile peace. Last but not least, the detrimental Undead, who have been seeking to take their chance to avenge the Emperor. The turmoil is inevitable. 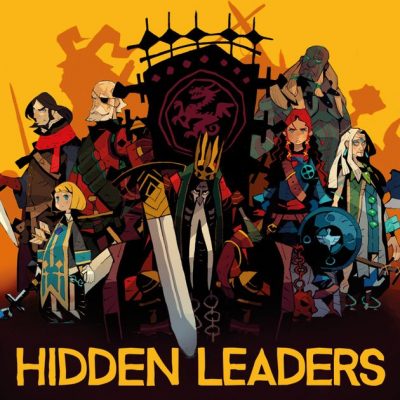 In Hidden Leaders, you will take the role of one of six Leaders, who are the Emperor’s descendants. Each leader allies with two of the four factions: the Hill Tribes, the Imperial Empire, the Water Folk and the Undead. The leader role is hidden, so that no one but the player can see it. During the game, players will play a variety of hero cards, to influence the power of the Hill Tribes or the Imperial Empire on the influence board. As soon as one of the players reaches a certain number of heroes, it will trigger the end game condition. The position of the two markers will declare the victory for one of the four factions. 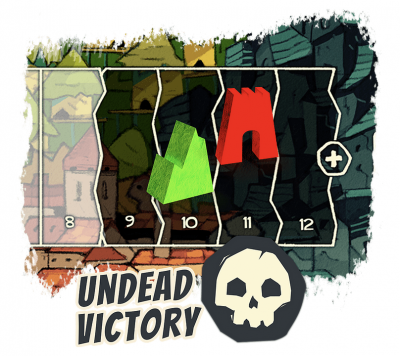 At the beginning, besides the hidden Leader, each player will also have three hero cards as their starting hand, and a hidden hero in their party as well. The hidden hero(es) do not get  count toward to trigger the end game condition. When the hidden hero card reveals, their ability won’t get performed unless it is indicated on the card. In each turn, player will have to do these four actions in order:

Players will take turns to perform these steps until at least one of the players acquires enough face-up heroes in their party. The golden key of the game actually comes from the Winner determination. 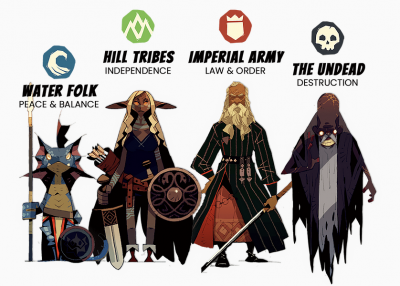 Hidden Leaders is not a typical social deduction game like Avalon or Werewolves. The game has introduced social deduction to another level, where everyone is engaged in strategizing the whole time. The hidden leader with two aligning factions really spark out in this game. It opens more opportunities for players to adapt to the situation on the board to manipulate the two markers the way they want. With different heroes abilities, players can totally fool the others to believe they are someone else.

Even though it shares similar traits with Coup, Hidden Leaders game delivers a bit more tidbit of tactics, with high replay-ability and scaling for different numbers of players. For a 6 player game, the requirement is only 4 summoned heroes; while it is 7 summoned heroes in a 2 player game. Not only players have to deliberate which heroes to keep and play in every turn, they also have to tactically plan to thwart the others strategies as well. The game will be full of perpetually sabotaging actions. Thou shalt deserve the throne! 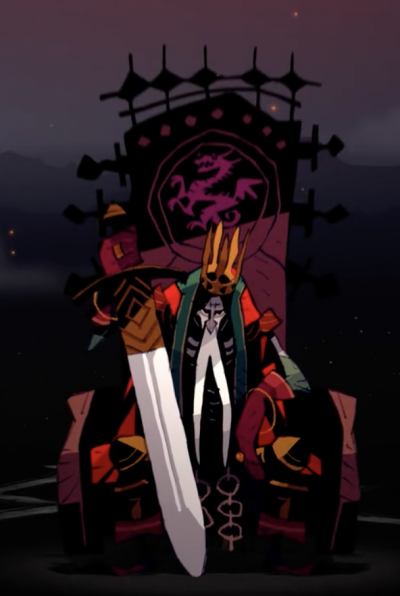 If you or your group is into social deduction game, that is different from the Avalon / Werewolves, Hidden Leaders will be a great addition to your list. It will be available on Kickstarter until Friday May 14th, 2021. Here is the link to the campaign.

You can also take a deep dive into the story behind each leader here as well.