Obviously as a WordPress blogger I deal with a lot of web hosting, but only recently entered the foray of game server hosting on a purchased hosting plan.  I had to do this when hosting a Minecraft server from my home Windows 7 64bit machine with 8GB of RAM was causing it to blue screen of death every few minutes when my two kids were using my own home PC as a Minecraft server.

So I did some research online and decided to give the popular Servercraft.co Minecraft hosting a try.  If you want to host a small minecraft server or even a large one, then Servercraft.co has a monthly hosting solution where you can create your own dedicated Minecraft server.  I akin this to paying a monthly membership fee for Wizard101 or other MMO games, except you buy the game 1x and then pay the monthly to host a private server and truly make it unique and original.

So for $7.99 per month which was the plan I purchased since I am only using it for my two kids and maybe 1 or two of their friends eventually, it comes with:

Within 6 minutes of ordering the hosting plan I received my email saying my Minecraft server was ready and logged in.

Your dashboard shows you your CPU utilization, RAM usage and you can instantly go into your Minecraft server customizations. 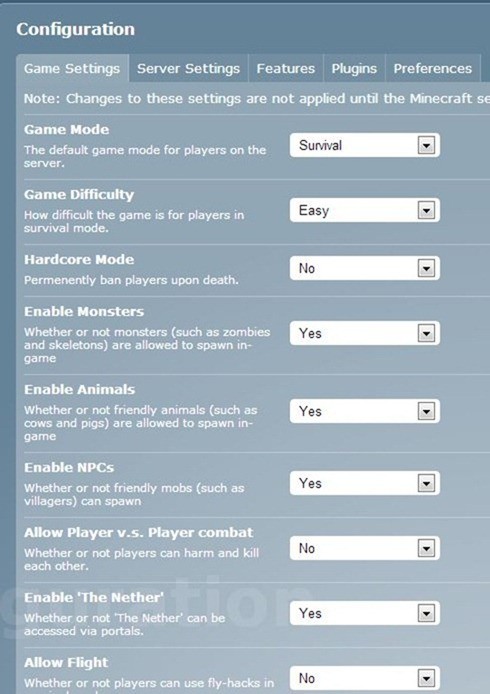 The first thing was to make sure my kids couldn’t kill each other in game, this would lead to arguments and real life fighting, so I set the “Allow Player Vs. Player Combat” to No.  Then I scaled the game difficulty to Easy for my 5 year old so he wouldn’t be clobbered every few minutes by creepers or endermen. 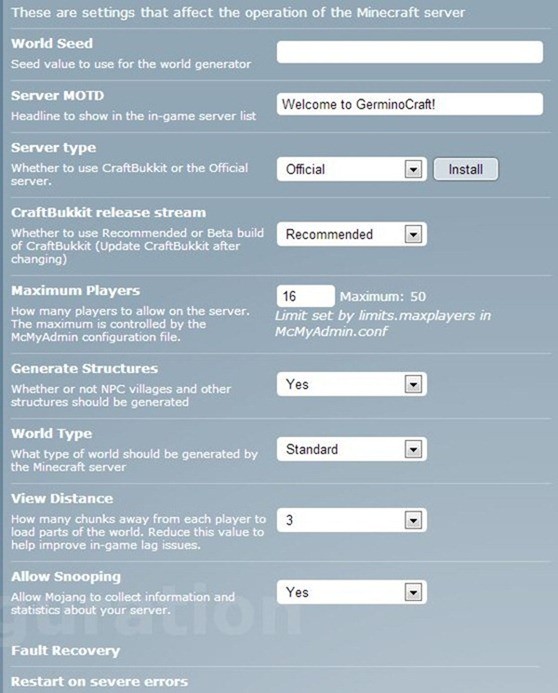 I started with just random seed, but found a whole bunch of experimental seeds to try on this Minecraft Seed World and created various different worlds whenever my kids wanted a new seed world.

I haven’t taken it to a CraftBukkit modification level or added texture packs but am familiar enough to do this with ease, you just upload your texture packs via FTP or the web ftp access and put in the URL to the texture pack to use. 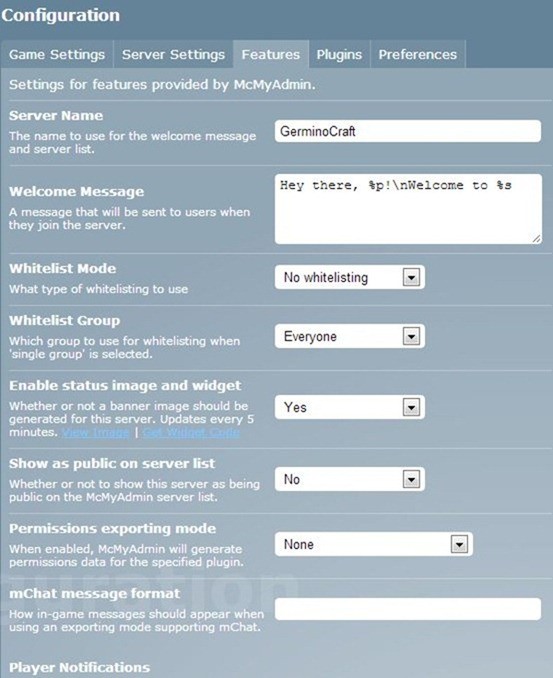 Since my private Minecraft server was just for my kids and some friends, I decided to not do any whitelists or any permanent deaths, I know this isn’t a public server so wasn’t opening it up for anybody to abuse the server or system. 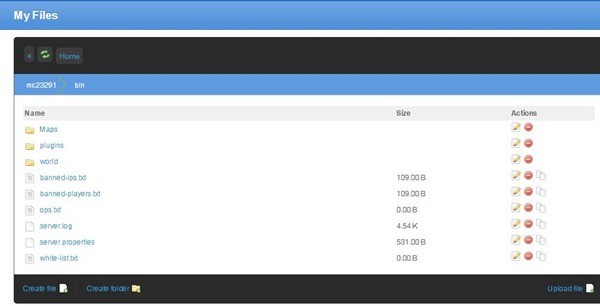 With either direct FTP access or the built in Web FTP access adding worlds and maps was very easy and you can keep your existing world, back it up and restore it at a later time.

All in all, the Minecraft Hosting Solution provided by Servercraft.co was very encouraging and their simplicity also sparked my interest in their dedicated server plans to as maybe an option for my WordPress blogs in the future which I should look into.

General Issues with Running a Minecraft

Other than that the performance of the Minecraft server has been excellent, I have only had to stop and restart it about 2 dozen times to randomize new worlds or test out new seeds for my finicky players.

Some of my favorite Minecraft resources to help you with your Minecraft server include: