Creating an app is the tip of the iceberg. Another equally important question is how to monetize an app, so you can earn from it and constantly increase income.

What are the best ways of monetizing an app? What are their strong and weak sides? Which monetizing method is to choose? What is the difference between monetizing iOS and Android apps? This article is relevant for those who keep asking themselves all of these questions and want to monetize iOS apps, to be precise. 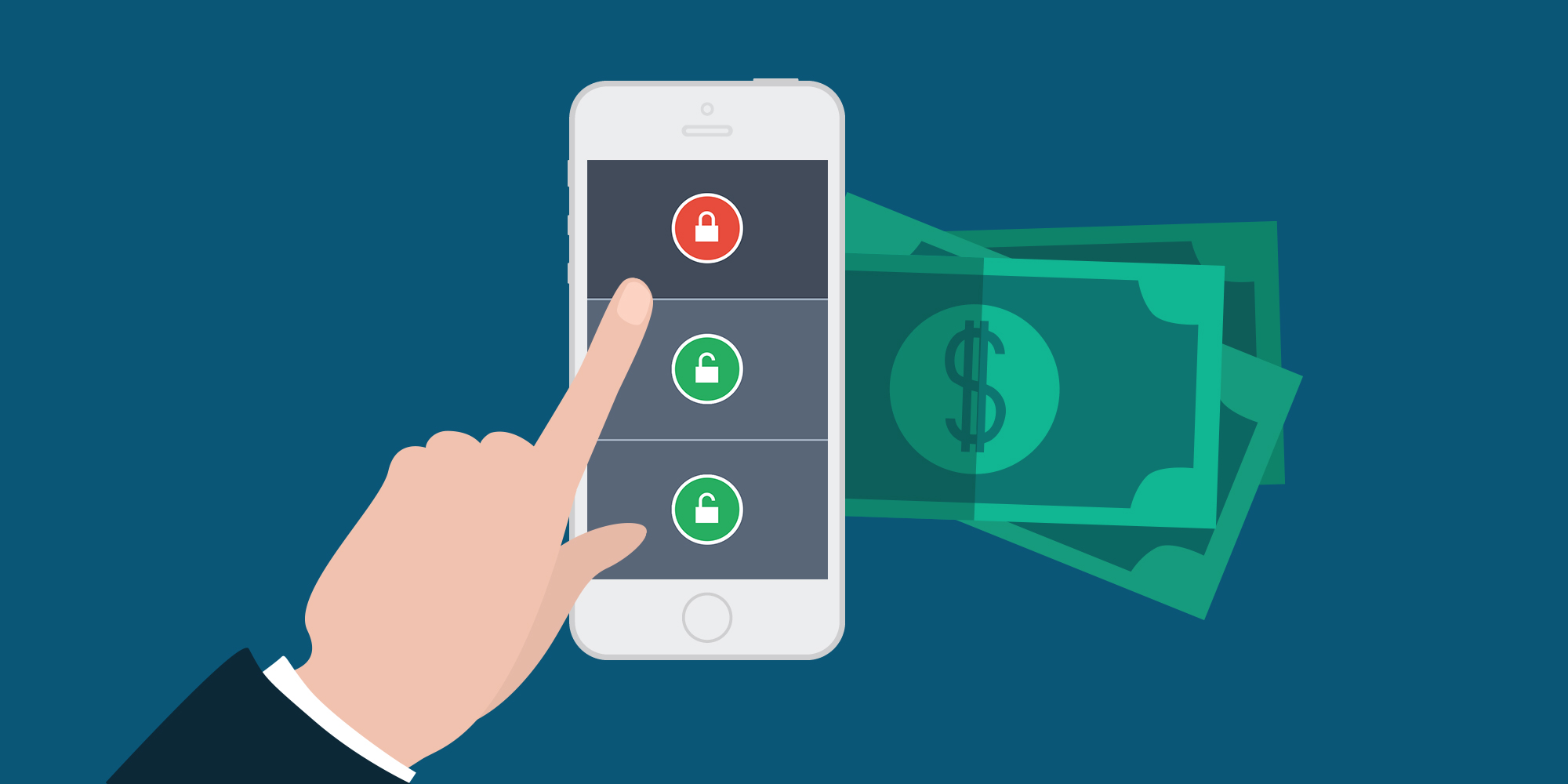 Before we begin discussing how to monetize iOS apps, let’s find out what app monetization means exactly. In short, app monetization is the specific technique that determines the method the app can give revenue. It is a certain way of how a mobile app can bring money to the developers.

Needless to say, there are multiple ways on how to monetize iOS apps, and it is essential not to get confused and make the right choice. Nevertheless, before jumping into app monetization ways, it is better to think everything through. The choice of the particular monetization option depends on your app purpose. So, consider this aspect in advance.

In-app advertising in the free mobile app is the checked monetization method. Users download mobile apps and developers get revenue from displaying ads.

Here it is important to collect maximum data on the target audience. Advertising fits great in games, social networks, news and entertainment apps, instant messengers. One of the food examples is the Facebook app which collects data about users and shows them targeted ads.

The point of this monetize iOS apps method is that an app can be downloaded for free and the developer provides free access to basic functions, while advanced ones are available only for a fee.

One of the freemium apps example is ToDo list, where you can keep a to-do list for free, but you have to pay for synchronization with the cloud.

This monetize iOS apps strategy implies buying useful content like movies, books, educational videos, and so on. An example of a mobile application with a subscription is Umano. The program gives users access to news in a limited amount. If you want to get unlimited access, you need to pay for a subscription.

This monetization method is perfect for apps with valuable, relevant and constantly updated content for users.

The point of a free trial monetize iOS app method is a bit like freemium, but still has some differences. The users download the application for free and have access to all the functions. However, free access is given only for a limited period, usually it is 30 days. After the expiration of this period, you will need to pay for using the app. During the trial period, the user gets used to the app, and if there are no objections, he pays money and keeps on using it.

Nowadays, it is already not so popular, but still it is one of the ways to monetize iOS apps and games. The idea is pretty simple – the user pays for the app from the very beginning, even for downloading, and gets all the functions. Generally, such apps do not have in-build ads or functions, the developers get revenue just from selling the app.

How to Pick an App Monetization Technique

There is no definitive answer on which method is the best to monetize iOS apps. Most of the developers go through their own mistakes. Testing is the most appropriate answer. Try one of the monetization ways, look if the users like it or not, whether it gives you revenue or not. If you notice that your choice is not a success then do not give up and try another one.

Another important aspect to consider while choosing a method to monetize iOS apps is your own user data research. It is significant to find out who your users are and if they are eager to pay money.

However, it does not make a difference which model you stick to, you should have a great user experience. Only in this case, the app will provide you revenue and be recognized as the most popular product.

Before diving into the question of how to monetize iOS apps, it is better to recognize the key differences between marketplace and client base mobile features. It is essential for a developer to be aware of major distinctions between iOS and Android.

While developing mobile apps, gather and study demographic information about potential users. This way, you will provide the market with a required product.

On account of the low device price, Android devices are in trends in the markets of Asia, Africa and possibility of an iOS app to gain recognition is relative to the income of the target audience. 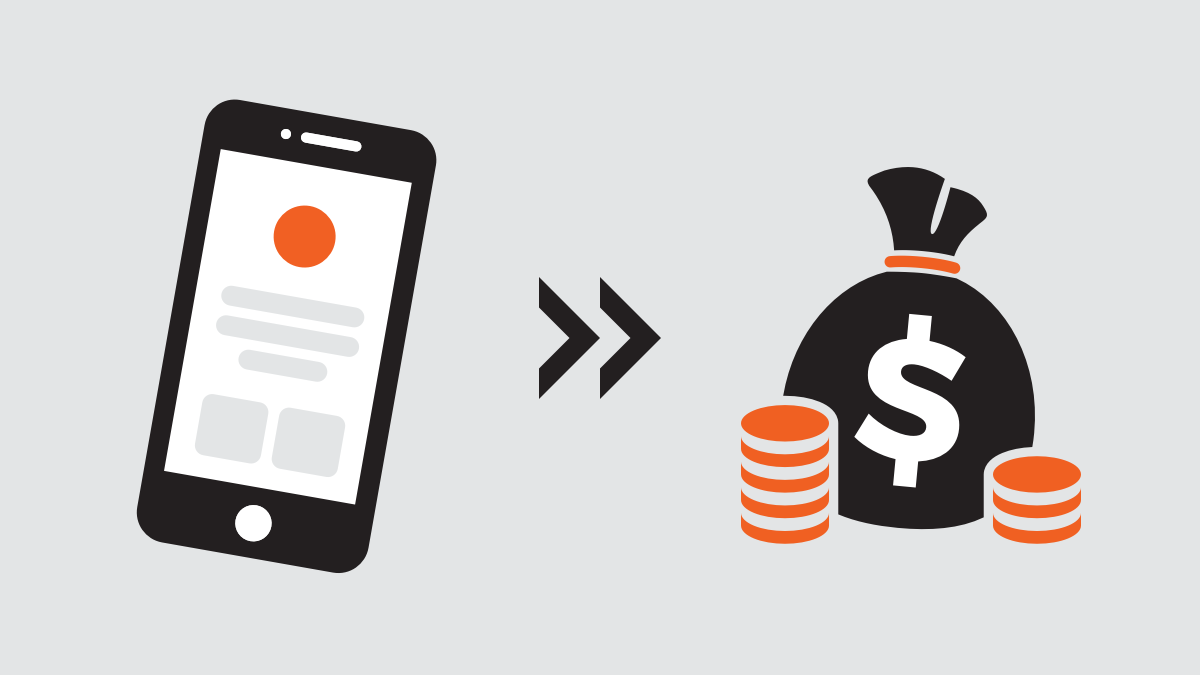 As we have already mentioned, choosing one of the methods to monetize iOS apps totally depends on such aspects as your app’s main idea and purpose and targeted audience.

While selecting one of the techniques to monetize iOS apps, try to remember that it is alright to implement several app monetization options. To be honest, nowadays, it is a good practice to use more than one monetization method. Best way is to test all the above-listed techniques and even if one of them turns out to be a failure, do not get upset and try another one or more than one at once.