Hello, this is TheTechBoy with a special Report for DragonBlogger. As reported on thetechboy.org, Windows 11 features a QR code scanner. Since we went into detail about that in that post, we will be discussing the implications of this special feature in this post.

The implications of this scanner are immense, if you have a second camera on your laptop or your Windows 11 tablet, you can scan QR codes without a smartphone. If you have a normal laptop, then you may scan a printed QR code, again without a smartphone. If you want to access the QR code scanner just open the camera application. For more details about the QR, code scanner click this link. 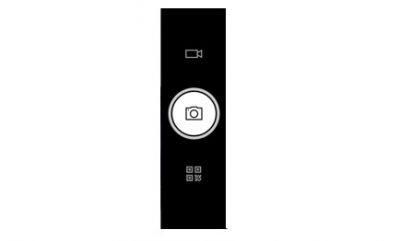 Why would Microsoft add this to Windows 11?

1. Microsoft’s own brand of tablets (Surface devices) have rear cameras and are basically competing with the iPads and Samsung Galaxy Tabs of this world. Both (IOS and Android) devices should feature a QR code scanner and this is a feature that would make the tablet computing on Surfaces easier. Remember that tablet mode was taken away in the Windows 11 upgrade. Also as we make more QR codes on our devices there have to be more ways to test them when you do not have a mobile device on hand.

2. Microsoft wanted to add some new features and generate hype, these changes may entice users to upgrade from Windows 10 (if they can) and give the everyday consumer a real reason to upgrade. It is just like wireless charging. According to ReveiwGeek not adding wireless charging to mid-range devices is a way to distinguish between flagship and mid-range devices. The average consumer may not know or care what a 50 MP camera is or what a waterfall display is, wireless charging adds a ‘Wow’ factor to a device and can be easily represented in advertisements. In the same way, users may not care about the refreshed UI, or snap layouts, but QR code scanning adds a “My computer can do that” element to Windows 11.

3. In the education sector, QR codes are being used more and more in projects and documents on-screen. This seems to work well until some of the children do not have cellular devices. Asking for someone to scan the code for them may be time-consuming and embarrassing. This feature would allow the students to utilize their school-issued laptop computers (maybe a Laptop SE) and fully participate in the lesson plan sans teasing or assistance.

Is This Feature Useful?

This is a complicated question with many answers, on one hand, if you have a QR code printed out, or have a Windows 11 tablet with a rear camera or a device with a camera on the keyboard. this can be a pretty useful feature. If you are in a coffee show with a digital menu and are already working you do not have to pick up your phone, you can simply use your tablet. In fact, it can scan a WiFi QR code but unfortunately does not connect to the network. However, if your device does not have a rear camera the use of the QR code scanner can be a bit unwieldy, and maybe frustrating.

Thank you for reading.

Tech Talk To You Later!!