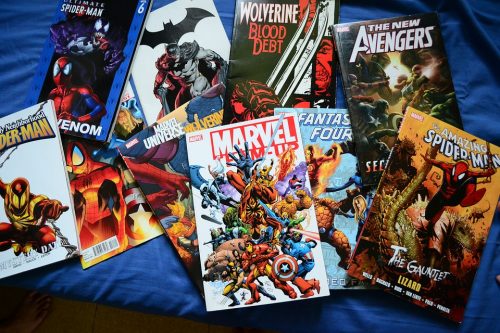 When a franchise has more than a handful of films, they often like to rely on tropes or features that viewers come to expect. In Marvel’s expansive franchise, any nod to previous films, previous characters or events, or anything further back in the comics is greatly appreciated. The films can be watched in layers, with diehard fans having a deeper experience through the Easter Eggs thrown out. That’s why many people play Marvel bingo when watching any of the films in the franchise (especially in the first three phases). But what is Marvel bingo and how does watching films about superheroes evoke feelings of playing the classic game?

Bingo is a popular centuries-old game whereby participants have a grid of random numbers and as they are called out, you can cross them off, until eventually, someone will have crossed off everything on their bingo card. Modern versions mean you can play bingo online and the traditional gameplay is wrapped up in themes such as Greek Gods and TV shows like Deal or No Deal. But they still retain the classic gameplay of aiming to cross off every number you have before your opponents. So, how does this relate to Marvel?

Well, those who have an eagle-eye will have noticed that the Marvel films follow similar structures, not just in terms of plot or the hero’s journey, but in terms of archetypal characters and moments to break up the tension. So, some viewers are able to devise a bingo sheet of events or moments they think will happen in each Marvel film.

You can create a bingo sheet to watch the Marvel films by taking events or elements that frequently appear. For example, you could fill a sheet with: the Battle of New York being mentioned after it happened, a superhero does something a regular person might do, someone double-crossing someone, the Avengers fighting with each other, or a cameo appearance by Stan Lee (pre-2019). Place these items on a grid and then tick them off each time they happen.

The essence of bingo is that any one of the numbers could feasibly be called. Any one of the Marvel events could reasonably be expected to happen, as it has before. So, playing bingo with events that happen in the MCU could add an extra level of excitement to watching the films. Take a group of friends and if each one were to choose nine different events, watching the films could even become tenser.

Fans of the MCU joke about some of the repetitive tropes that occur throughout the franchise. After all, most films are based around someone with superhuman abilities fighting a force of evil and learning a lesson along the way. Most origin stories follow a similar pattern. You could even do the same thing for events outside the films, such as when a new minor character main film is released.

The game of bingo is known for being tense and exciting – and the Marvel films are also renowned for their ability to amp up the tension. So, it makes sense that the two could be combined to create a new experience. Each new release will see higher stakes if you compete to see who can predict the highest amount of classic Marvel moments in each one.