VR games are the future of gaming. We may not accept it but there will be a day where VR games will be the main genre in gaming. Computers and consoles can not match the immersiveness of VR gaming.

VR gaming is still taking baby steps but there are a lot of advancements happening. We will even see a new VR Esports tournament soon. VR gaming is expected to grow by 400% by 2025.

So, today we are going to take a look at the best of the latest VR games. Let us check these awesome VR games out. 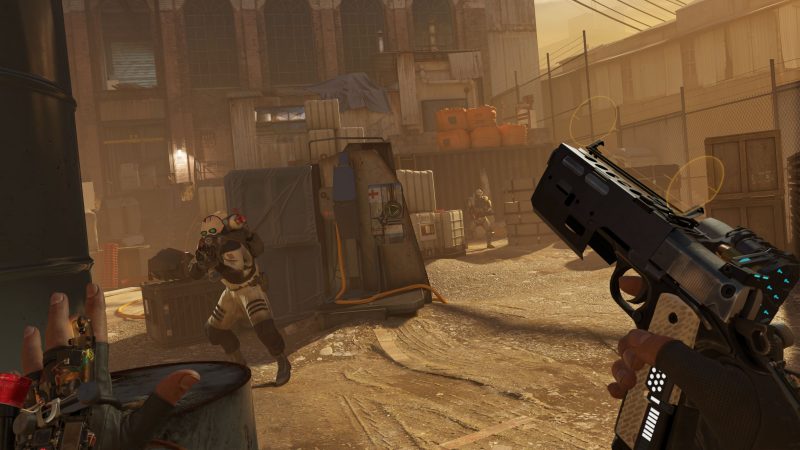 No games list will be complete without Half-Life. This series spoke to our hearts and eventually, Valve listened and answered with a VR game. Half-Life: Alyx was not expected by most of us, but it was a nice surprise.

In the game, we are in a different world than we remember in the Half-Life Universe. Unfortunately, we are not playing as Gordon Freeman. Instead, we are controlling Alyx Vance. The graphics of the game are better than most VR games. The environment and the things you can interact with is a lot. If you want an immersive experience coming from Valve, then Half-Life: Alyx is the one for you. The game is only available on Microsoft Windows and Linux for now. 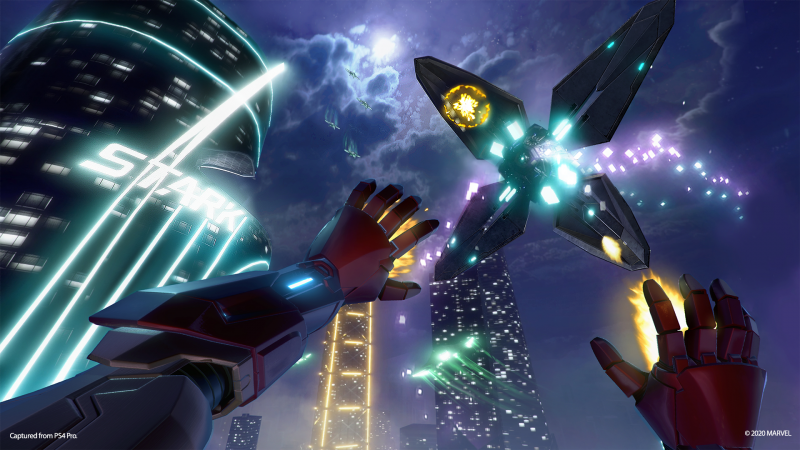 We all watched the movies and wanted to have the experience of being Iron Man. Well, Camouflaj Games are offering this. Iron Man VR is super cool, where you can experience one of the most iconic superheroes for yourself. The graphics of the game are not groundbreaking but the gameplay is smooth and very nice.

Unfortunately though, Iron Man VR  is only available on the PlayStation 4 so if you would like to try this game out, remember to get some PSN Gift Cards and knock yourself out. Another fun bit is that you will see some familiar faces in the game as well, from Nick Fury to Pepper Potts. If you wanted to be Tony Stark, here is your chance. 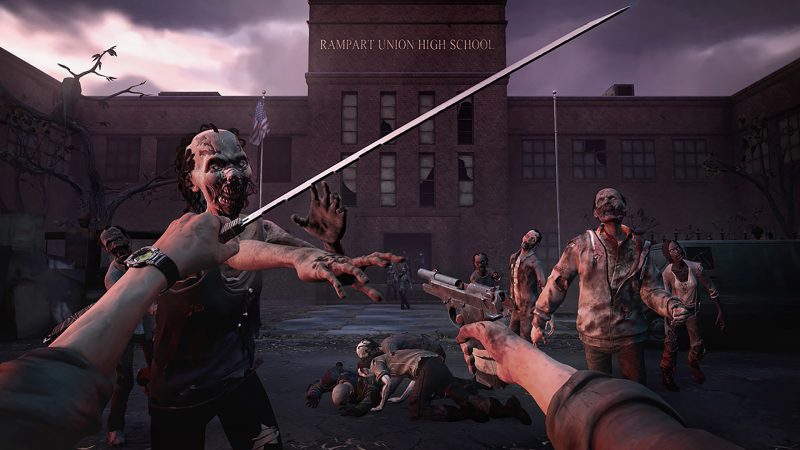 Another VR game based this time on a TV Series. The Walking Dead: Saints & Sinners is critically acclaimed as one of the best VR games of the year. The game is first-person and the general gameplay is very immersive. Players can craft items and move freely, you can even hide behind objects to protect yourself.

The game takes place in New Orleans, USA. The Walking Dead: Saints & Sinners is considered an exemplary game with the graphics and movements of the characters. You will be fighting the Undead in several game modes. The Walking Dead: Saints & Sinners is certainly worth a try. The game is available on PlayStation 4, Microsoft Windows, Oculus Rift, Oculus Quest and MacOS. 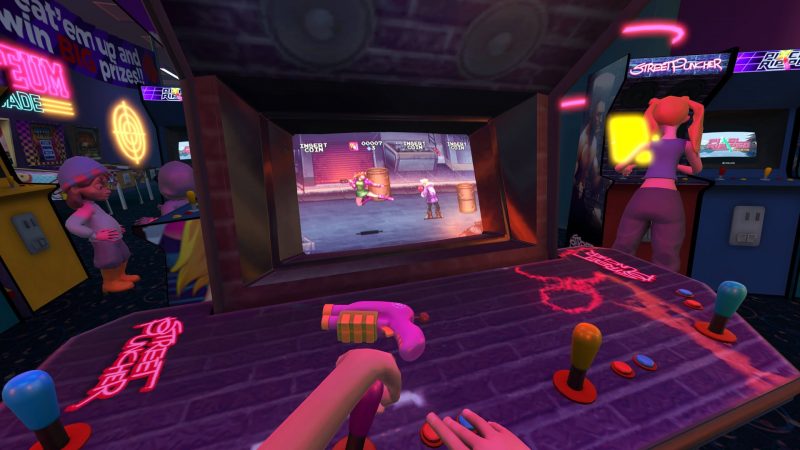 Maybe you want to return to your childhood, or maybe you just enjoy pixel art. If that’s the case, then Pixel Ripped 1995 is the one for you. The game is a combination of playing old games and surviving some struggles. You will be playing classic 32 and 16-bit games inside a VR game.

How cool is that? The game’s graphics are pixelated so do not expect the RTX experience. But if you are here for the gameplay then Pixel Ripped 1995 is the one for you. The game is available on PlayStation 4, Oculus Quest, and Microsoft Windows. If you want to feel like a 9-year-old again, then we suggest you give it a try. 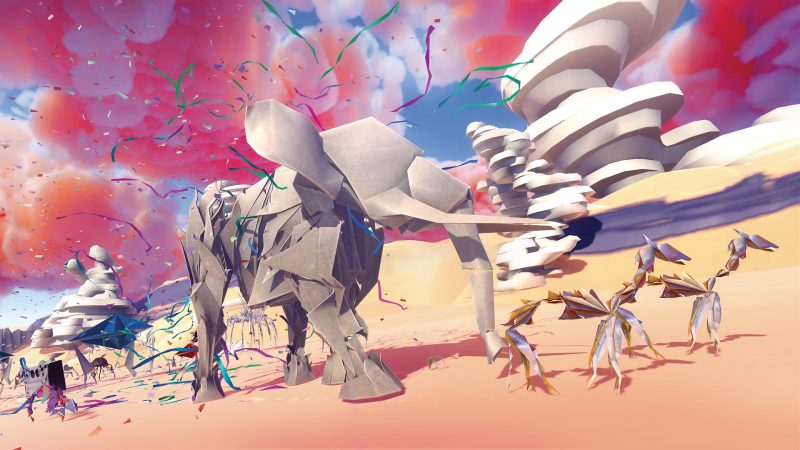 What makes VR games so interesting? Well, Paper Beast can answer that question for you. The game will take you to someplace else entirely, you will explore new creatures and locations in this realm. The developers stated that “somewhere in the depths of the internet, life has blossomed”. That sounds amazing.

The graphics of the game are super interesting as well. Paper Beast is described as VR Art for its graphics, they are not life-like graphics but you can imagine yourself being in a painting. Paper Beast leaves you wanting for more to explore. The game is available on PlayStation 4 and Microsoft Windows.

The Room VR: A Dark Matter 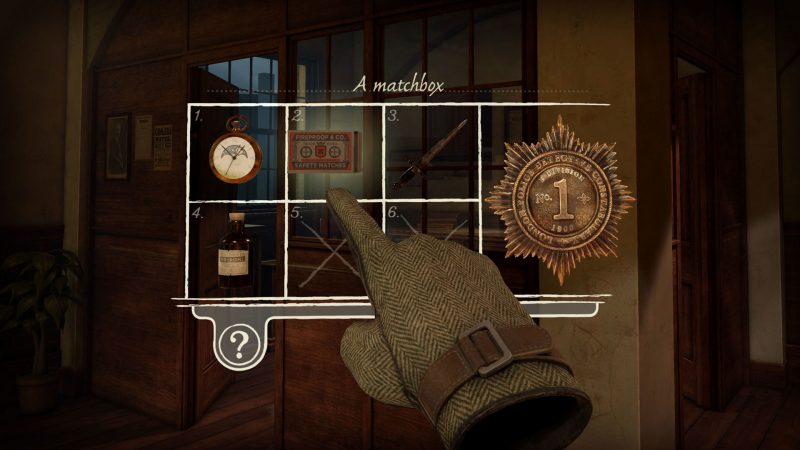 If you want a historical VR game, then we suggest you try out The Room VR: A Dark Matter. If you are familiar with The Room series these games are super immersive. This time we are traveling to London in 1908. You will be investigating the disappearance of an acclaimed Egyptologist. You will most definitely feel like Sherlock Holmes in this game.

The graphics of the game are nothing out of the ordinary but the scenario is great. After all, we are talking about a game with a 10/10 rating from Steam which is a huge accomplishment. The game is available on PlayStation 4, Oculus Quest, and Microsoft Windows.

Down The Rabbit Hole 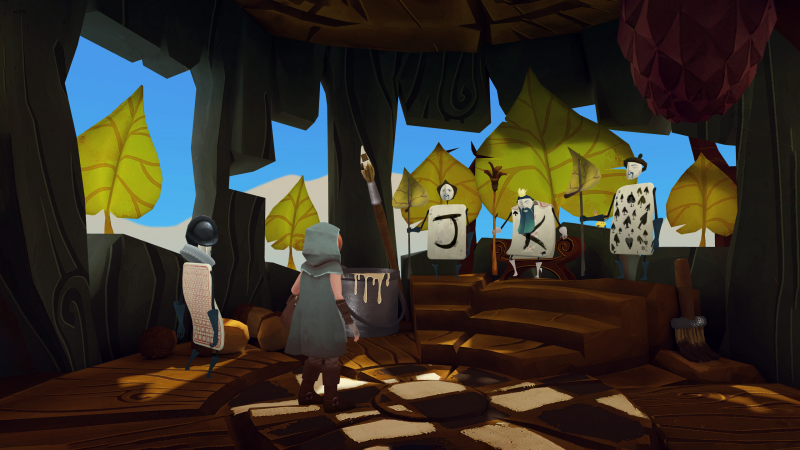 Feeling an adventure to a non-logical world to leave your senses? Then we are welcoming you to Down The Rabbit Hole. Get ready for nonsensical characters and writing. This game is certainly for the witty among you. If you are looking for a game to relax, then this is not for you.

Down the Rabbit Hole is as mad as the actual Alice in Wonderland. Do not expect everything in full from this game, but expect a bit of everything. Even your adventure will not be a memorable one – it is one of those games, where nothing makes sense, but then again that is the idea. The game is currently available on Microsoft Windows, Oculus Rift, Oculus Quest and PlayStation 4. 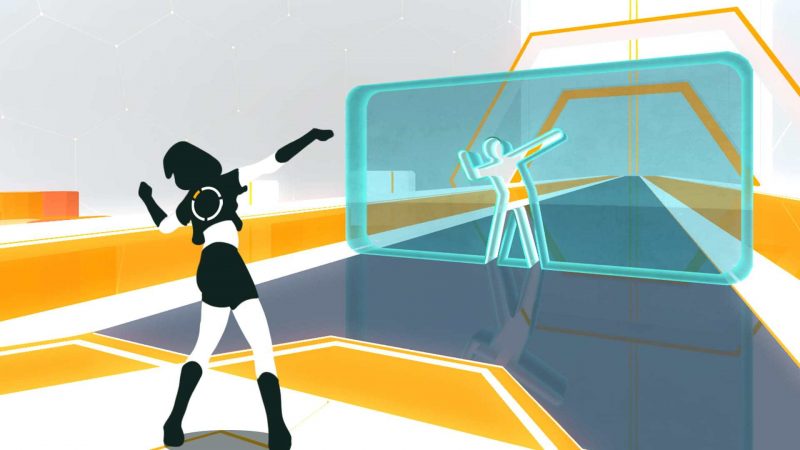 How about using your body to maximum potential? OhShape is designed for this. The game is similar to Beat Saber, the only difference is, your body replaces the sabers. The gameplay is addictive and requires you to move fast. OhShape can even be used for weight loss.

You need to move your upper body according to the choreography in the game. Do not expect any good graphics from the game. But if you want your blood to pump then OhShape is the one for you. The game is available on Oculus Quest and Microsoft Windows.

There you have it!

Here is our list of the best VR games so far in 2020. The VR gaming market is improving; there will be more improvements happening in the future. Gaming is all about stepping into someone else’s shoes, after all, when we are playing a strategy game we feel like a general, when we are playing a shooter, we feel like a soldier. In VR games you do not feel like that, you become one. Especially in the shooter and horror categories, VR games are making some big strives. However, there is still a long road ahead. Any other VR games that you would recommend? Let us know in the comments below!