Aliens and humans gunning each other down is a concept that third-person fans are familiar with, but 5th Cell’s take is truly innovative in Hybrid. The company famous for the Scribblenauts doesn’t reinvent the wheel in their latest release but has it spin in a way that will charm and puzzle many newcomers. In the absence of a single player campaign and with graphics that are decent without impressing, Hybrid had to extract the most from its unique gameplay and that’s exactly what it did. 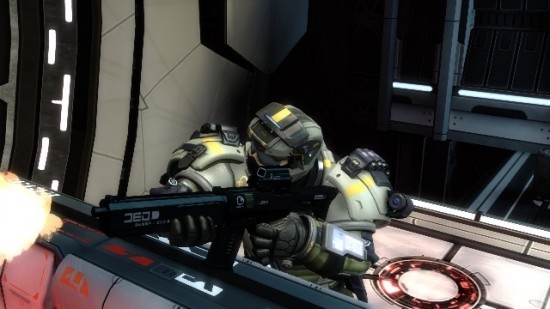 Prepare to have your world turned upside down

Two factions are fighting for supremacy, with guns that are similar to what we’ve seen in other games and for reasons that are insufficiently explained. What is worth talking about is the manner in which the fights unfold and the game mechanics that could stir a revolution in a genre that stood still for way too long. Players can choose between aliens and humans, but regardless of faction they will have to take advantage of terrain and move swiftly from one fortified position to another.

You can forget about tedious walks and running is no longer the fastest way from point A to B, because most of the moving takes place in midair. Players take long jumps from one position to another and while they are in flight, they enjoy unlimited freedom to pick targets and fire at will. They are just as vulnerable while traveling from one location to another, but due to the fast paced action, flying players are not sitting ducks waiting to be gunned down. 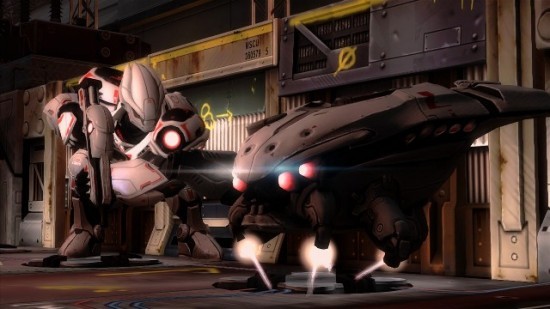 Initially players might find it difficult to hit these fast moving targets, but Hybrid is placing the emphasis on taking cover instead of spraying your foes with bullets. Perfect timing is essential for building a killing streak and the reward involves the unlocking of perks and abilities, so it pays off to play your cards right. Those who stay alive while killing many enemies will enjoy increased firepower, the unreserved support of AI controlled drones and bots but also devastating abilities such as drone hacking or teleportation.

No match is identical to another and those who play together for several games in a row can hope to develop a coherent strategy that will give them the upper hand. At a first glace, Hybrid is a game of skill and good reflexes but those who give it enough time will discover that an articulate tactic always tips the balance. 5th Cell didn’t let its fans down and even though this is a completely new genre, Hybrid’s original gameplay can be regarded as a breakthrough. I give it 4 stars out of 5 and a warm endorsement.