FOUNTAIN VALLEY, Calif. – Aug. 22, 2019 –Today HyperX, the gaming division of Kingston Technology Company, Inc., announced HyperX Kickoff to WoW® Classic, a livestream event, for World of Warcraft® fans old and new, recalling nostalgic moments and building excitement for the hours leading up to Blizzard Entertainment’s WoW Classic servers going live. The event will include interviews as well as exclusive videos and panels featuring top WoW streamers, cosplayers, and a member of Blizzard’s WoW development team. The HyperX Kickoff to WoW Classic will stream for over four hours on Monday, Aug. 26 from 11a.m. – 3:30 p.m. P.T. The stream will be filmed at the HyperX Esports Arena in Las Vegas and the broadcast will be hosted on both Twitch.tv/hyperX and Twitch.tv/warcraft.

The stream will be hosted by:

Other guests joining the event include:

all-time favorite game being World of Warcraft (Vanilla through Cata).

“HyperX is excited to bring HyperX Kickoff to WoW Classic to fans in anticipation of the WoW Classic servers going live,” said Stephanie Winkler, strategic marketing, HyperX. “Fans can return to Azeroth and reminisce as they prepare to play WoW Classic.”

During the stream, HyperX will be giving away gifts and prizes. Event hosts and guests are subject to change. Additional event details are available here. 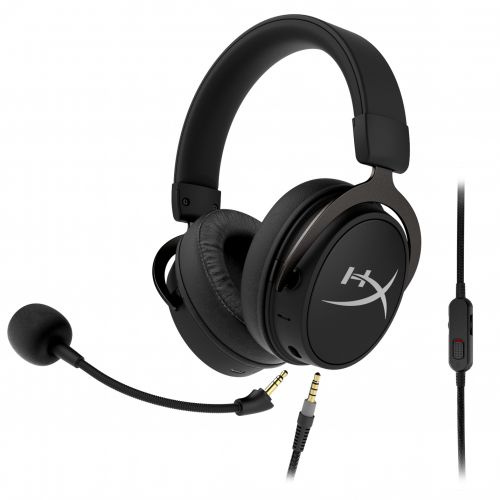 HyperX is the gaming division of Kingston Technology Company, Inc., the world’s largest independent memory manufacturer, with the goal of providing gamers, PC builders, PC, console and mobile power users with high-performance components. For 16 years, the HyperX mission has been to develop gaming products for all types of gamers – high-speed memory, solid state drives, headsets, keyboards, mice, charging accessories for console players, USB flash drives, and mousepads – to the gaming community and beyond. The award-winning HyperX brand in known for consistently delivering products that deliver superior comfort, aesthetics, performance, and reliability. HyperX gear is the choice of celebrity ambassadors, pro gamers, tech enthusiasts, and over-clockers worldwide because it meets the most stringent product specifications and is built with best-in-class components. HyperX has shipped over 60 million memory modules and 7 million gaming headsets worldwide.

Join the global #HyperXFamily at facebook.com/hyperxcommunity, and learn how HyperX products can enhance your console experience and boost performance for both you and your PC at hyperxgaming.com. Whatever your skill level, whatever genres you play, we embrace all gaming enthusiasts everywhere with our core belief — We’re All Gamers.

Best known for blockbuster hits including World of Warcraft®, Hearthstone®, Overwatch®, the Warcraft®, StarCraft®, and Diablo® franchises, and the multi-franchise Heroes of the Storm®, Blizzard Entertainment, Inc. (www.blizzard.com), a division of Activision Blizzard (NASDAQ: ATVI), is a premier developer and publisher of entertainment software renowned for creating some of the industry’s most critically acclaimed games. Blizzard Entertainment’s track record includes twenty-two #1 games and multiple Game of the Year awards. The company’s online gaming service, Blizzard Battle.net®, is one of the largest online-gaming services in the world, with millions of active players.