OK, now I will walk you through some benchmarks and first discuss my suite of tools.  Here is what I am using.

3DMark: While not a benchmark for memory, it does provide overall system performance.  It does of course steer more in the direction for video but memory speeds do play a role in its performance.

7Zip: While 7Zip is a tool for file compression, it also provides a tool to benchmark the speed of your processor and RAM.  The Compression speed test relies heavily on your RAM latency, Data cache size and speed and TLP or translation lookaside buffer.  The TLB is a memories cache that stores recent translations of virtual memory into physical addresses for faster retrieval of that cache.

Decompression relies more on the CPU’s integer operations and very little on memory and its own cache, but it is wrapped in the test.  The performance is based off of MIPS (Million Instructions per second.  The overall score is calculated from the measured speed of its calculations.  I run this test for 100 passes, not only test get a better tested score but also to test system stability under each configuration.

AIDA64: Is a benchmarking suite that can benchmark the entire system, but I will focus this test only on Memory, since we have a few other suites benchmarking everything.  The memory test here benchmarks reading, writing with data transfer bandwidth and latency.

CPU-Z:  Well this is not really a test, but a utility to tell you what speed your CPU, Memory and the likes are running at.  This piece of software provides information to confirm what you have done in the BIOS making sure all is well, confirming Bus Speeds, Multipliers, Frequencies, Channel’s and more.  Yes, many pieces of software do this as well, but this is 1 of them.

Intel Extreme Tuning Utility: honestly this is one that I completely forgot about till I was done with all the testing.  Yet another piece of software to double check on settings, but this also provides a Stress Test utility and a Benchmarking Utility.  The benchmark of course is CPU related, but the CPU is where the memory controller is but the Memory Stress Test will stress the CPU and/or Memory as well.  While I don’t mention this during the review really, I test all settings in this as well to make sure the system is stable aside from the other suites as well.

PCMark:  Does not focus on memory specifically, memory and memory speed will affect its end result.  PCMark has various testing packages, Home Test, Creative test, Work Test, Storage Test, Application Test and Battery Life testing.  Some packages are self-explanatory; I will focus on the Creative Test.

The Creative Test includes works loads typically found on enthusiasts and professionals that work heavily with media and entertainment.  The suite performs various tests in the lines of Web Browsing, Photo Editing, Video Editing, Group video chat, Media transcoding and gaming.  These are all different types of workloads, but all are very memory centric, including overall system performance.

Sisoft Sandra:  Sandra is also a suite that can potentially benchmark the entire system and can also be used for diagnostic purposes, like most if not all of the previous software titles mention.  For memory, I will be running Sandra’s Memory Bandwidth and Latency tests.

For testing purposes I will be testing XMP 1 versus XMP 2 to see exactly what the 2 offer in performance and maybe help you select what profile you would be using.  This review also will serve as a base for future DDR4 reviews as well.

I will also list my build as a point of reference.

Again for reference, here are the XMP Profiles:

Now back to your regularly scheduled benchmark. 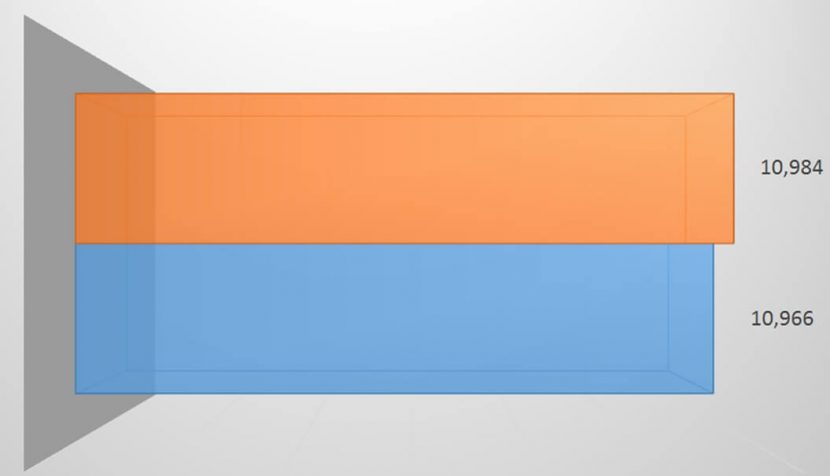 XMP 2.0 had a greater improvement it seems due to the tighter timings, I would not have though it would have made such a huge difference.   Being that 3DMark’s focus is more heavily on the GPU I would have thought it would have benefited from the overclock base clock, increasing the bus on the PCI-E slot, but that seems not to have been the case. 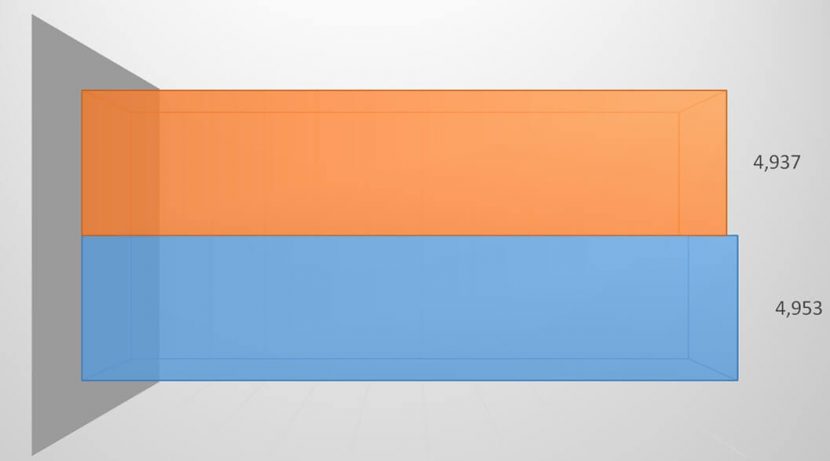 In PCMark XMP 2.0 performs yet again better than XMP 1.0.  This is more over all overall system result and did not focus on graphics; we can see that the raised Memory frequency did not help what so ever or even the increase bus frequency yet again. 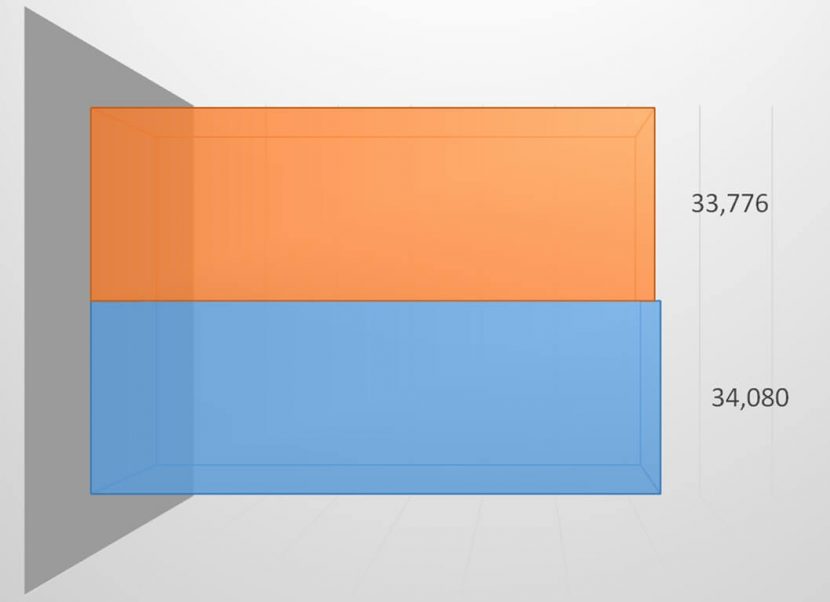 On 7-Zip we can see the combination of raised memory and bus frequency have helped XMP 1.0 hold its own.  XMP 1.0 was 304MIPS higher than XMP 2.0, a .897% improvement.  Putting into a percentage makes the improvement seem so much more minuscule doesn’t it?  I was to be expected though since we already know that this test focus’ almost entirely on the memory performance. 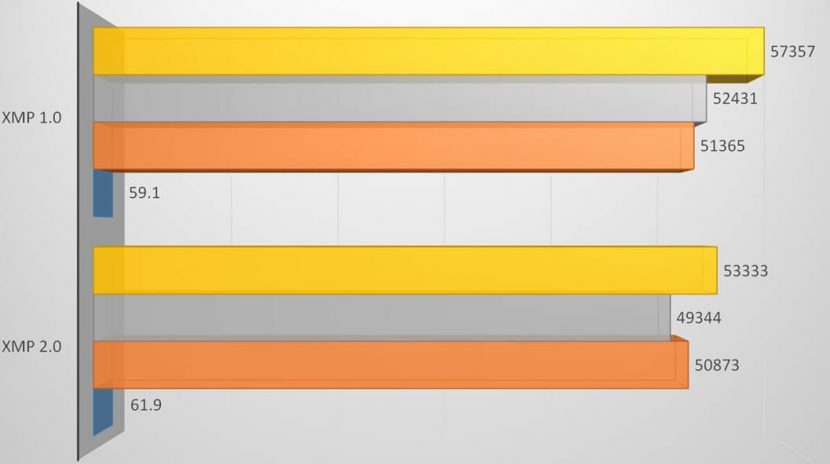 XMP 1.0 this time around takes the lead completely as you can see above coming above all other XMP 2.0 results, and yes I mean all of them.  While latency is lower, you want latency to be lower as it is the delay time between the memory controller which is on the CPU and the memory itself, the higher the delay the slower the process, the lower the delay the quicker the process.

This test is a memory centric test much more than the other tests, even though it does involve the CPU, but it is inevitable since the memory controller is on the CPU. 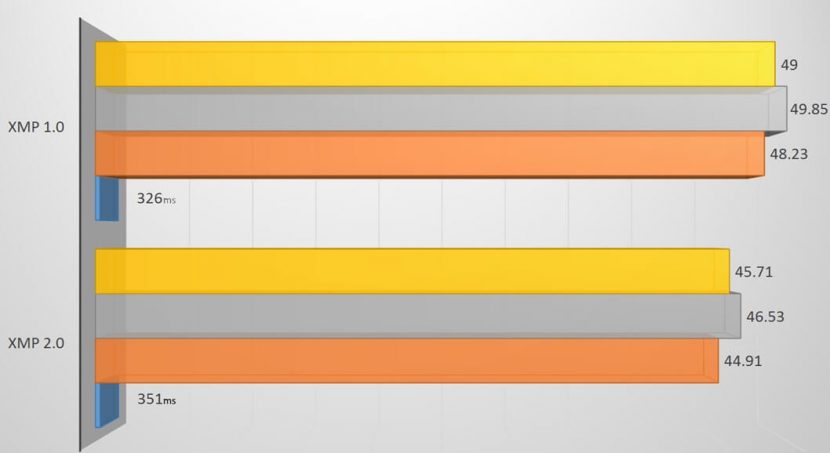 Sandra is bringing something to light, for true memory performance it looks like XMP Profile 1 takes the lead yet again.  Both Sandra and AIDA64 show that memory frequency allows memory to perform much better, but in this we can see that overall system performance is improve if the CPU is clocked higher as well as the memory timings tightened up some.  This means that each memory profile is tailored towards a specific type of user.

XMP 1.0 seems to be tailored more for professionals where memory is more of a requirement that processing power.  People that use their systems for encoding and decoding as well as photo editing, CAD and the likes would benefit more with XMP 1.0.

No matter what a good CPU will improve performance, but you want to pair that CPU with some nice memory like the HyperX Predator Quad Channel DDR4 16Gig Kit HX430C15PB2K4/16.  Any one of these 2 profiles will help you in every task, though specifics are always key to get that extra umph but is there more?