So recently Nate from our team received the fantastic HyperX Quadcast Microphone and put it through it’s paces comparing it against the Blue Yeti Blackout Edition and other USB mic’s he had reviewed in the past including several Fifine microphones. The HyperX QuadCast is billed as the ideal standalone microphone for streamers, podcasters, and gamers and is a condenser mic with impressive sound quality. The QuadCast includes its own built-in anti-vibration shock mount to help reduce the sound of any movements or desk shakes and it also has a built-in pop filter to reduce any muffles or popping noises for clearer voice quality during recording.

You also will always instantly know your mic status with the LED indicator and the simple tap-to-mute sensor which allows you to easily and quickly mute yourself.  This mic also includes four polar patterns (Cardioid, Bidirectional, Omnidirectional, and Stereo) to fit your streaming needs and adjust mic sensitivity by using the convenient gain control knob. The included mount adapter is threaded to fit both 3/8” and 5/8” thread sizes and is compatible with most microphone stands.  The HyperX QuadCast is also certified by Discord and TeamSpeak to ensure that the QuadCast is the perfect microphone for broadcasting loud and clear for all your followers and listeners. 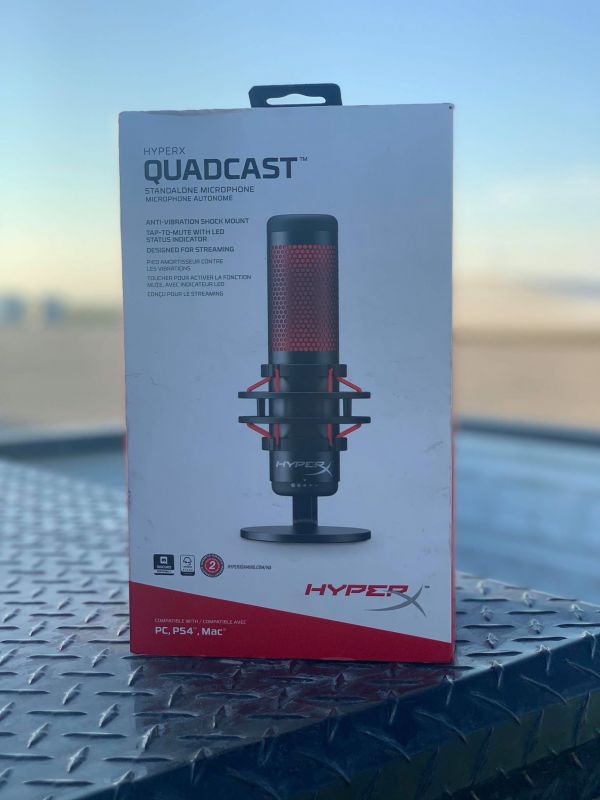 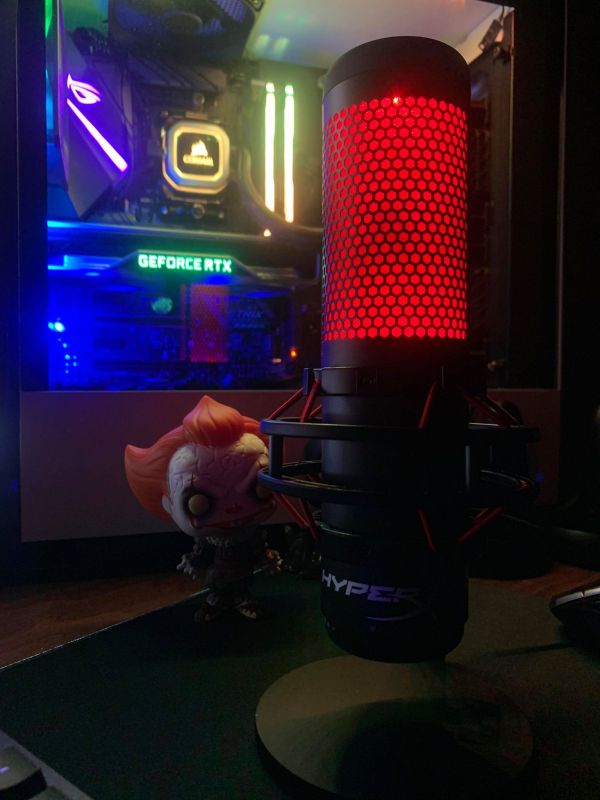 The most immediately noticeable thing about the Hyperx Quadcast condenser mic is the ominous red glow that emits from the mic, this red glow fits in very well if you do a red themed LED setup around your computer, but would have been nice if you could can customize the LED color for those who don’t necessarily want the red LED glowing. 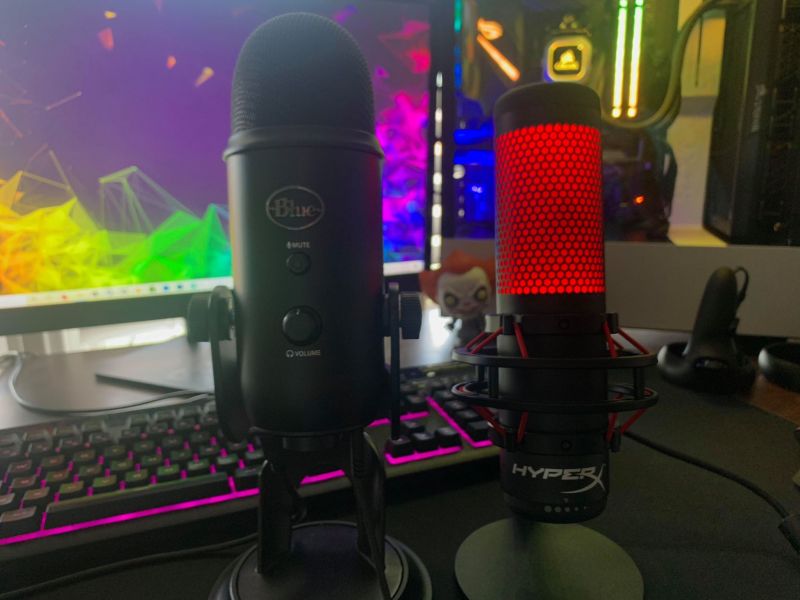 Compared to the Blue Yeti Blackout mic that Nate directly compared the HyperX Quadcast mic to, the HyperX Quadcast is both smaller and thinner with around the same base footprint size.  To show you the dial and setting for Cardioid, Bidirectional, Omnidirectional, and Stereo you can see the below picture.  The mic also has a 3.5mm headphone input jack so you can plug in separate studio quality headphones and use it for direct monitoring as well as a audio output, so you hear yourself instantly with no delay and know exactly how your voice sounds. 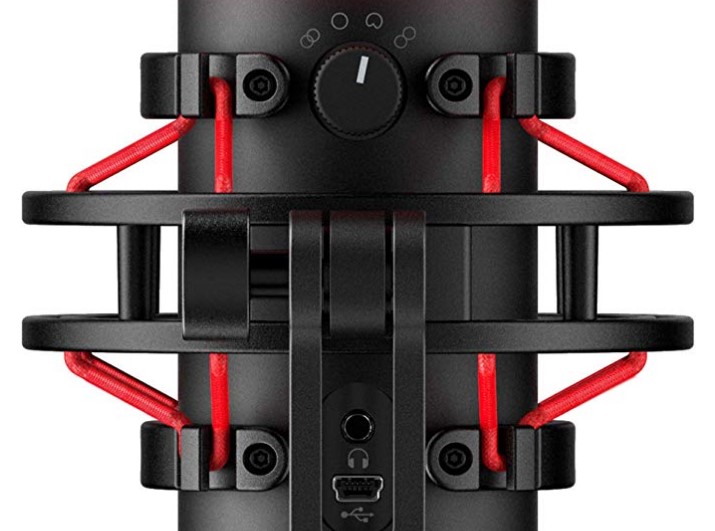 When reviewing a microphone, you simply need to hear how it sounds, so Nate did a full video test showing you how the various functions work and sound quality of the QuadCast from HyperX.  The Stereo sounds particularly cool and is useful if you want to create sound in just one listener ear separate from the other ear.

Overall if you don’t like the red glow this will be a turnoff however, as you can only shutoff the red glow if the mic is muted, some people have talked about putting a black pop filter in front of the mic if they didn’t like the glow, but if the red glow is not your thing then that probably would be the only reason not to choose this fantastic mic.