Sometimes you need to measure something and you don’t have anything to hook your tape measure onto, or don’t have a buddy to hold the end of the tape measure for you. This is where something like the ieGeek Laser Distance Measure device comes in, but this device can do so much more than just simply measure a single distance. 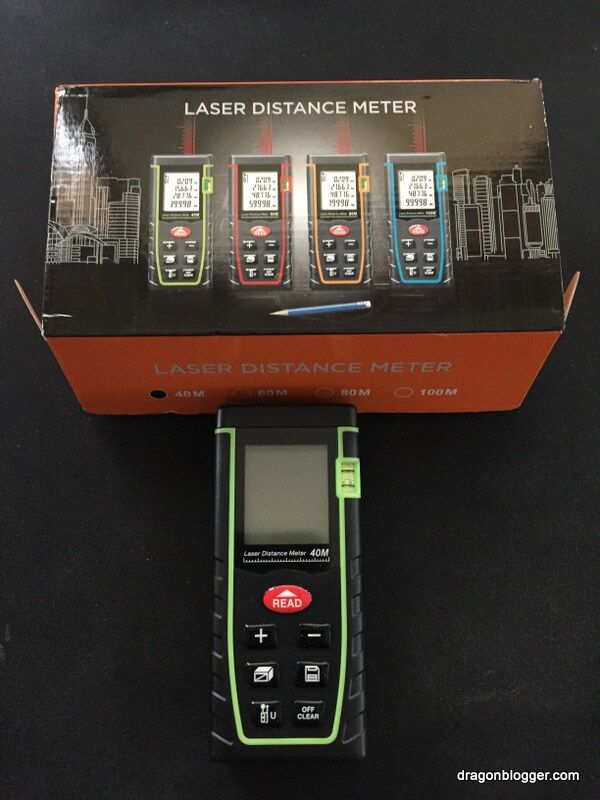 ieGeek sells different versions of this device and the differences are really only the range distance of the reader and laser strength.  I reviewed the 40M distance one, but they sell a 60M, 80M and 100M distance laser reader.  100M distance reader would have been interesting because I wonder how it holds up in bright light, I don’t know any room or inside area where I would be able to shoot it 100M straight to confirm a read at that distance either. 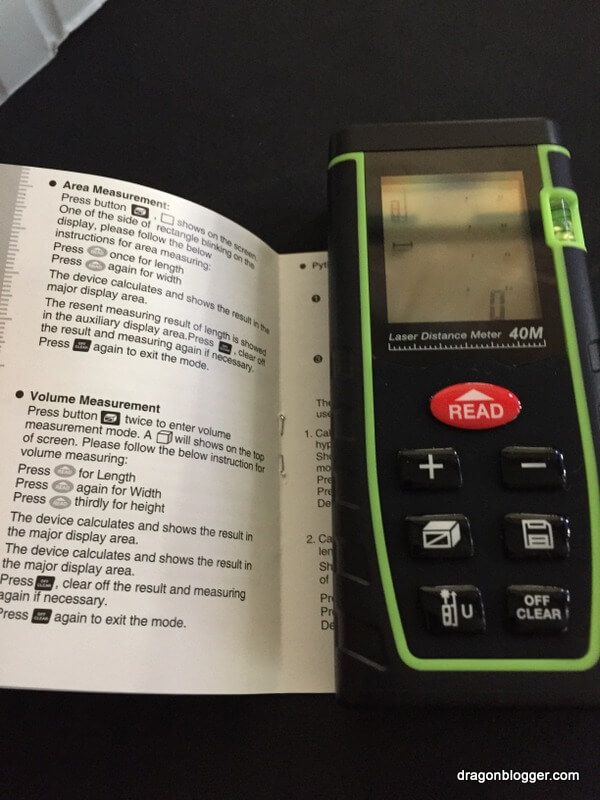 Going through the manual which I highly recommend you do, you will learn about the various measurements the ieGeek Laser Measuring Tape can perform.  These include adding line segments where you can take a read and then add another read to combine lengths, but also includes getting the area of a room (LxWxH) and even Volume measurements and Pythag support for doing angled rooms or triangular measurements.  You can set the device to do a single read or keep reading until you stop it, so you get multiple reads for increased accuracy. 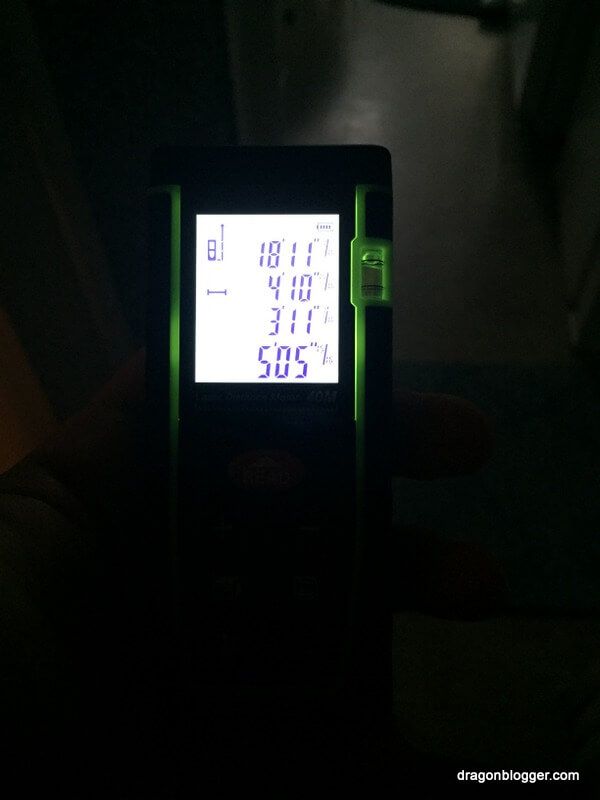 The LCD display is very bright in the dark and easily readable if you need to take measurements in a dark room as well.  Though I didn’t have any issues with the laser being picked up in full daylight, the red dot appears and is read without any interference in a brightly lit house room. 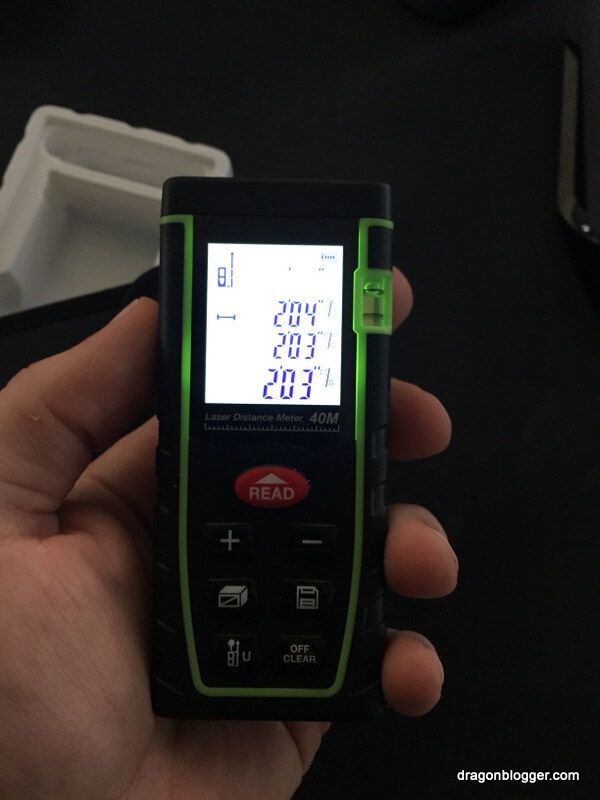 Overall I found the laser distance measuring device from ieGeek to be very valuable and an excellent buy, it also includes a level in the device so when you hold it to a wall, ledge or area you can make sure you are getting a perfectly level and straight read.  Especially if you want to draw a line, or mark your lines. 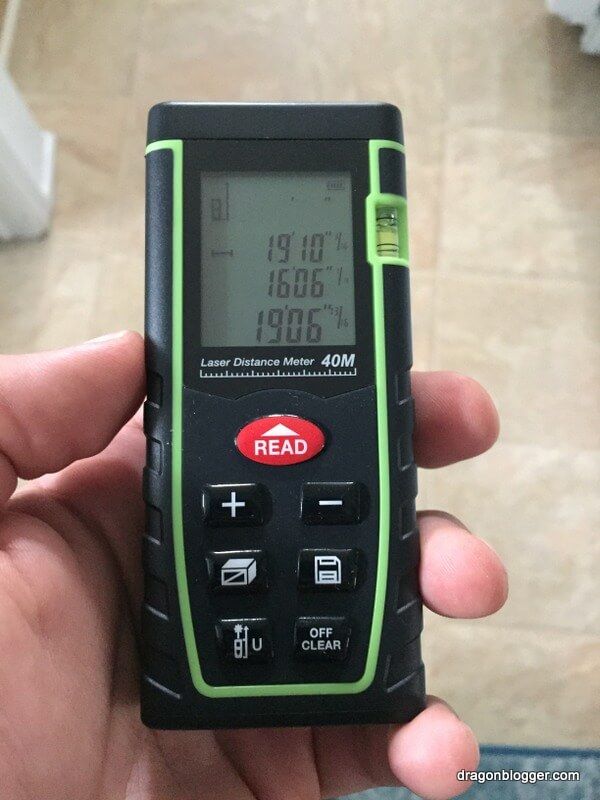 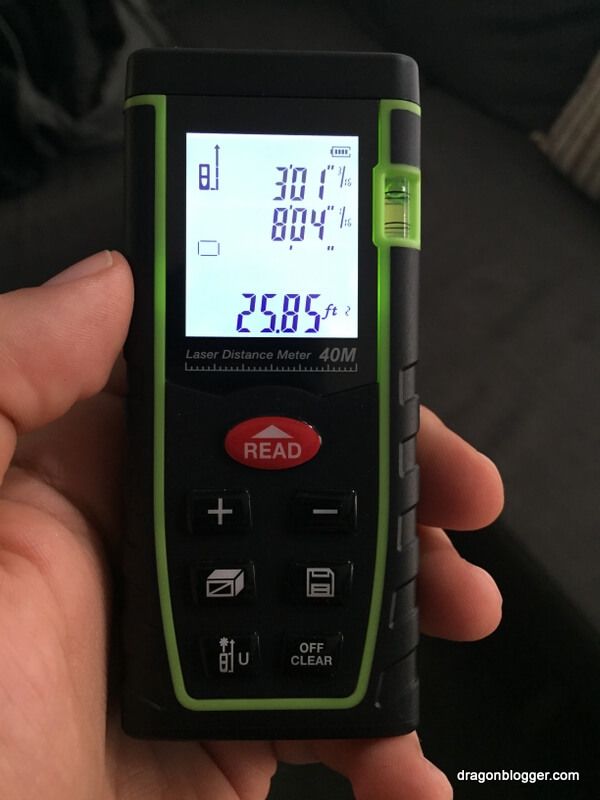 Now about the only feature that I can think of that a device like this could have is that I used to have a laser measuring device that had tack like teeth that you can retract and extend from the device itself to make it stick to a wall.  This was so you can have the laser running against a wall without you having to hold it so you can draw lines and markers.  I didn’t like that it left tiny little pin holes in the wall after but it was very convenient for using it to draw a level line that you can use to make sure you are hanging stuff perfectly straight and this laser level could use something like that.  That would be the only thing that makes me not give the ieGeek Laser Level Device 5 stars.