I have had 4 SATA laptop hard drives just sitting around gathering dust for years. When I got my new desktop computer I finally had room for them inside but, I really wished, for many years, that they were portable. I finally got my wish. 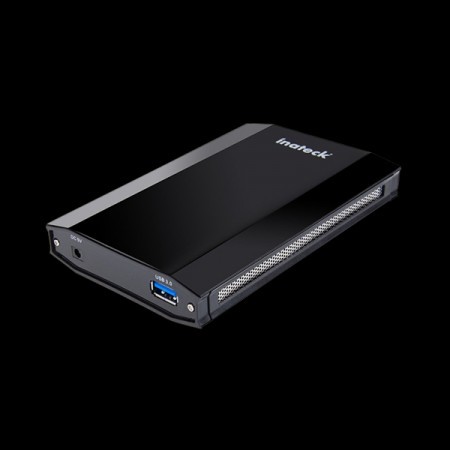 Inateck makes a hard drive enclosure (also known as an hdd enclosure) that is not only nice looking but is very functional and well, fast. It is so fast; I thought I had missed something when I transferred files to it. On my desktop using the drives internally, I get transfer speeds of just shy of 15 mb/sec. With the Inateck drive plugged in I transferred large files to it at speeds topping 17 mb/sec.

Not only is it fast, it is nice looking as well. The sides are vented and the front has a beautiful set of blue lights that light up when the drive is plugged in. The business end has a connection to the computer that is a full size USB connection and uses the latest USB 3.0 speeds. It also comes with an adaptor that allows for external power to be applied if the device you are connecting the enclosure too needs the device to be self-powered. 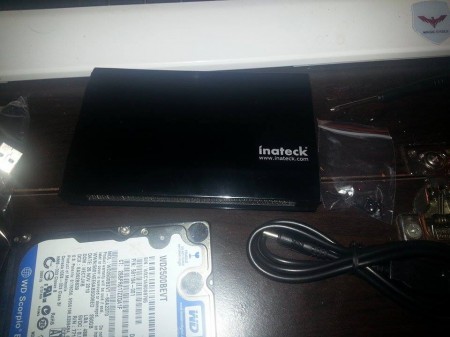 I did see a few problems with the product but they are honestly very minor and I only mention them to make you aware of them. The enclosed documentation is printed so small that with my glasses and a magnifying glass, I could not read it. I do not know if they contained instructions or warranty information that is how small the print was. Because of the use of a full sized USB connection on the end of the cable you are limited to connecting to devices that have full sized USB ports on them unless you purchase an adaptor for it. You’re in luck however as just about all online retailers of computer devices sell, at a very low cost, adaptors that will allow you to connect the cable to a micro USB sized connection and I recall that the one I got was just a few dollars. The other thing, cable-wise, to mention is the length of the power cable, to me I would think that is I need to plug it into an external power connection, It would be nice to have a longer cable to reach the power port easily. Now, it is possible that both need to be connected to the computer for better efficiency but since I could not read the enclosed paperwork I do not know for sure.

I will tell you that the assembly of this device was easy. I opened the case from the business end, and using the enclosed screws and screwdriver, popped the SATA drive onto the control board, secured it with the screws, slid it into place and fastened the whole thing together with the case screws, there was even a screwdriver included which I must say was great. 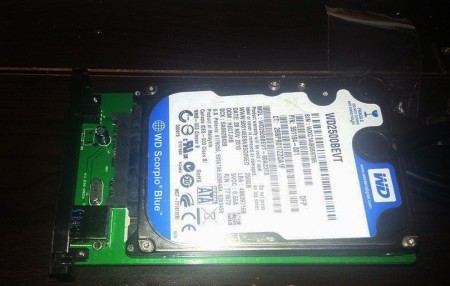 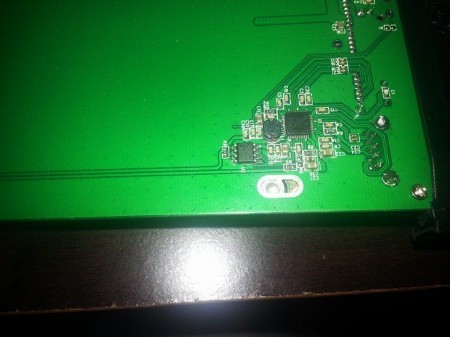 I really loved the included bag that everything fits into snuggly it makes for a great way to transport the drive in a purse or even a computer bag without scratching the enclosure, and it keeps all the cables in one place as well.

Now, I know that I mentioned several bad things about this enclosure, and I want you to know that in no way does this affect the overall usability of the enclosure. I believe that this is one of the best products I have had the privilege to review and it one of the most useful tools one could own. I have tested the enclosure on my desktop, my daughters desktop, my Xbox 360, as well as my portable ASUS T-100, and it has performed equally great on all of them.

If you are in the market for a new hdd enclosure, you will not go wrong with this one. I have tried several others, and this one is the best so far and at $16.99 it certainly won’t break the bank and allow you to use your spare hard drive as an external backup drive.  Obviously if you have an SSD drive it will have faster read/write speeds than an HDD drive but you will still get decent performance from any drive you put in there.