Halloween is the best time to indulge yourself in a good horror game or two. While Steam is filled to the brim with horror games, you can’t expect each one to give you a good scare. It’s not always easy to find titles that are worth the splurge. For me, jump scares simply don’t cut it anymore. There are so many ways to conceptualize horror that the possibilities are endless.

Here are a few games that’ll scare your pants off. You’ll most likely find most of these titles on the upcoming Halloween Steam sale, which is good timing if you want to save a few bucks. If you’re looking for a couple of sleepless nights, dim your lights and put your volume on high before you check these games out. 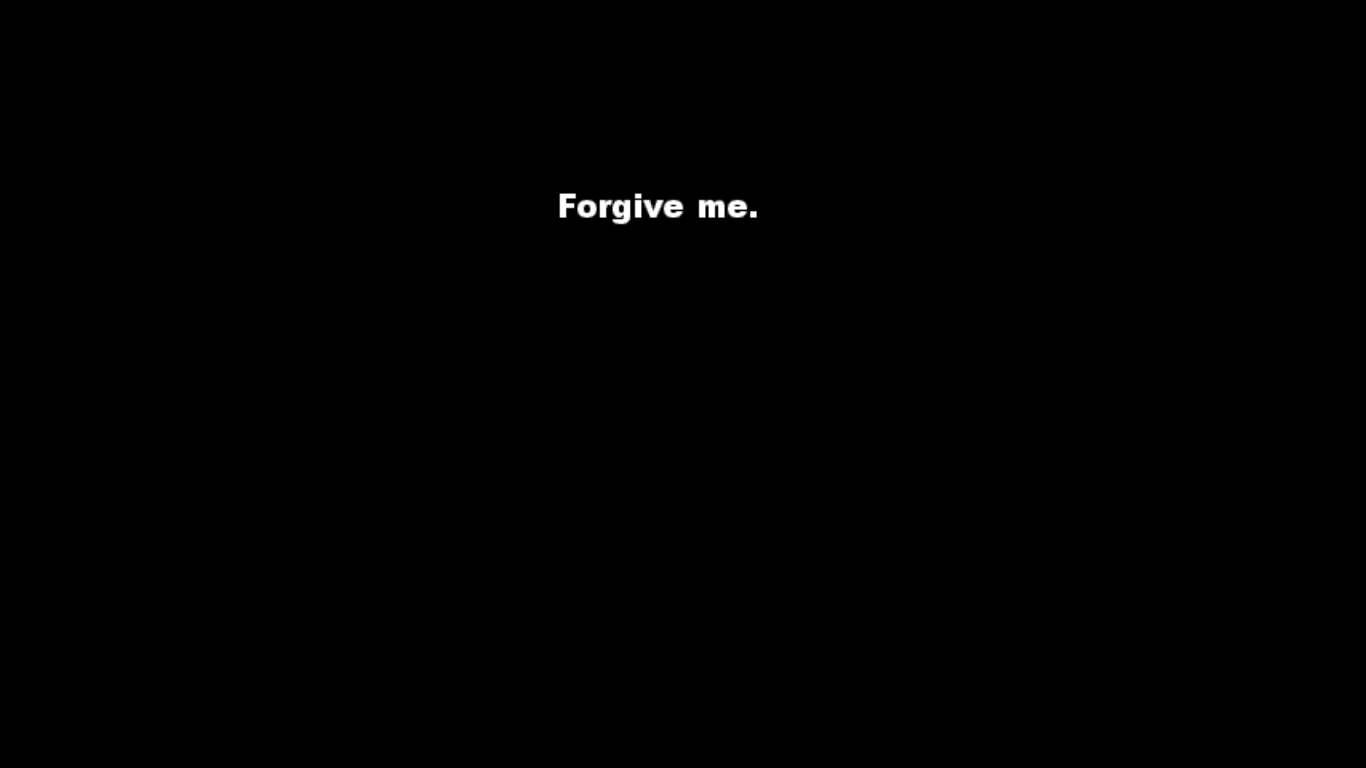 We’re starting things off with a meta-horror game that’s surprisingly atmospheric, considering its lo-fi aesthetic. IMSCARED is a game that’s developed and published by Ivan Zanotti’s MyMadness Works. It was first released in January of 2016 to very positive reviews.

The premise of the game is simple. You’re in a small, dimly lit room and you have to solve simple puzzles to get through the door. Don’t let the storyline’s simplicity fool you, though. The developer’s execution gives the game a whole new twist. This reminds me of creepypasta or r/NoSleep stories where the protagonist gets a haunted game and their PC gets infected with a ghost virus. 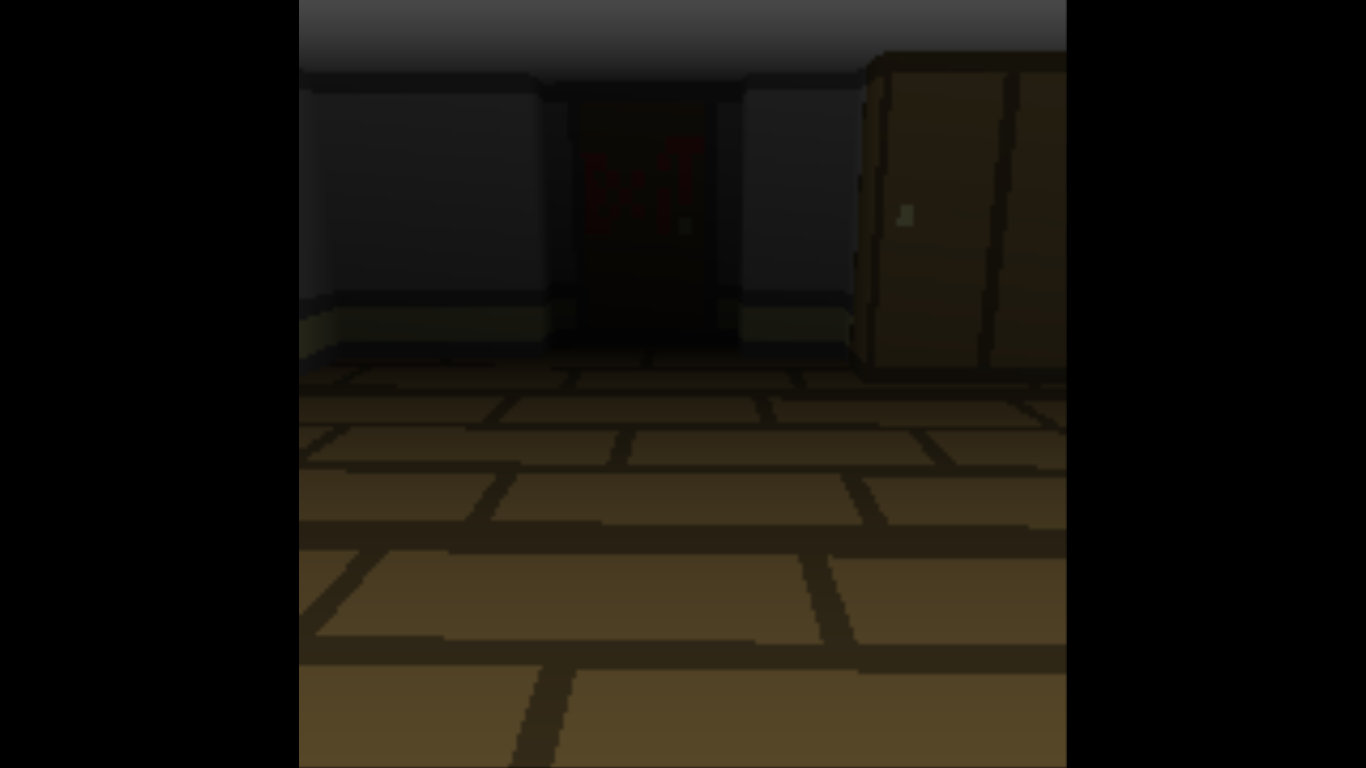 When it comes to horror games in general, I’m always looking for something that can present a premise in a new way. This one takes horror to a whole new level. It’s fully immersive, but not in how most people are used to. It’s innovative in that it combines low-res graphics with superb sound effects to amp up the creep-factor. As a bonus, IMSCARED has been out for a while now, which means there’s a big chance it’ll have bonus discounts during the Halloween sale. 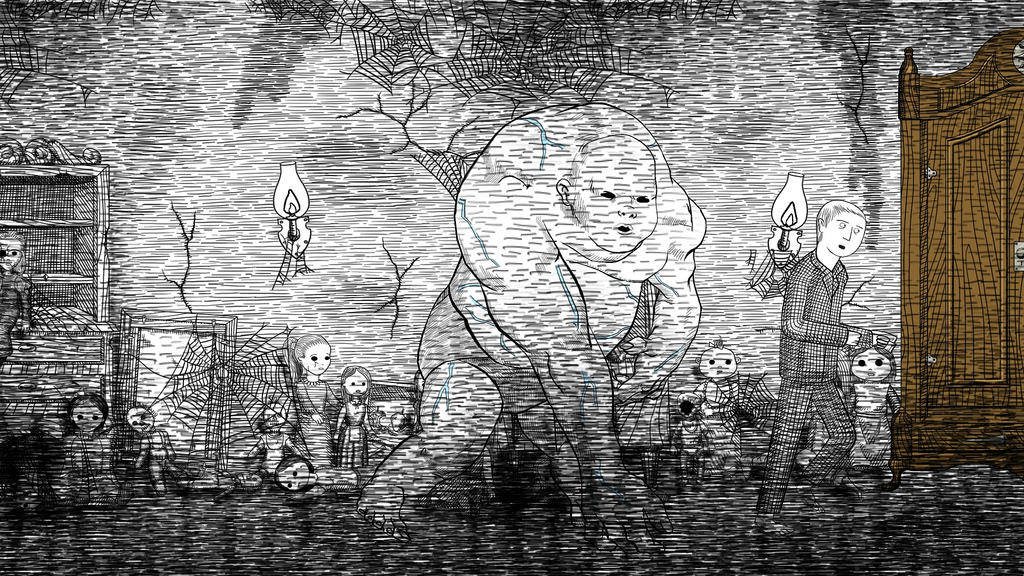 Neverending Nightmares is a psychological horror game that delves into the experience of a person with depression and obsessive-compulsive disorder. You’ll play a character named Thomas, who suffers from – as the name suggests – continuous nightmares. Every time he wakes up, he finds himself in a new horrific dream.

Let’s be real here: what could be more terrifying than mental disorders? The game perfectly encapsulates the struggle of someone with a psychological ailment. According to the lead designer, Matt Gilgenbach, he wanted to capture the “bleakness and hopelessness” of someone who suffers from mental illness.

Outlast has all the makings of a good survivor horror game. It features a nosey journalist who investigates unethical human experiments performed on a psychiatric hospital. If that’s not enough, the asylum is located in a remote part of a mountain, and the culprit is a big, evil corporation. And did I mention that there’s a schizophrenic, self-proclaimed priest in the mix, too?

What makes Outlast different from all the other survival horror games out there is that you can’t attack enemies. True to the character’s persona as a freelance journalist, he’s not prepared to take on human experiments-turned monsters. This means you’ll have to rely on stealth to survive.

The original Outlast was released in 2013. There’s a good chance it’ll be included in the Steam sale, just because it’s been around for some time. There have been updates over the years, the most recent being Whistleblower. Outlast 2, is also available on Steam. However, it’s highly recommended that you play this one first, so you have some background when you start the sequel. 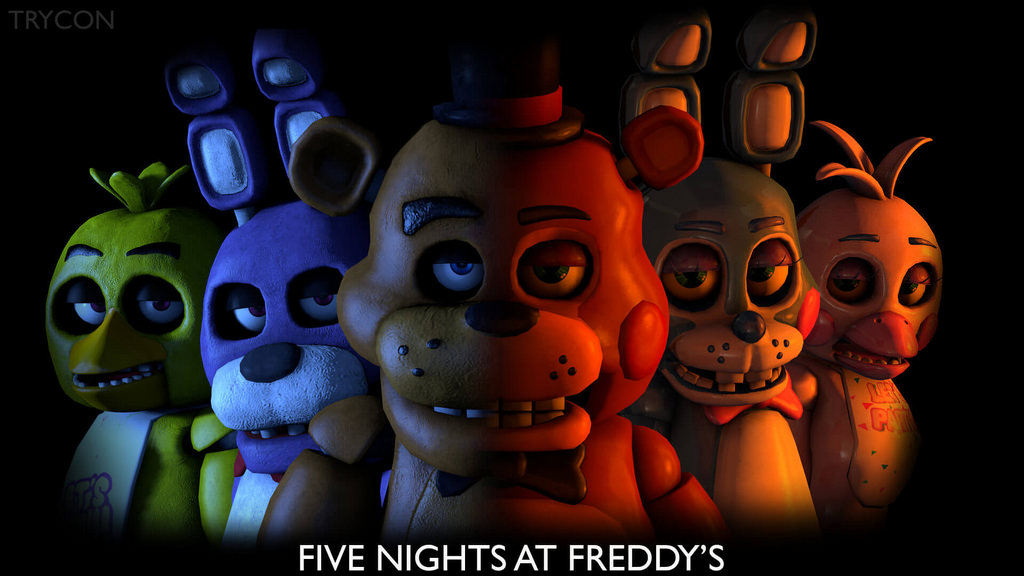 Who hasn’t heard of Five Nights at Freddy’s? When it first came out, the internet exploded with gameplays, reviews and reaction videos. It’s true – it is as creepy as it sounds. If you haven’t played it yet, you’ll have a good chance of getting it at a steep discount during the sale.

Five Nights at Freddy’s is a point-and-click horror game set in a children’s fast food restaurant called Freddy Fazbear’s Pizza. Your job is to monitor the security cameras. Sounds relatively harmless, except there’s a gang of animatronic mascots out to get you. Yes, a gang of sentient psychotic animatronics that are planning to get you. The goal is to survive all five nights of your shift, surviving from the homicidal robot puppets. 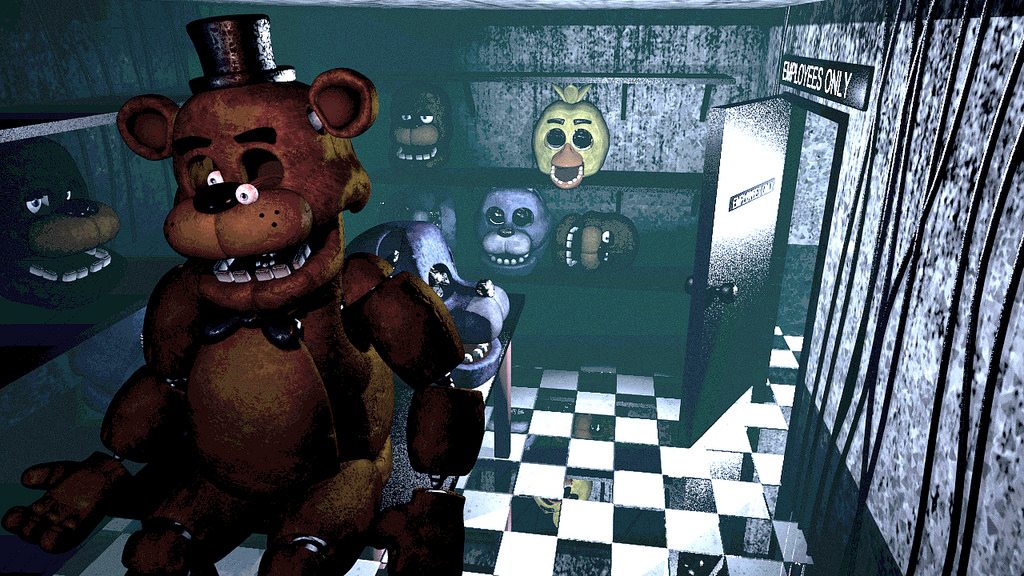 I personally find mascots mildly horrifying. They just don’t look right to me. Those sunken-in eyes and garish expressions give me the creeps. The designer and developer, Scott Cawthon, did a good job highlighting those features. If you’re looking to never step into a Chuck. E. Cheese again, this is a must-try. 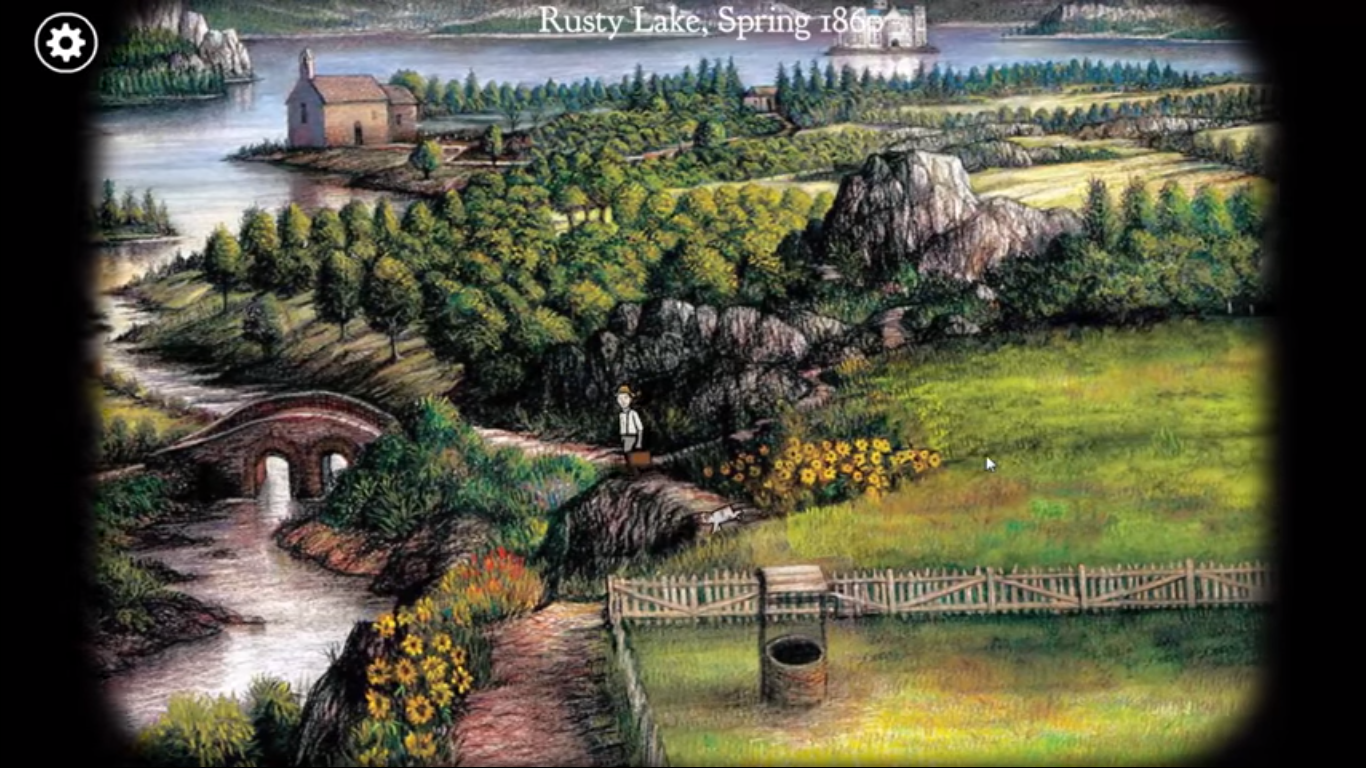 Rusty Lake is a point-and-click game series that’s weirdly unsettling. Steam has rolled them into one bundle that includes Rusty Lake Hotel, Rusty Lake: Roots and Rusty Lake Paradise. The game is part escape game and part horror game. You have to solve a variety of puzzles to progress to the next level. Each level is creepier than the last.

The art-style on this game is superb. According to the developers, the backgrounds are hand-painted by Johan Scherft. There’s an obvious contrast between the cartoon-like qualities of the graphics, making for a surreal, atmospheric visual experience.

Back in the days when I had a potato-quality laptop, point-and-click horror games were my go-to. They were always easy on my computer, as they don’t usually require a lot of power. This is why I find Rusty Lake so appealing. It brings back memories of playing Red Room and Viridian Room back in the old days. 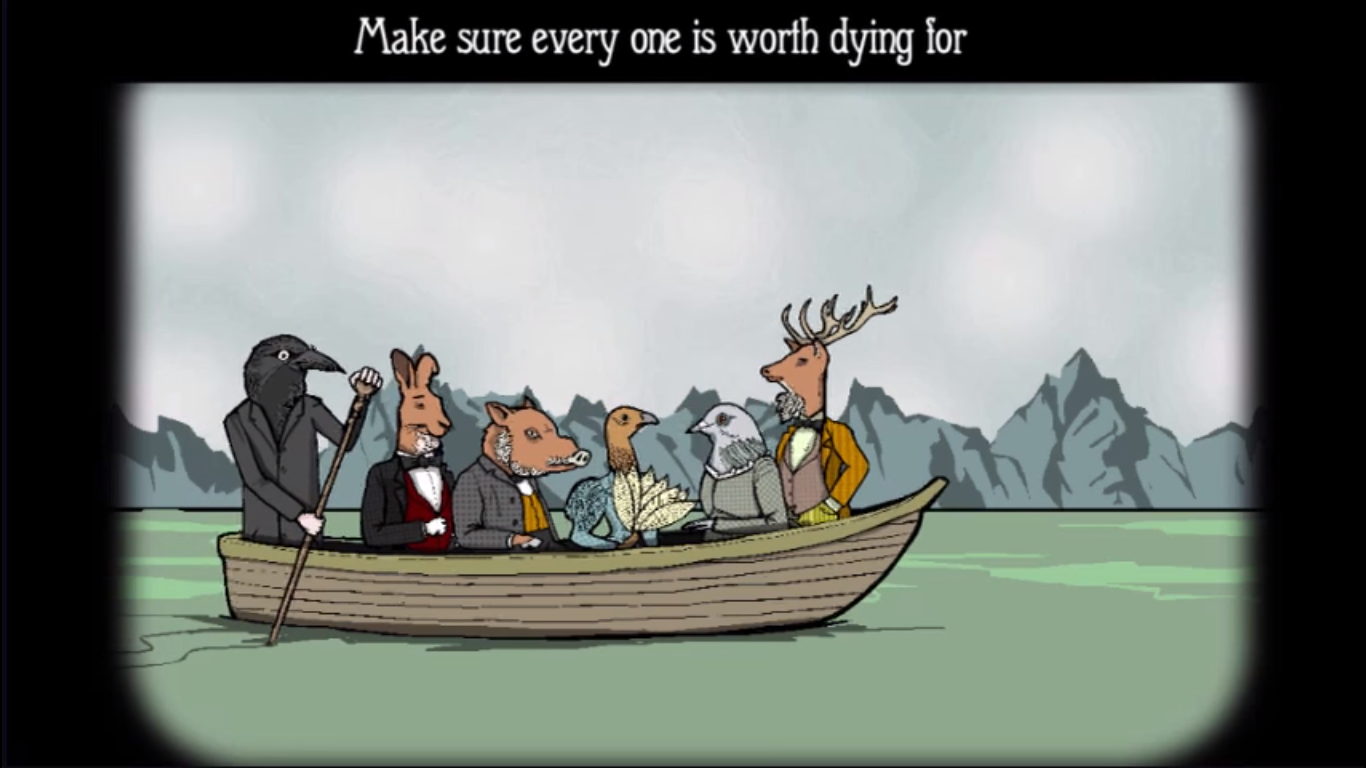 There’s always a restriction when it comes to point-and-click horror games. Rusty Lake compensates with a unique storyline, immersive soundtrack and focus on art-style. 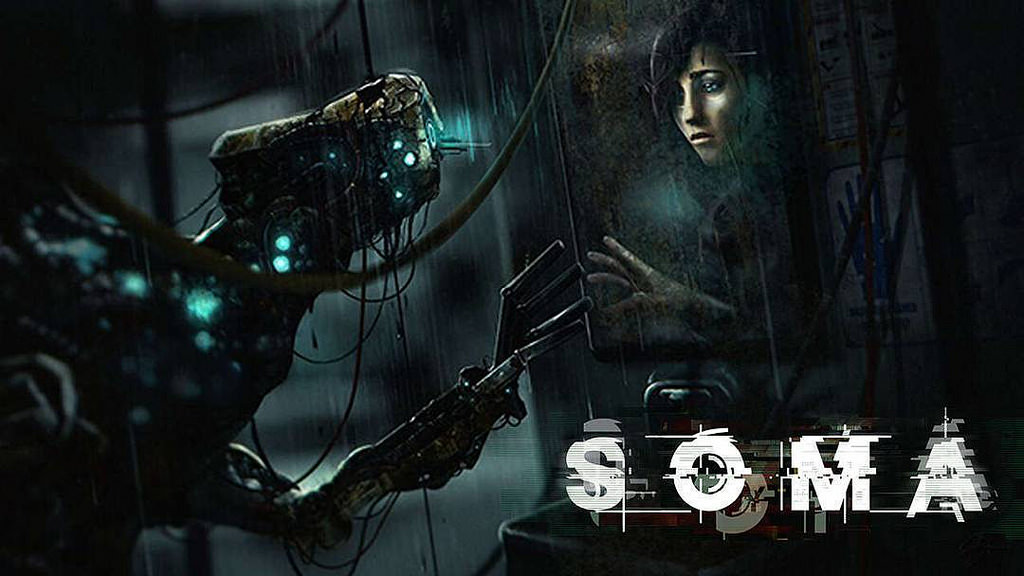 SOMA combines survival horror with science fiction. Simon Jarrett, the protagonist, attempts to heal his brain damage with a simple experimental brain scan. Things go awry when he wakes up in an underwater research facility in the year 2104. It’s a future where the entire human population has been wiped out by a comet. Fortunately, human consciousness survived because it was transferred into computers.

That’s right: our protagonist is human consciousness trapped in a robot body! It’s a take on psychological horror that goes above and beyond what we usually expect from the genre. The storyline is interesting, to say the least. I guess in a way the game addresses all of the fears that seems to be missing from cool cyberpunk shows like Ghost in Shell or Blade Runner (they make it look so cool to have a robot body).

So what are you waiting for?

There’s an overwhelming number of games on Steam that I’m sure I’ve missed a lot of good ones. Let me know if you have any recommendations, so I can add them to my wishlist!