Samsung has been betting on the development of its sensors for mobile photography, the ISOCELL chips that have been on the market since 2013. The latest move has been to rearrange its catalog, give it luster and contextualize it in the face of its positioning as a brand in the smartphone sector. One that, incidentally, suffers from a lack of powerful brands in this important niche, semiconductors for cameras.

Samsung as part of the presentation in which it has unveiled the names of its future categories, Samsung has taken the opportunity to unveil the next sensor during the event at MWC Shanghai. ISOCELL Bright, ISOCELL Fast, and ISOCELL Slim are joined by ISOCELL Dual sensors. Yes, dual cameras and the chip that was on display seems a perfect candidate to debut along with the future Samsung Galaxy Note 8 whose dual camera is still in the air. 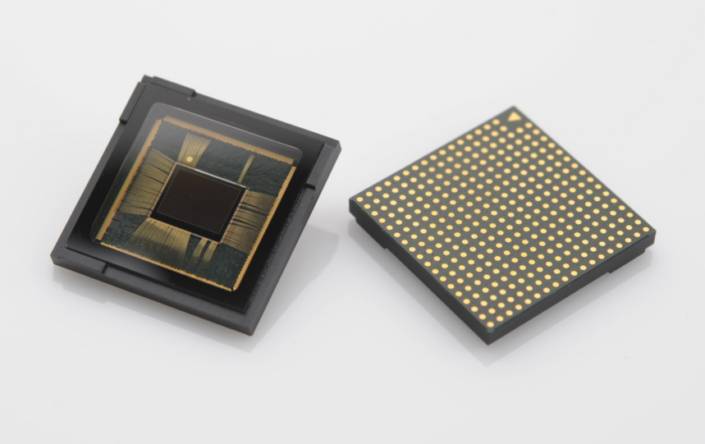 ISOCELL is Revolutionizing the Smartphone Camera

Samsung did not give many clues during their presentation, but it did made clear that ISOCELL would mount in the high ranges of its catalog, although with the passage of time they were running towards lower ranges. And now, with the new cataloging of its line of sensors, Customers will see ISOCELL even in the lowest ranges of Samsung. The ISOCELL Slim are intended for this purpose.

As we said, ISOCELL is nothing more than the evolution of BSI sensors, understood by Samsung. An evolution that achieves, among other improvements, up to 30% fewer disturbances in the image with backlit sensors. For practical purposes, and in a very brief way, ISOCELL intends to increase the sensitivity to the light of CMOS sensors, something whose results we have seen at a right level from the Galaxy S6 and S6 Edge.

The fact is that, although complex, the operation of ISOCELL sensors is relatively easy to explain and all this is achieved by understanding the meaning of its name. Its technical name is 3D-Backside Illuminated Pixel with Front-Side Deep-Trench Isolation and Vertical Transfer Gate. Undoubtedly complex, so we prefer staying with Isolated Cells or ISOCELL for short and with the wordplay that also leads to ISO, the acronyms that define the sensitivity to light.

ISOCELL is based on an evident concept: to isolate each pixel from the others using a physical barrier in the sensor itself, so that the light captured by the lens and led to the lens does not produce the dreaded “bleeding” effect. This effect only distorts the color and illumination of the pixels based on the light received by the contiguous ones.

In ISOCELL, each pixel receives the light it should receive, and Samsung has said that the absorption capacity of light grows by up to 30%, although for this it had to solve the problem of the reduction of the surface of the photodiodes. If you create barriers to surround each pixel, either increase the sensor or reduce the corresponding photodiode, which is why Samsung had to redesign them. Another differentiating point in ISOCELL.

Samsung designed the new photodiodes that they might have a vertical structure, known under the name of Samsung VTG or Vertical Transfer Gate. This allowed building the photo sensor by light absorbing layers, as opposed to horizontal photodiodes BSI of other sensors. The result, isolated sensors with a larger surface.

With this redesign, the crosstalk of the photodiodes was reduced from 19% of average BSI to 12.5% in their ISOCELL sensors. A noise reduction of 150 lux was achieved at only 105 lux and allowed the photodiodes to capture light at a wider viewing angle. The latter is important as it enabled the use of lenses with more light in mobile phones.

In short, the vertical structure of Samsung photodiodes has allowed them to capture more light in any situation, which has improved the performance of their camera modules in dimly lit environments. It has also enhanced the uptake of information in each pixel of the image, which is now more faithful and allows a more precise processing. All with sensors that can be wider and have less height, enabling them to be thinner.

We will see what direction the ISOCELL now take, once Samsung has decided to strengthen the brand and put clear categories to identify each one. As we know, Samsung is the leader in the semiconductor industry, and mobile cameras are partly to blame for this. It will be interesting to see the evolution of ISOCELL in the coming months, and especially if there is a response by Sony to this new strategy of its competitor.

Saqib Ilyas is an inquisitive blogger and loves to spread his knowledge. Saqib has years of experience in digital marketing & sales. He is currently associated with eworldtrade, the finest online B2B Portal offering reliable business connections globally. Follow him on twitter & Instagram at @silyasofficial