You know you have an Internet addiction when having a 5 hour Internet outage causes you to have trouble going to sleep until you know that your Internet is restored and will be there working for you in the morning.  I was seriously even thinking about browsing a different list of broadband providers when I called in for support only to find they were aware of the issue and had no ETA on when it would be resolved. 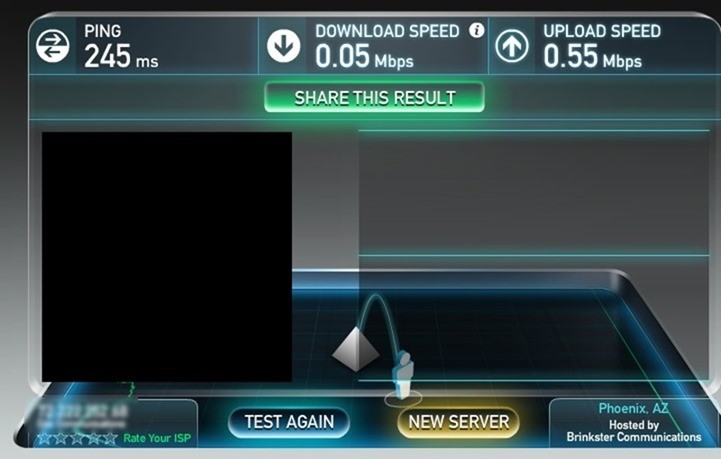 The funny thing is I used SpeedTest.net when I first noticed trouble and the results came back abysmally, but then the Internet just ceased to work at all for 5 hours.  The 3G on my phone was my life blood to social media but I just can’t stand the 3G slow speeds for anything else.

Overall though my broadband provider had given me relatively uninterrupted service over the past 7 years so one incident that lasted more than 15 minutes in 7 years is hardly enough to cause me to switch.  However, I like to keep my options open and always know what broadband options are available should I need to switch. 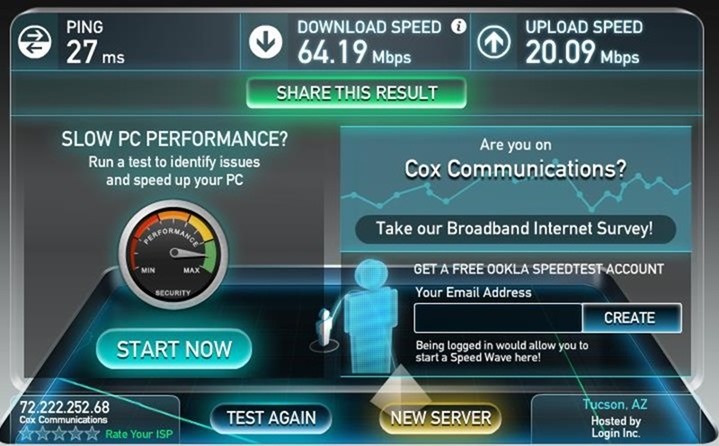 My typical speed tests do not disappoint though and are more than enough to have both my kids gaming with MMO’s while I game with Guild Wars 2 and my wife streams something on Netflix or her own computer and rarely is there a hiccup.

I did learn though that obviously if I was so bothered about my Internet being down that I had to stay awake until it resolved, and once it was restored I knew I would sleep better that this is kind of an issue.  Though I will admit I require my Internet connection for my day job, so if it didn’t recover by morning I would have to have driven an hour to work from the office instead of my home so it wasn’t really about keeping in touch with the bloggers, social media friends as much as it was my ability to work from home or have to drive in which concerned me the most.