While at PAX East 2017 in Boston, I had the pleasure to speaking with Zeke Sparkes, Executive Producer of Brawlhalla over at Blue Mammoth Games.

Zeke has been in this sort of work for quite some time coming from being a Lead Developer on the MMO Neverwinter.  He was also the Design lead on the very popular Star Trek Online, City of Villains and Champions online, all games you and I love and have played but today his passion and dedication is on his work and his team work at Blue Mammoth Games with Brawlhalla.  Thank you Sam for getting me in contact with Zeke. 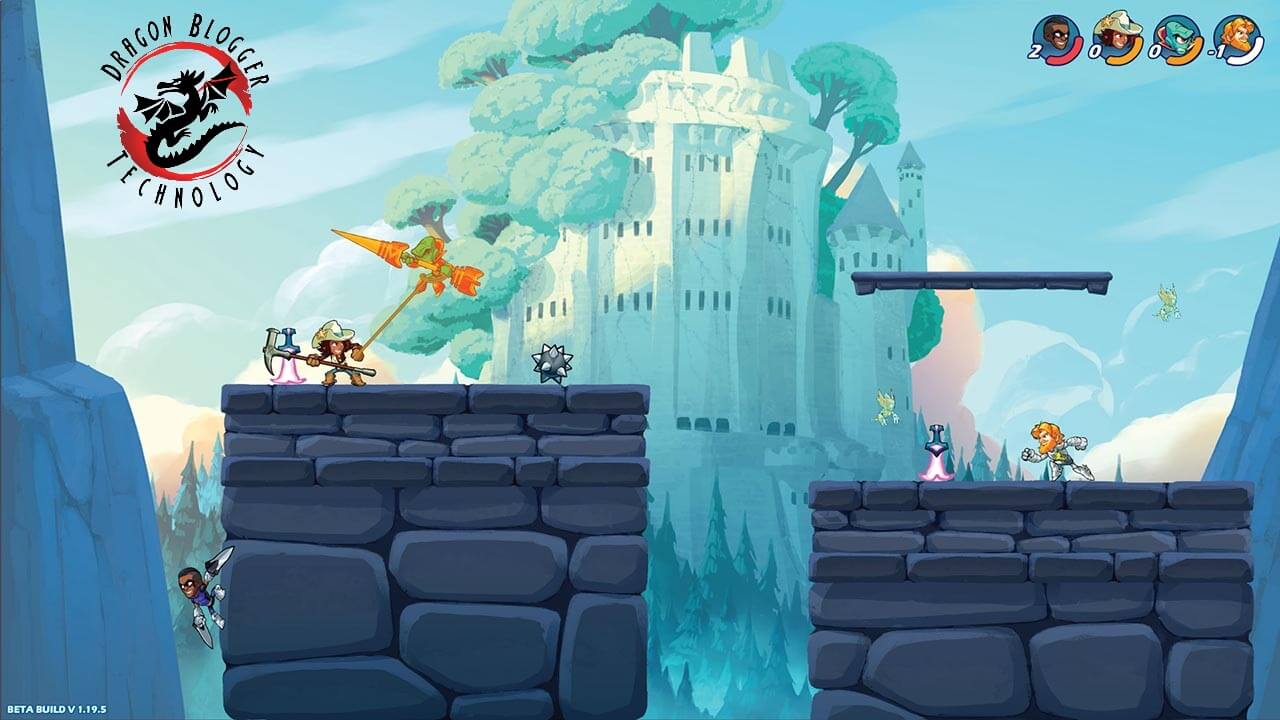 So in my interview, I discuss with Zeke many aspects of the game of which I will go over a few of the highlights.  An inspiration of this game came from Nintendo’s own Super Smash Brother but they touch up many of the issues the game has, in my video below, you can see what I mean by issues.  One of the main things we discuss however is the fact that this game is free, no paid add-ons to boost your gameplay, though they do sell skins and such to make you stand out a bit, change your re-spawn character and other visual aspects of the game.

Tomorrow, (3/11/2017) we will be able to give you a sneak peak of one of their newest character, Mordex.  I wont give much away, though I will update this article with the update, but for now, check out the interview.  In the interview, it’s not all talk, we do play Brawlhalla a bit and show you some of the aspects of the game and maps, such a beautiful game and they continuously update this game adding new maps, characters and ideas coming from their community.

Do yourself a favor, download it from their site, you have nothing to lose as it a free game, not a shareware, trial or anything like that.  This is a free, full game that is amazingly fun.  If you have played it but it has been a while, try it again since they are always adding content.  Check it out here: http://www.brawlhalla.com/

I have been given approval to release an update on Brawhalla’s latest character Mordex, this awesomely savage new werewolf Blue Mammoth has introduced.  I actually recorded this yesterday with the previous video but had to honor their NDA.  Thankfully, that has been lifted, so check out the update.

Let me know what you guys this, I love this game, I hope you do too.