Calling all Android lovers, cell phone users and phablet fans of all kinds – the latest in awesome Android handhelds is about to be released, and is currently available for pre-order over at Gearbest.com right now! Weighing in at an extremely-lightweight 0.145kg, the 5-inch-screened, Octa-Core-CPU-based Elephone P3000s Android phablet is blasting it’s way onto the scene. Brought to you by the fine folks over at Gearbest.com, this KitKat-filled phablet is not only aiming to please, it’s aiming to be your best friend. The brand sounds as though you’re buying a pet elephant (which are a type of pachyderm, if you didn’t know), but this little beauty is quite the opposite in many ways. With overall dimensions measuring a mere 145mm x 72mm x 8.9mm – in inches that comes to 5.7 x 2.8 x 0.4, respectively (and the packaging isn’t much larger either), it’s not too large and not too small, but in fact is just the right size for all of your every day needs. 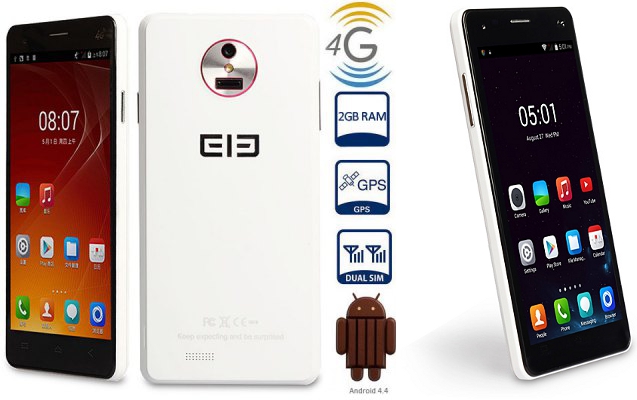 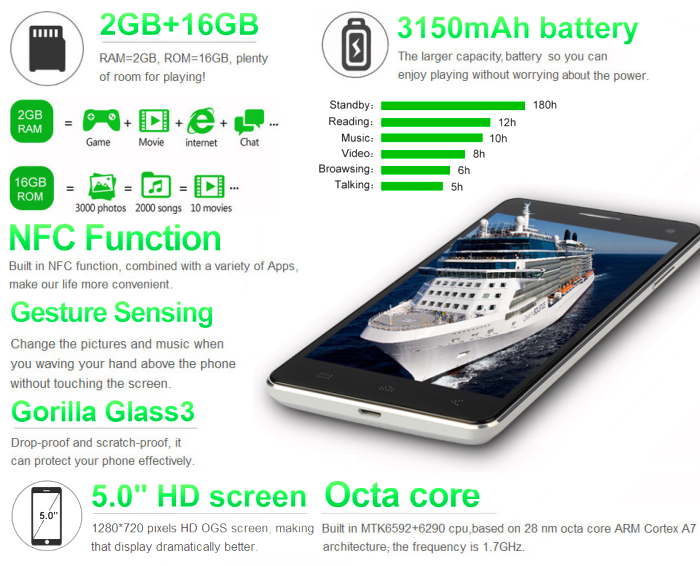 To provide you an extra layer of security, the rear camera’s cover plate also has a fingerprint scanner, to guard you from security breaches, whether momentarily or otherwise. Another bonus is the built-in NFC functionality, including a handful of apps that allow you to take the fullest advantage of it that is possible. To keep you running (whether work or play) longer, the P3000s also sports a hefty 3,150mAh battery, which will get you quite a lot of usage time per charge (actual usage times will vary, depending on type of usage or lack-thereof). The IPS capacitive touch screen also allows you to use specific designated finger-swiping gestures for different functions, from launching the camera to messaging. 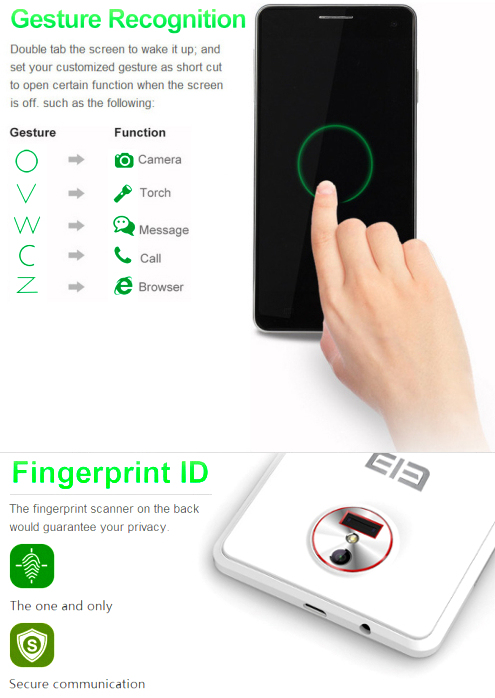 Currently, the Elephone P3000s is available in either gloss black or gloss white, and pre-orders are running until December 15th, 2014. Currently, it is priced at a meager $190.48, but that is the pre-order price, so hurry up while you can. As a special bonus offer, Gearbest is offering you the opportunity to take advantage of an amazing discount code as well! Simply use coupon code ElephoneCN to drop the price down to $171.99 USD (this coupon does not expire until December 31st, 2014, but use it before the pre-order window closes, to get the best price opportunity available)! The ticker is counting down, folks, and admittedly the timing couldn’t be any better. Regardless of which – if any – holiday(s) you celebrate from now through December, this gorgeous little beast would certainly make for quite a nifty (and useful) gift, for pretty well anyone you could think of. It comes unlocked as well, so there are no ties to any specific service provider either (pre-paid networks are not supported, however).

Once more, this is Ronald DMNKLR Smith, for Dragonblogger.com, bringing you yet another phabulous deal from the best in online cell phone retailers – Gearbest.com. Until next time, remember that I want to know what you want to know about. Have a blessed day, everyone!