When asked about the development of technology, questions of legality seem secondary to questions of morality. So in a world of spy drones, wire tapping, and personality profiling technology, we must often ask ourselves not only what we want to do with the technology we develop, but what we could do. One type of technology that has become available for public use is a piece of software called Investig8, by Datapilot. Investig8 allows users to download the data from a mobile phone as effectively as and FBI forensic squad, and it really works.. This includes messages, phone calls, contacts lists, or what apps are present on the phone, even if any of this data was previously deleted. Just reading that sentence, some of you will have recoiled in horror, and others will have leaned forward in interest. It is a powerful thing to be able to do, and undoubtedly useful. One could monitor employees use of company phones, save important phone data during an upgrade, or track the last moments of a murder victim in order to track down a serial killer. Assuming you live in an HBO T.V. show. I (after getting permission, and explaining what it would be used for) decided that rather than test this software on myself, it would be more interesting to try it out on my girlfriends phone. She thought it would be exciting, so we got to work setting up the software. After a brief tutorial, I hooked up the phone to my computer and began running Investig8. We both watched as the data was downloaded into a specific folder, and viola, We could now both see everything that had happened on her phone since she had bought it in 2013. That’s two years worth of data that I could access. I could see everything. Using the svProbe function, I was able to map out a timeline of every instance where she had used my name. I was also able to see what she was doing on Tuesday April 8th in 2014 (googling goblin sharks aparently), and also fondly looked over the messages she sent to her friends gushing about this handsome guy she had just met (it was me). That’s right, not only can you get a list of every message that phone has ever sent, but you can read them in a ‘thread’ like format that shows the entire conversation. With the click of a few buttons I was able to graph her data usage every day, see where any of the pictures she snapped were taken, and with which numbers she interacted with the most. The information was easy to find and organized in a way that was easy to sift through. In total, it only took a half hour to gather two years worth of data. The software works. In fact it works for more easily and effectively than I would have given it credit for upon hearing the word data acquisition. In order to fully test the product I decided to flag a few messages and emails and compile them into an evidence report. So not only can I look at each individual text message, Email, web search, detailed information on app usage, access a full gallery of pictures taken or sent, and look at the frequency/length of phone calls, I can collate it into comprehensive reports that eschew the unnecessary material. I printed it out, and had a very official looking report. Investig8 doesn’t mess around, and in fact seems to be prepackaged so that those who need to present the data they have collected in a coherent and presentable format can do that easily and without having to study an extensive manual. 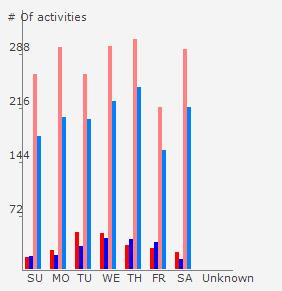 The only thing left to us is to ask ourselves, is spying on the data from another person’s phone morally right?

If you fear your spouse is cheating, do you have a right to access their phone to get the answers?

Is that all that this software is good for?

In the words of William Gibson “I think that technologies are morally neutral until we apply them. It’s only when we use them for good or for evil that they become good or evil.” We know that using any technology to harm another person is wrong, but Investig8 does more than just give you the chance to spy on people who you would otherwise not trust. It’s a tool that when used could help a police officer save someones life. It could help prove a person’s innocence when there are no other avenues available to them. We live in an age where information is more valuable than any other commodity, and the people at Datapilot know that.