There are many different types of Chrome extensions that auto select friends to invite them to your Facebook event, but I have a new favorite and it is called “Facebook Invite All” it has a 5 star rating and more votes than any other Facebook event Google chrome extension for a reason and it is 100% free.  The plugin installs like any other Google Chrome extension, you simply go to the extension https://chrome.google.com/webstore/detail/facebook-invite-all/inmmhkeajgflmokoaaoadgkhhmibjbpj and install it to your Google Chrome browser. 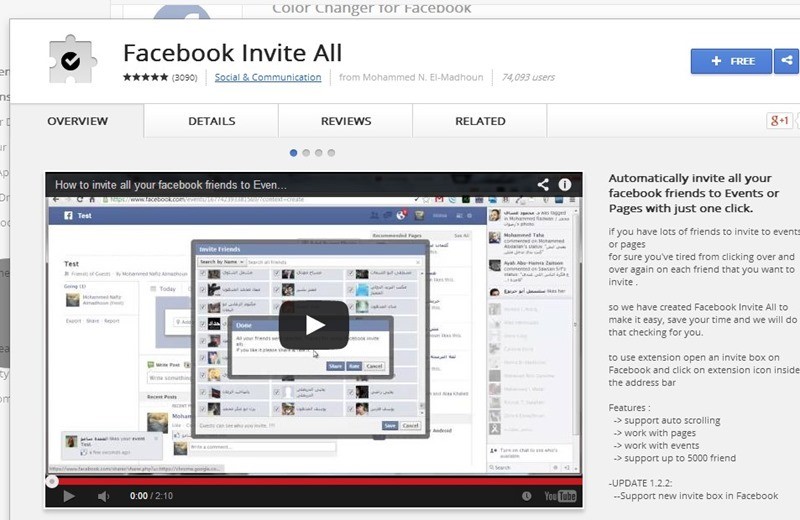 Now, this is a free extension, and it works but it will redirect you to an advertisement tab after you install it.  Don’t fret, this is how the developer gets some compensation for his effort and there is another plugin that is premium at $6 which basically does the same thing as this plugin and not as quickly either.  After you install the plugin all you have to do is either create a new Facebook event, or go to one where you want to invite all of your friends.  Open up your event and click on “invite friends”, when the invite friends popup box opens, you will then click on the little checkmark in your URL bar on the right top of the Google Chrome browser. 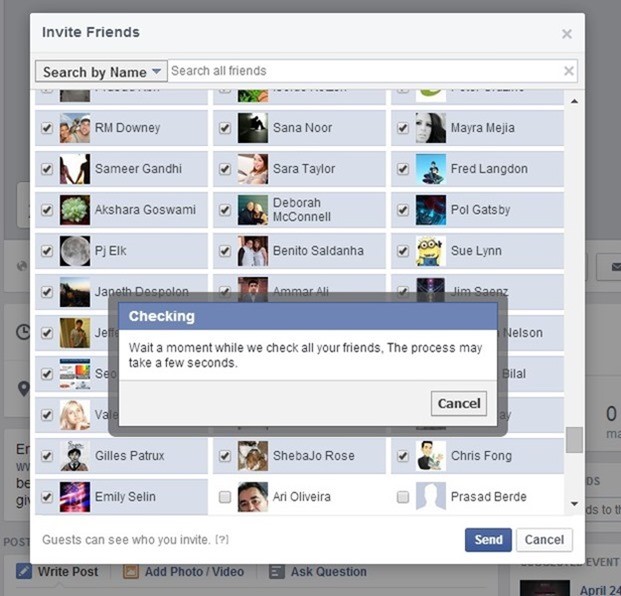 You can see with this plugin in less than 40 seconds of running, it invited over 2,600 Facebook friends which would have been a daunting task to do manually. 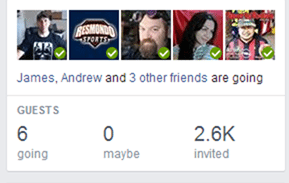 It would have also been at least 3 minutes of scrolling if I had to scroll through the list of friends and use the Check Them All plugin which I was using previously to select and invite all friends.

Just remember when you select a mass amount of friends to invite them to an event Facebook will make you enter Captcha to prove you aren’t a robot.  Also I would only reserve inviting all friends for very specific and infrequent events that everyone can take part in.  Do not invite all friends if only a small portion of your friends would be able to attend as this would just waste people’s time.  Online events are probably best for inviting all friends to an event.  I use this extension to only invite all friends to my largest giveaways with the biggest prizes, so it is like an added “hey make sure you see we are giving this away”.  I do it less frequently than once a month and generally I haven’t gotten any complaints from sharing a big giveaway we were having, many thanked me for letting them know as they don’t typically see things on their wall post when only 10% of your audience sees your wall posts typically.

So Facebook Invite All is an awesome extension for automatically selecting all of your Facebook friends to invite them to your Facebook event and I highly recommend it, once again that link to install it is here: https://chrome.google.com/webstore/detail/facebook-invite-all/inmmhkeajgflmokoaaoadgkhhmibjbpj