Tower defense games as we know them are here to stay, but every now and then we are presented with a title that revolutionizes the genre. The Iron Brigade is a shinning example of how popular concepts are altered just enough to resemble the original while giving more depth to an otherwise straightforward genre. Double Fine encourages players to dug themselves deep into the trenches and fend off an army of constructs, in a title that brilliantly combines 3rd person shooter and tower defense elements. 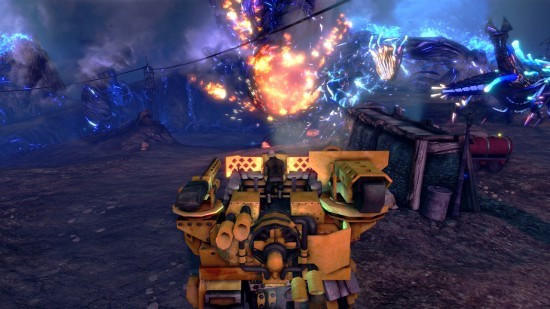 The story behind the Iron Brigade can be regarded as shallow by those who are used to intricate narratives specific to RPGs, but for a tower defense title it is outstanding. It is not necessarily the plot that shines brightly, but the way in which the events are depicted and the manner in which the setting is crafted to resemble the mid-20th century atmosphere. Earth is invaded by the creations of a madman, and the last line of defense is the rugged Iron Brigade who sends the Trenches into battle to stop the assault.

These are basically Mechs that were perfected to be just as suitable for trench warfare and dynamic confrontation, which adds a new level of complexity to a tower defense title. The story is captivating and the cut scenes well crafted, so that players who need an incentive to progress with a campaign will be thrilled with what Double Fine has achieved. Customizing the units between rounds and upgrading them is a fun activity and it adds a couple of hours to an otherwise short campaign. 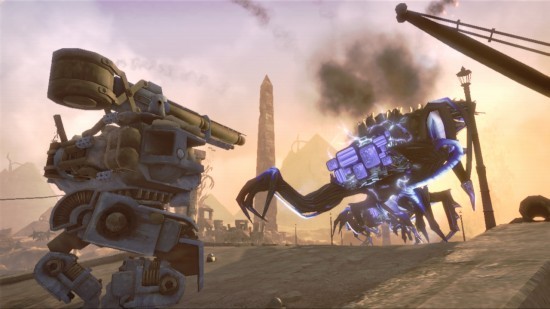 The units are well designed and with dozens of Mechs to choose from, players will spend a decent amount of time trying to figure out which is the best unit for the upcoming round. Some are highly mobile and will outmaneuver the invaders in the 3rd person side of the game, while others are more durable and less likely to succumb under heavy fire. Players need to have the right combination of units to prevail, but it is possible to survive even if you have a dominant type of unit in your army.

Equally important is how you place these mobile and stationary defenses on the field of war, which brings us to one of the few flaws of this game. Players can’t destroy their own units, so they need to be extra careful when setting in place any fortifications, so that no precious space is lost. Iron Brigade is a polished game that will appeal to anyone who loves tower defense, but due to its unique 3rd person elements will captivate even less dedicated players. The trailer is inspiring so don’t hesitate to spend the two minutes needed to watch it, while the game deserves a rating of 4 ½ stars out of five.