Whether you are looking for a camera to set in your house or something to hide in your car, there are many options on the market. A few of those options may be to make sure you’re safe or to catch someone in the act of doing something. Today we take a looks at one of those options with a camera that comes from our friends over at Conbrov. This is the WF98 mini wireless camera which has the capability to record at 960p HD. You are also able to record in Nightvision mode with this mini-cam as well and the WF98 compact camera may be what you’re looking for as it is very tiny and discreet.  Let take a look at the box and what comes in the package.

Whats in the the Conbrov Box

The box is black in color with the company logo and some specs on the back. It also has a few photos showing the camera. 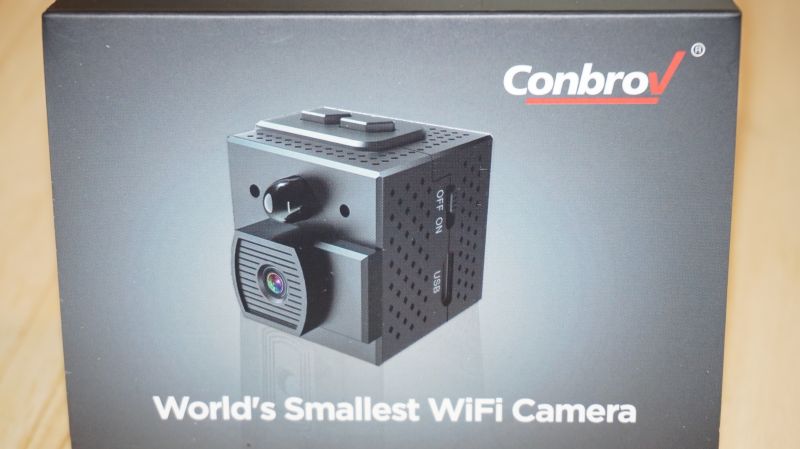 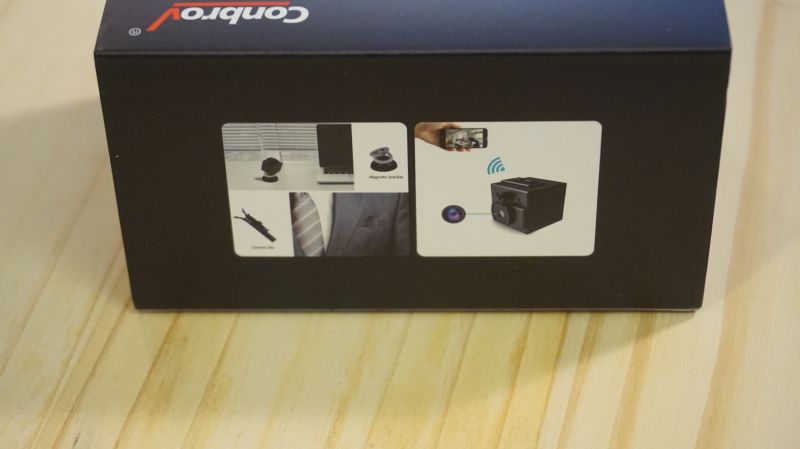 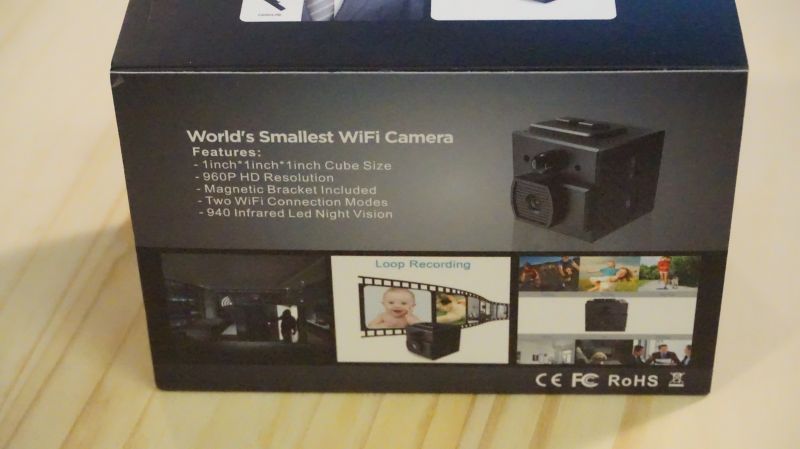 Whats Included In The Box 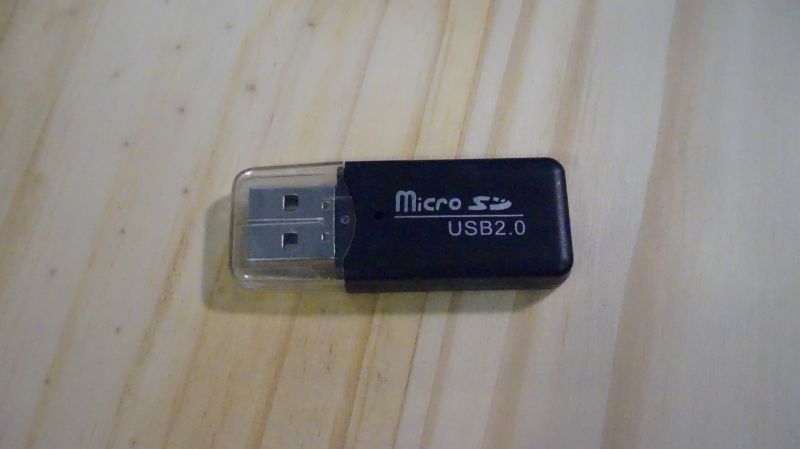 The next batch of pieces is a bunch of 3M adhesive mounts. Two of the round pieces are the metal circles the other two are the actual adhesive for them. 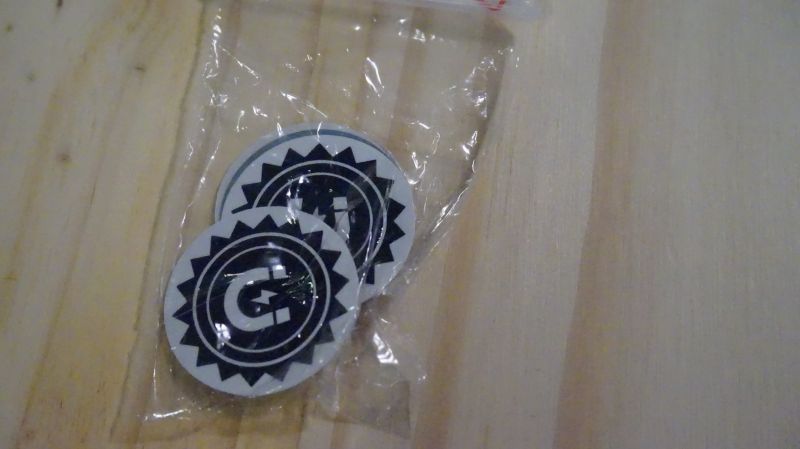 Then in the kit, you get one metal washer, magnetic bracket, and another 3M adhesive ring. 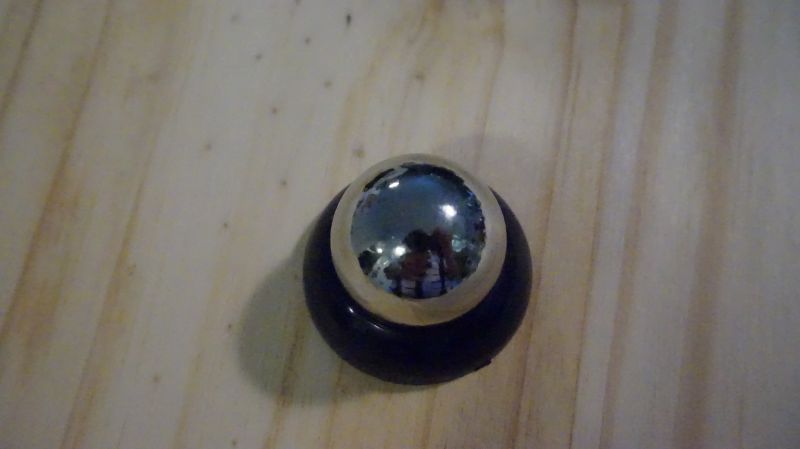 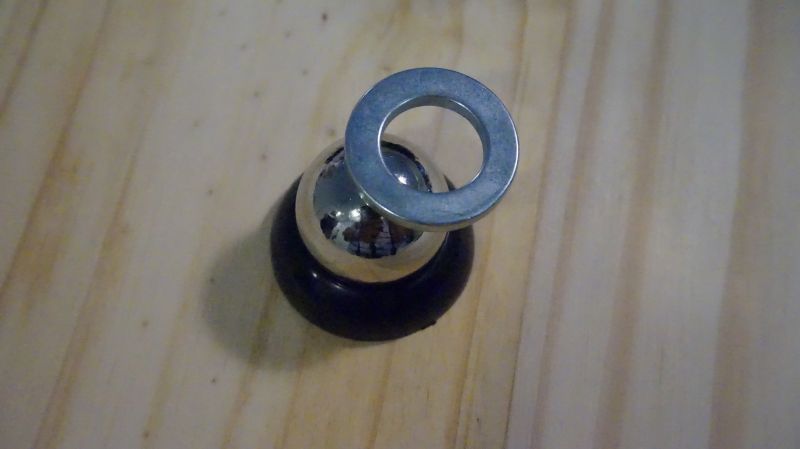 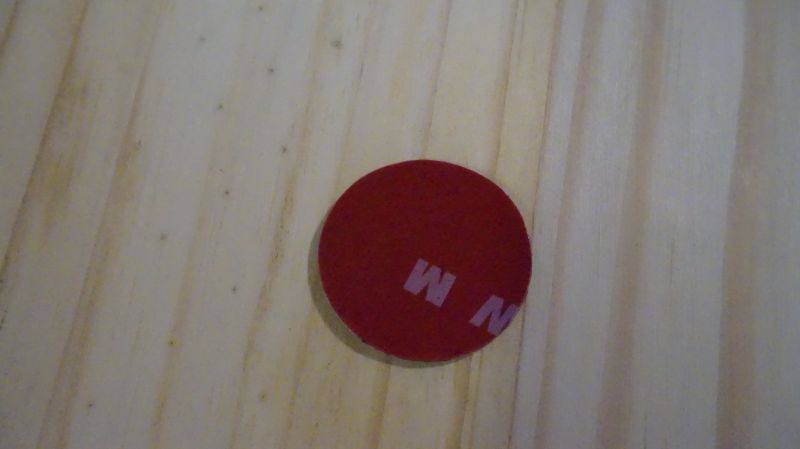 The Conbrov WF98 camera also comes with a charging cable and camera clip. 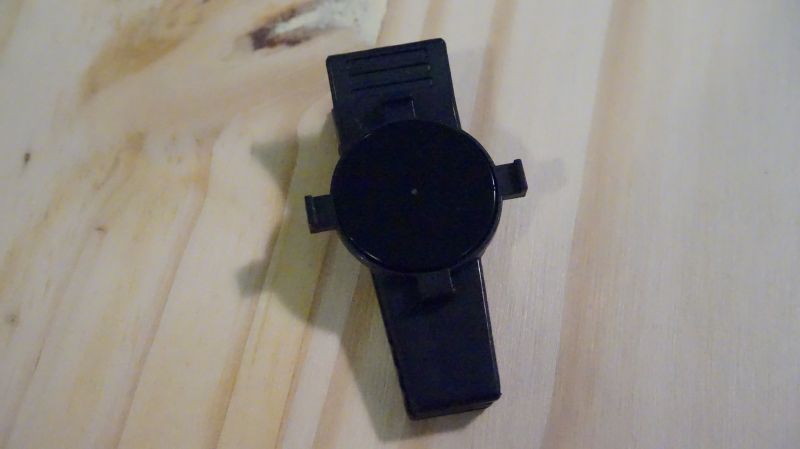 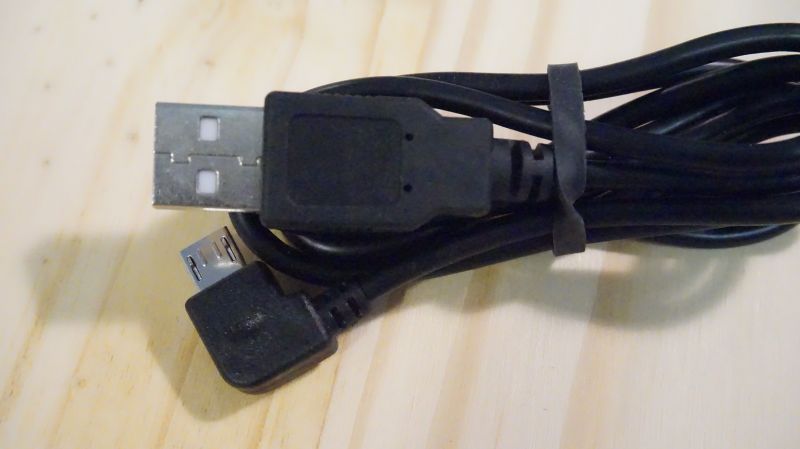 The final pieces that come in this kit is are a user manual and VIP card. 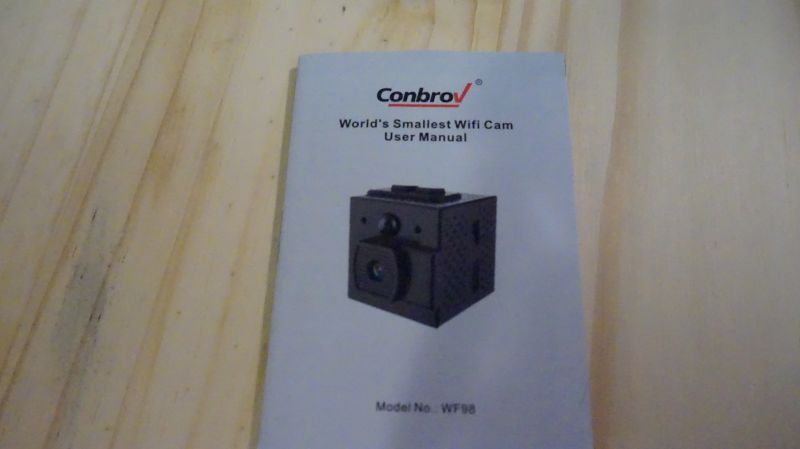 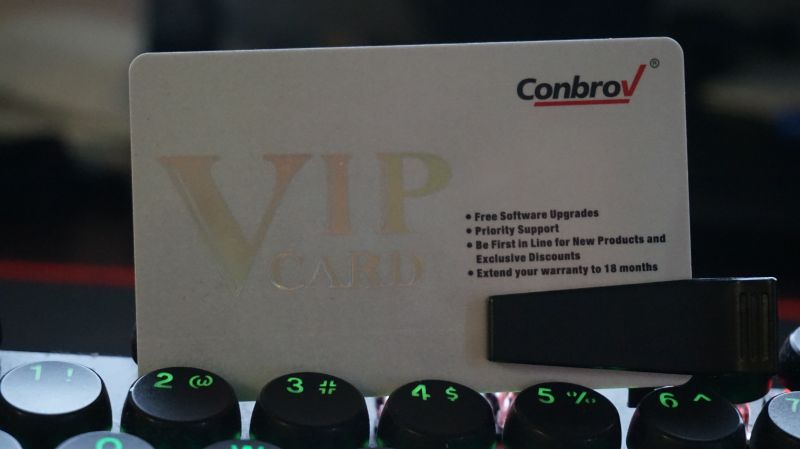 And last but not least is the mini spy camera itself. 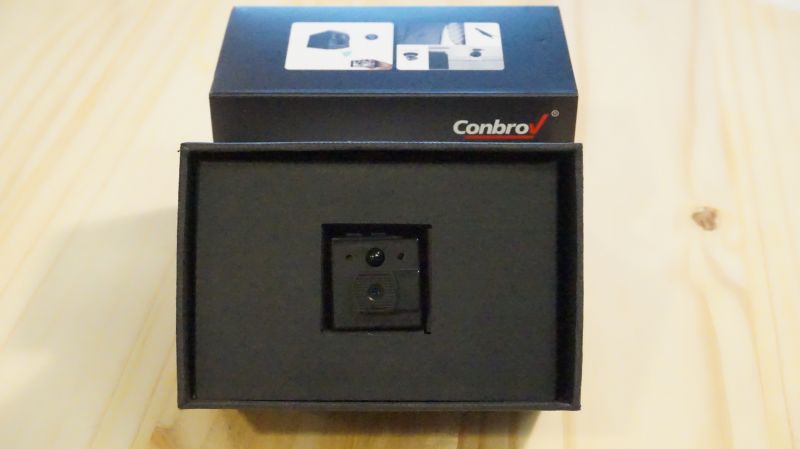 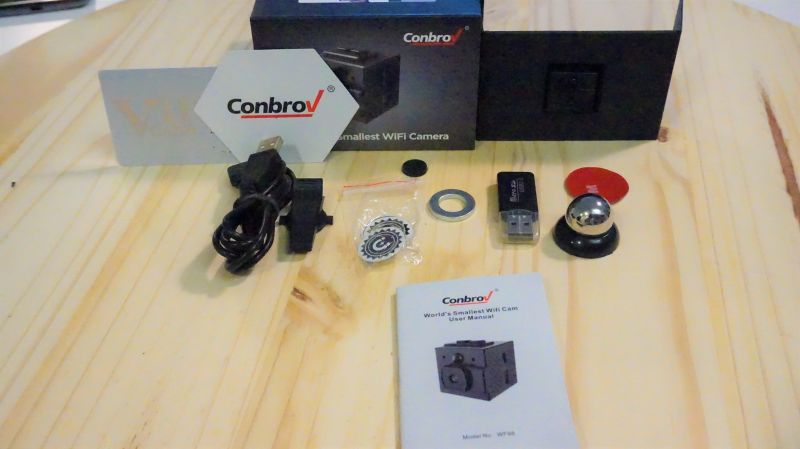 The Spy Camera Device And Using It

Now that you have seen what all comes in the package lets talk about the device and how you use each piece. The camera itself is rather small and it measures a mere 1 inch by 1 inch by 1 inch.  This makes it very hidable. With it being WiFi capable you can link it to your home WiFi network and watch the video feed from anywhere in the world. You can also run this camera just on stand-alone with a micro SD card which I remind you again is not included with the camera. It has around 60 minutes of continues battery life when doing non-stop recording.  It can hold up to a 128GB memory card. You can also have it set to just take pictures as it detects motion which greatly conserves the battery to make it scout out an area longer. This would be nice for outside your door or maybe in your car where you just want to leave it watching for any potential break-ins or intruders overnight.  The camera also allows night recording with it’s night vision mode.

On the camera you have two buttons on one side. These buttons allow you to turn on WiFi and hit record/reset. The reset button allows you to reset the camera back to factory settings. 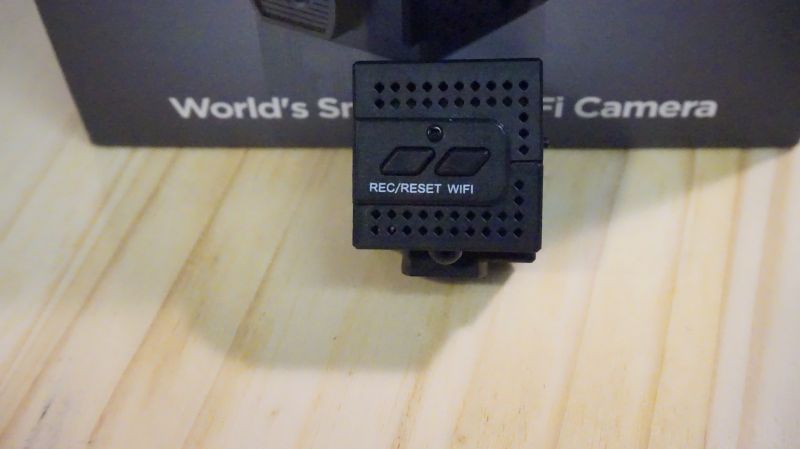 On the opposite side, you have a micro SD card slot like previously stated and you can insert up to a 128GB class 10 SD card. You can go down in size if you want. I used a 64GB card and a 32GB card for testing. 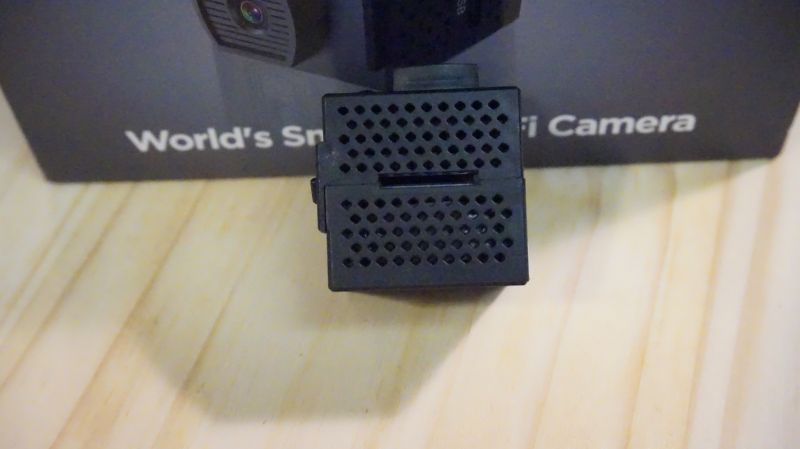 On the next side of the Conbrov WF98 camera, you have the USB power port and the on and off switch. The port will be used to charge the device or connect to your computer. 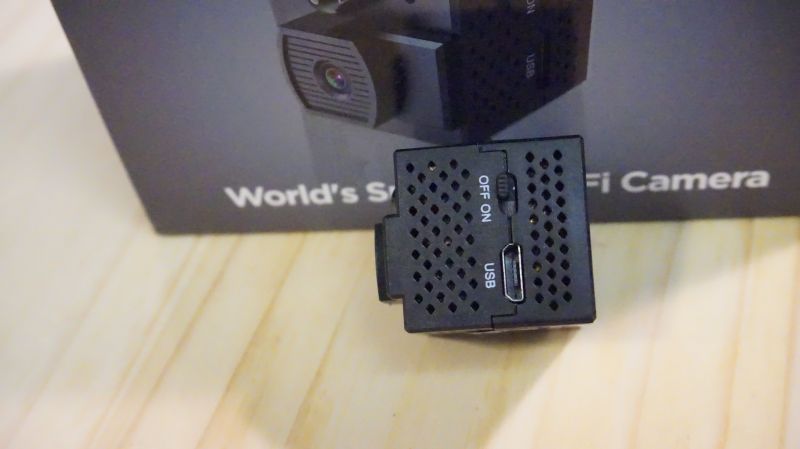 On the back side of the Conbrov WF98 camera, you have a magnetic place. It has their logo and name. This allows you to connect to the clip or the magnetic bracket. The clip will allow you to connect it to your cloth or hide it on some fabric on your curtain. Or hide it on other devices that are the same in color. In the next few photos, I will show you the clip connected to the camera and the device hung on a curtain and HDTV antenna.

Camera On The clip 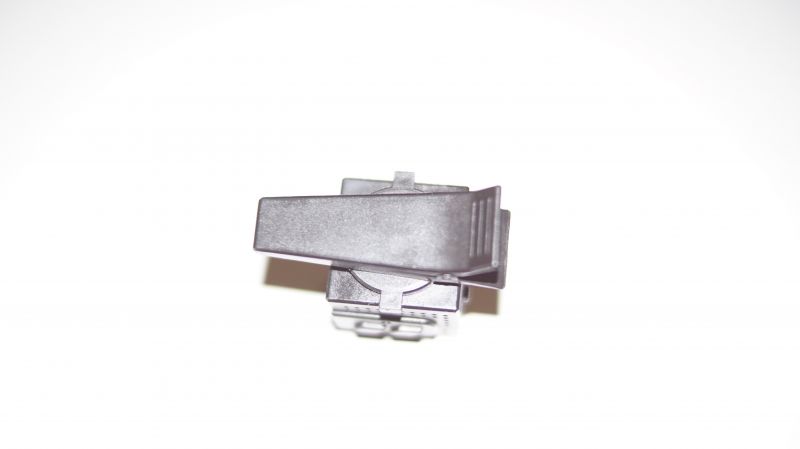 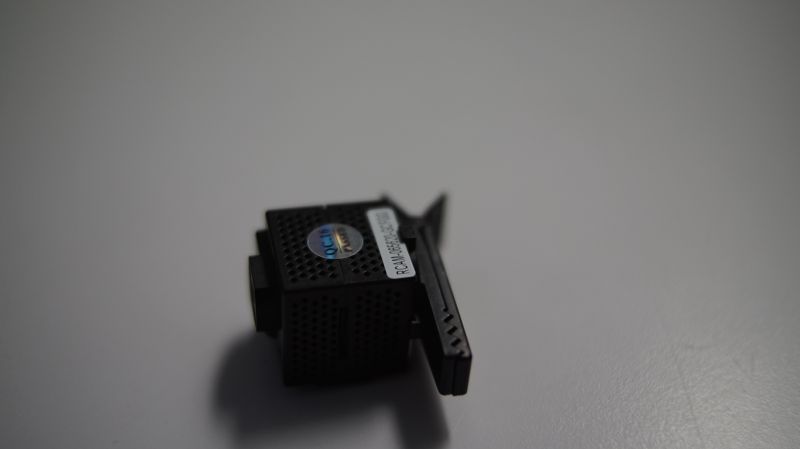 The Mini Spy Camera Hanging On The Curtin 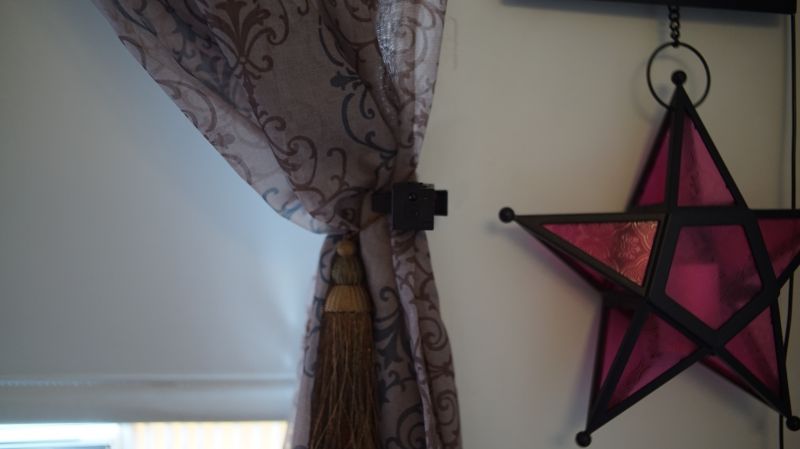 The Camera On The HDTV Anntena 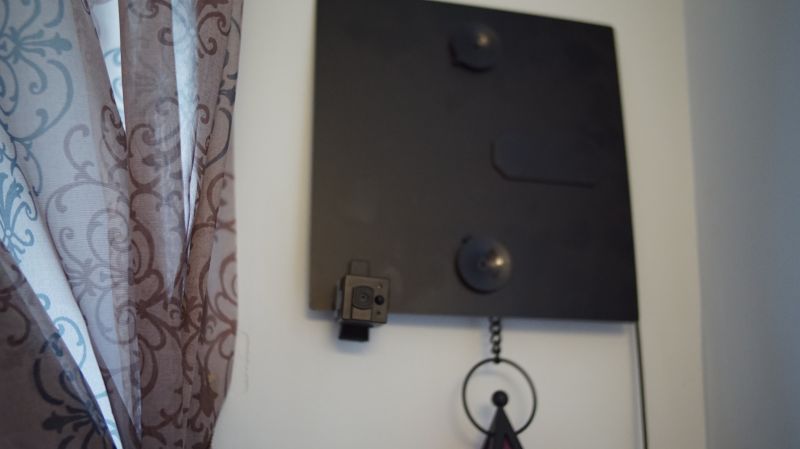 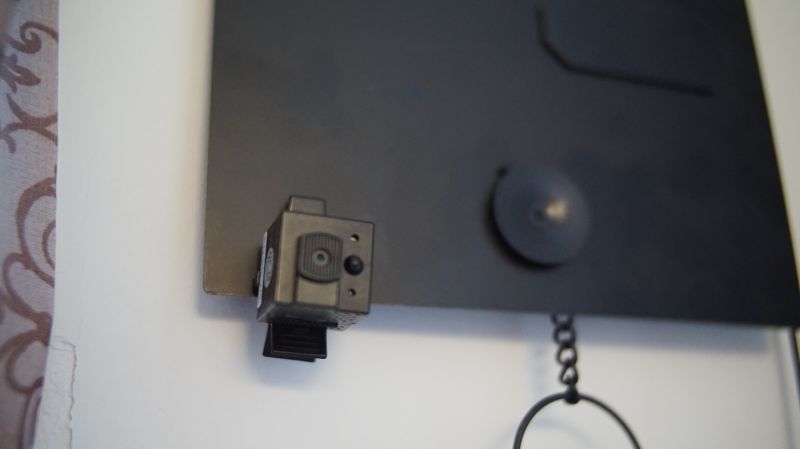 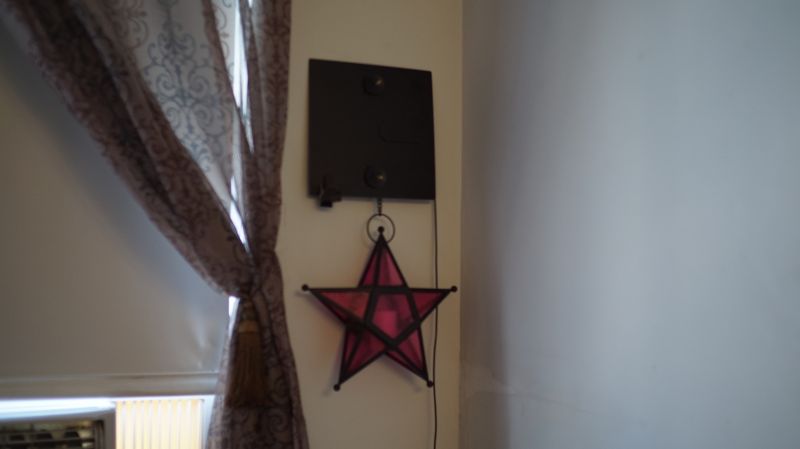 In the last photo, you can see it is barely seen or noticeable. This is great and very covert.

The Conbrov WF98 camera has an app that can control the device from anywhere. You can get the app called Mini Wifi Cam in the Google store or Apple store.  If you have an issue finding it there you can use the QR code that is in the user manual to download it. The app allows you to control more than one camera at a time. It also allows you to watch or look at videos you have recorded. With the app, you can have push notifications sent to your phone or email. This will allow you to know when the camera has been triggered.

This app is also where you will set up the WiFi to your home network.   In the app, there is a setting called alarm settings. This will give you the freedom to adjust the motion detection and day and night sensitivity. One other feature you get in this app is user settings. This allows you to set up users to be able to view your camera from anywhere.  This cam in handy for the wife she could watch and see the camera when I wasn’t able to.

Check Out My Software And App Install Here

Conbrov gives you a nice full kit. Now they claim it is the smallest WiFi camera in the world. I can’t confirm if it is or isn’t, since so many others claim that also. I’ll leave that up to you to decide. What I can tell you is the Conbrov WF98 WiFi camera is very easy to use and works well. The app works well and has only a few little issues for me. I would love to know if you have any issue with the app. So please leave a comment on this post and let me know your thoughts.

The camera is small and can be hidden almost anywhere. I have tried several spots and  I even thought about making a makeshift picture to hang on the wall with a small hole for the lens to stick through. For the price of $76.49 this camera is decently priced for what it is and the build quality that you get.  I would love to see better and longer battery life for the stand-alone feature to be a true security camera. But since I can hide the cords and leave it plugged in I won’t give them too much heck for it.

I would recommend this camera to anyone wanting a little piece of mind.