Remember the fabulous island – where a race of ancient, wise, fierce and playful cats made their home? Yes, the last time, we did an extraordinary job in rescuing them from the armies of Vesh Darkhand. Even though these noble creatures are safe now, we are not done with our mission yet. According to the latest scout Yanna Stormtree, her ancient friends are on the way to the Isle of Cats again, seeking for refugees from the previous attacks. No one knows what hardships are waiting for us this time. One thing we know for sure, they are in danger. Our citizens have been preparing the fleets, food and all the necessities for this mission. We are ready to sail. Oh, one more thing, this time, we will leave no kittens behind. 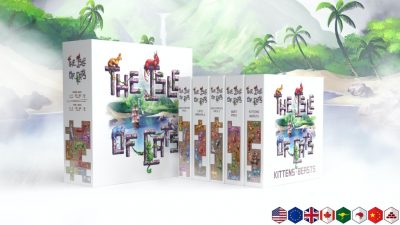 The core Isle Of Cats game still remains the same – a card drafting and cat placement board game. Players will still take place as citizens of Squall’s End with a mission to Isle Of Cats to rescue the legendary noble creatures. Players will have 5 days – or 5 rounds – to bring and fit as many cats as possible on their own boat. Each round will also have 5 phases: fishing, exploring, reading lessons, rescuing cats and rare finds. Following is a recap of each phase: 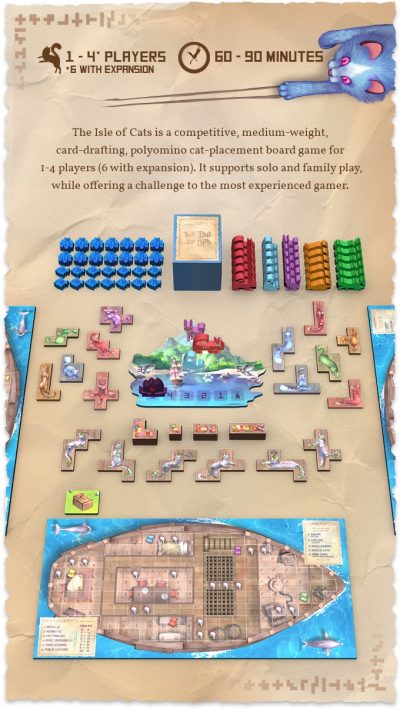 The game will keep going after 5 days. Then, everyone will start accumulating their points based on their boats: rats, rooms, the number of cat families, rare treasures, public lessons and non-public lessons.

In the newest Kickstarter, there are three more additional modules for the base game: Kittens, Beast and Event.

In addition to the new three modules, the campaign also has the pledge for the “Big 2-minute box”. With this box, players can set up the game within 2 minutes or less. This box is big enough to contain all the components of the game, from the base to all the expansions. 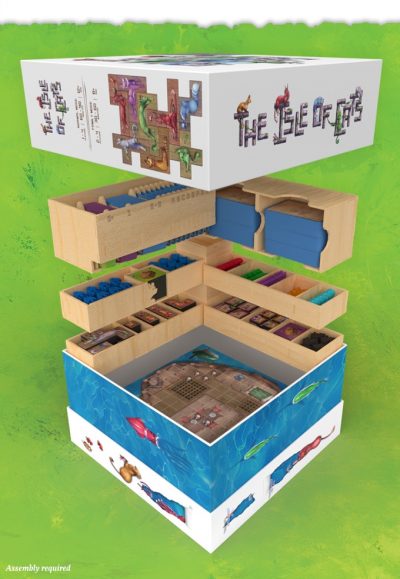 The Kickstarter Campaign will end on June 24th, at 2PM CDT. Here is the link to the campaign.